Endoscopic and histological remission are important goals to achieve in patients with ulcerative colitis (UC). We aimed to define deep remission by assessing cellular architecture, expression of molecular markers and their correlation with endoscopic scores by using ultra-high-magnification endocytoscopy and histological indices 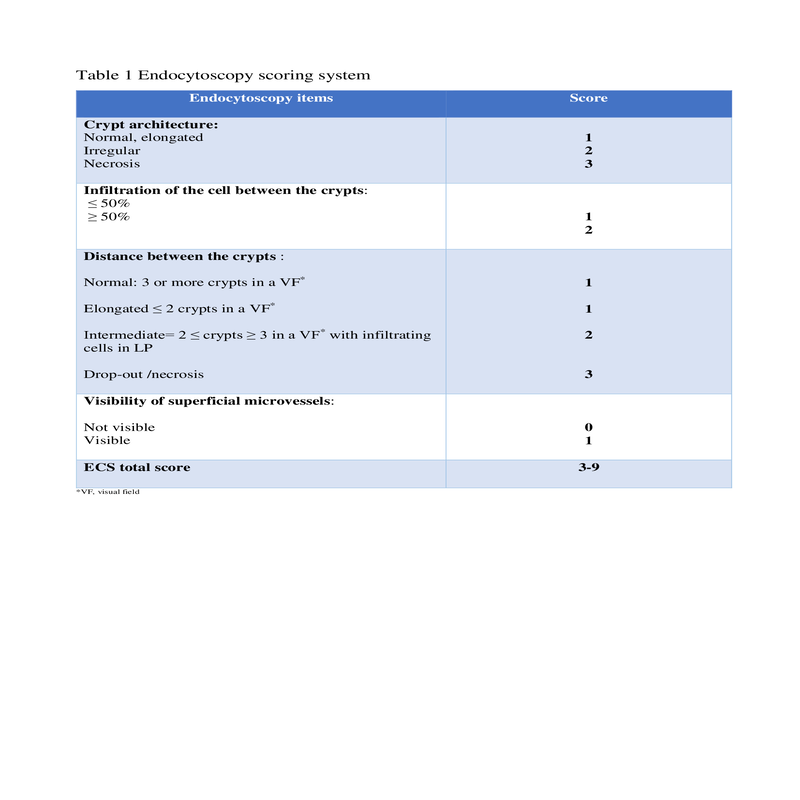 Biopsies were taken targeting either the worst affected area of inflammation or the most representive area of ER and scored according to Nancy Histopatological Index (NHI) and Robarts Histopatological Index (RHI). Histological remission (HR) is defined as NHI≤1, and RHI≤3 without neutrophils in the epithelium and lamina propria.The correlation between ECSS and MES and with histological scores were determined. 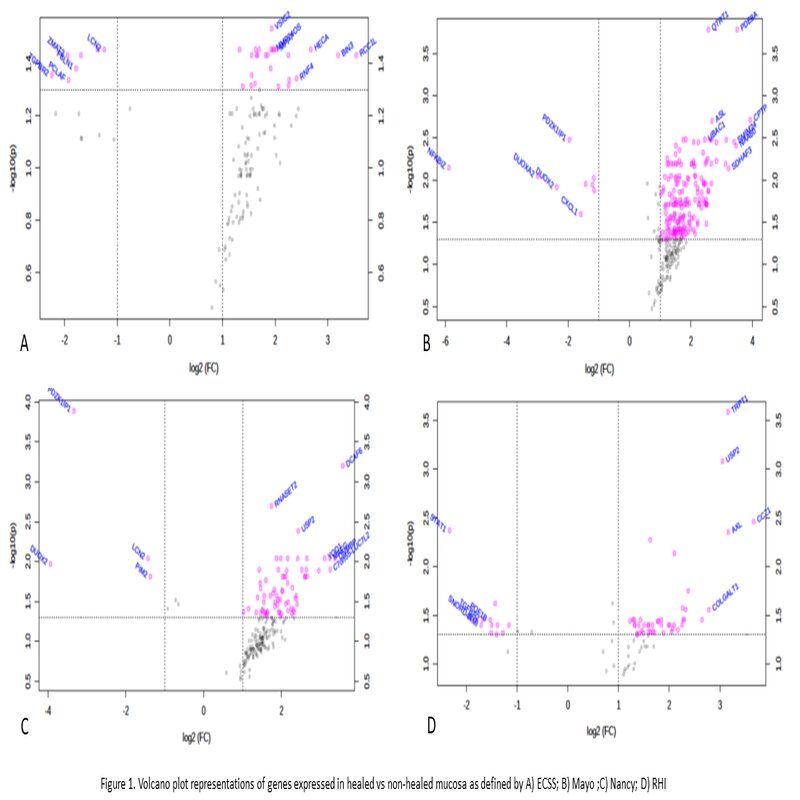 ECS may sit between endoscopy and histology but closer to the latter and identifies gene expression markers and pathways that are also detected by histology.