DOP21 Time to first treatment with biologic agents for ulcerative colitis and Crohn’s disease across four Nordic countries: Results from the TRINordic study

This retrospective observational study collected data from the National Patient Registries and National Prescription Registries in Sweden (data on biologic use was only available for Stockholm [STK], Norway [NOR], Denmark [DEN]) and one university hospital database (Turku, Finland [FIN]) during 2010–2017 to investigate time from diagnosis to first biologic treatment for UC and CD. Patients with ≥2 ICD-10 diagnosis codes for UC (K51) or CD (K50) from 2010 or later were included; patients were classified according to their last code. The look-back period for SWE was until 2000, for NOR until 2008, for DEN until 1995, and for FIN until 2004. Time to first biologic was defined as the period from the first UC or CD code to first biologic record. In FIN, it was only possible to investigate infliximab (IFX). 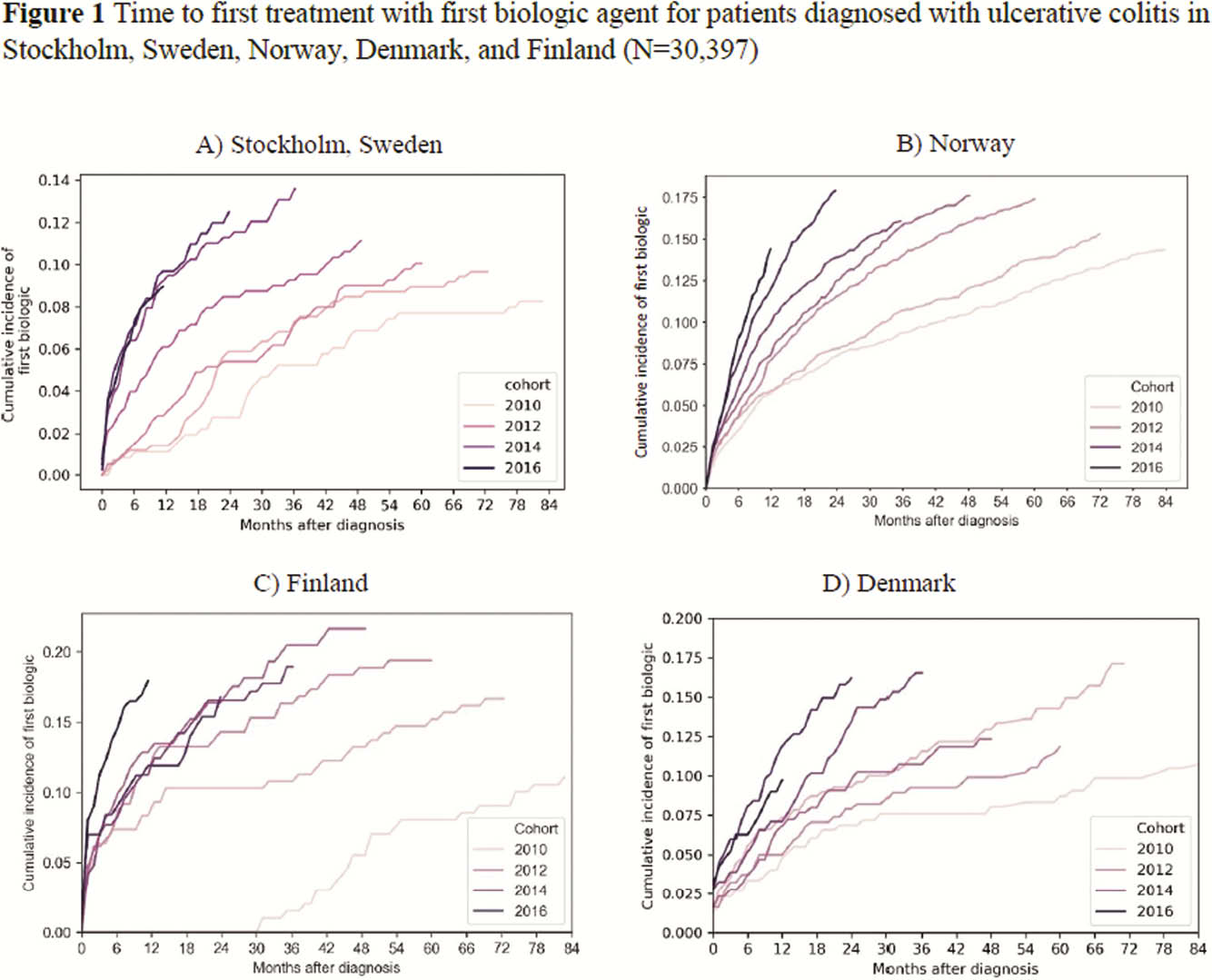 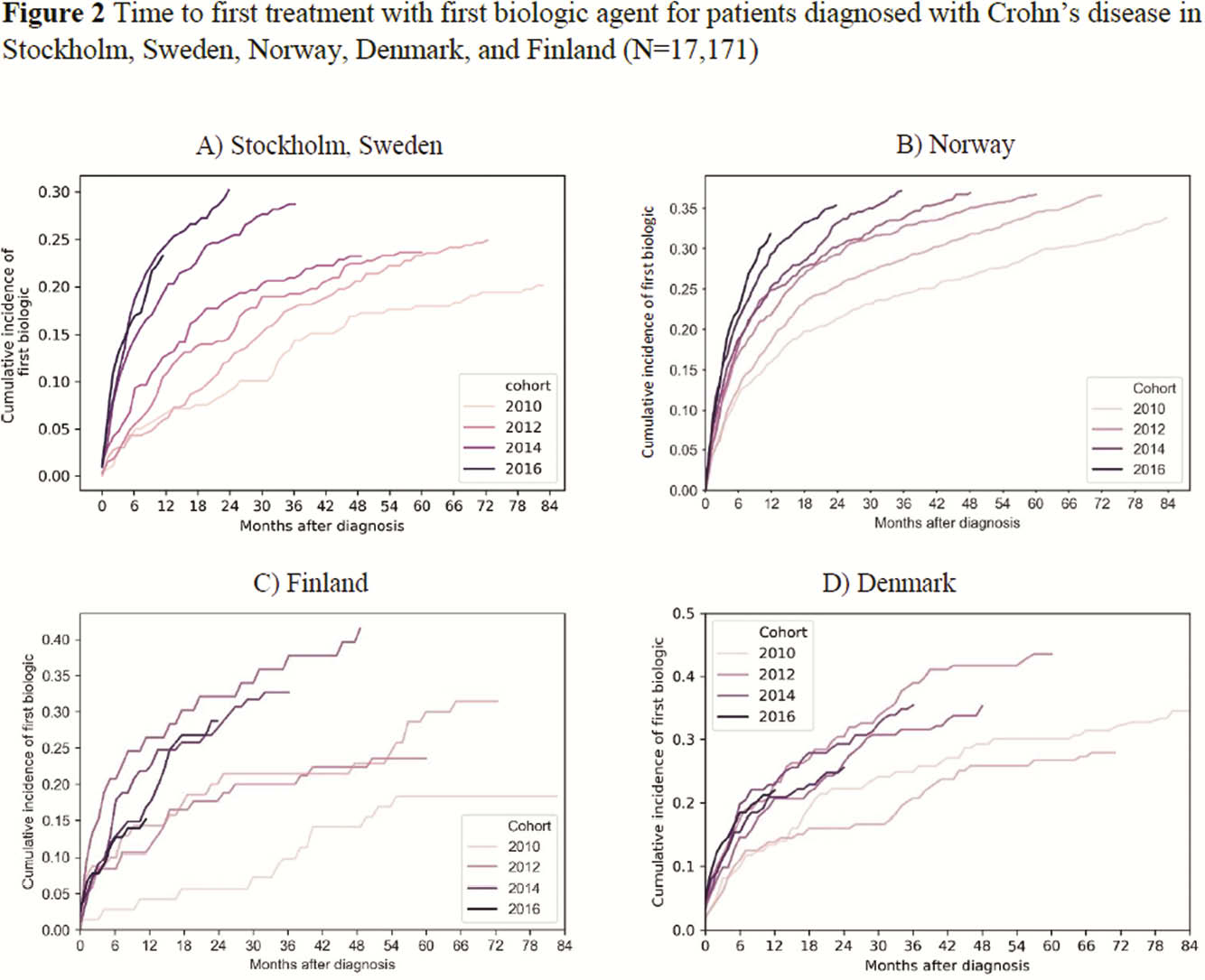