The Holy Grail in chronic inflammatory diseases is the identification of biological markers which might explain the heterogeneity of disease manifestations and predict responses to treatment. The aim of this study was to identify immunological subgroups of patients with UC and to test responsiveness to adalimumab in these subgroups in the mouse model of ulcerative colitis (UC), which is based on NOD/scid IL-2Rγ null (NSG) mice reconstituted with peripheral blood mononuclear cells (PBMCs; NSG-UC).

The immunological profiles of 40 UC patients and 16 non-UC donors were determined by flow cytometric analysis of PBMCs in a snapshot and longitudinal study and analysed by principal component (PCA), orthogonal partial least square discrimination (oPLS-DA)- and hierarchical clustering analysis. NSG mice were reconstituted five times at consecutive time points with PBMCs from a single donor and were analysed for frequencies of human leukocytes, histological phenotype and levels of calprotectin (CRP) and transforming growth factor (TGF)-β. The response to adalimumab was tested in the NSG-UC model reconstituted with PBMC from patients clustering in group I ( 2) or II ( 2). Readout were the clinical, colon and histological scores, serum levels of glutamic and aspartic acid and interleukin (IL)-6 and IL-1β. The response was analysed by PCA. 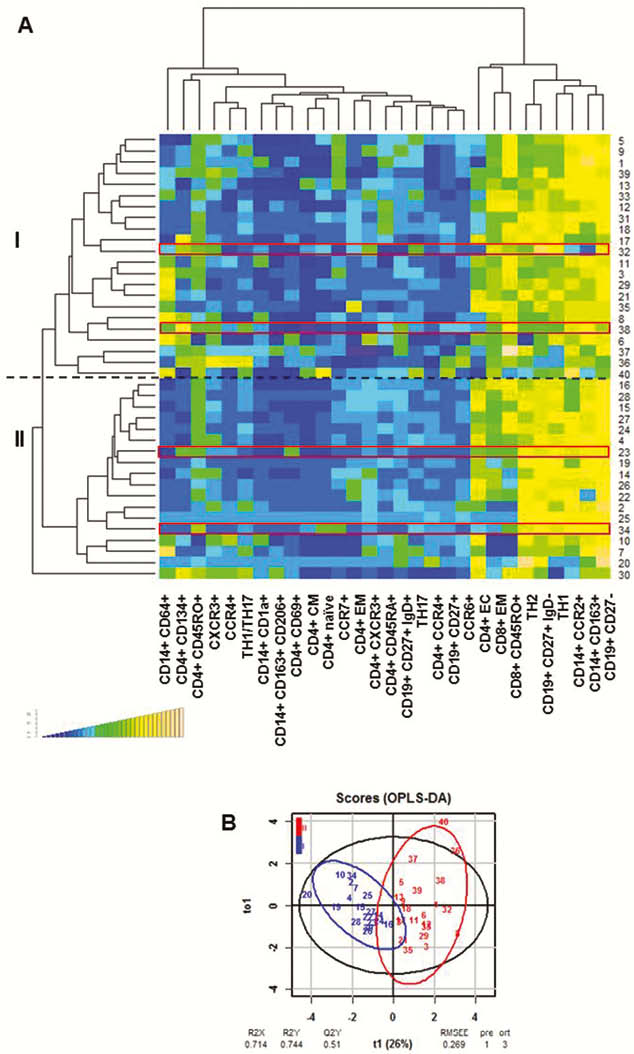 Patients analysed in longitudinal studies switched from one group to the other. Thus, these subgroups reflected the dynamics of inflammation in patients. Mice reconstituted five times at consecutive time points with PBMC from one donor achieved an immunological phenotype reflecting the one of the Patient at that time point. Like the patient, mice switched from a pro-inflammatory phenotype (group II) to an M1 monocyte driven inflammation (group I). 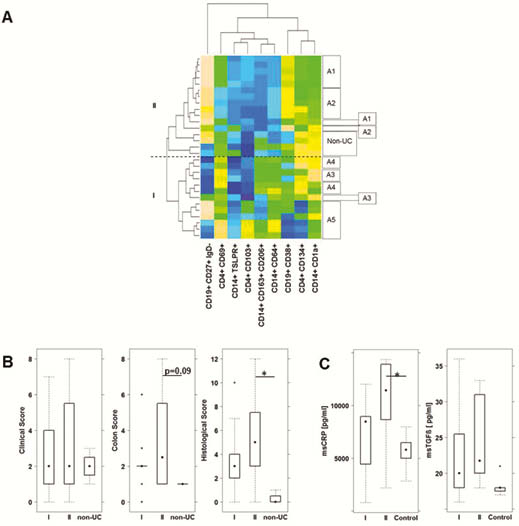 In mice, group II was characterised by a severe influx of inflammatory cells and oedema whereas group I was signified by extensive fibrosis. This observation was corroborated by colonic CRP and TGFß levels. CRP levels were significantly higher in group II, whereas TGFβ levels were increased in group I. PCA analysis revealed that mice reconstituted with PBMC from group II responded better to treatment with adalimumab than mice from group I. 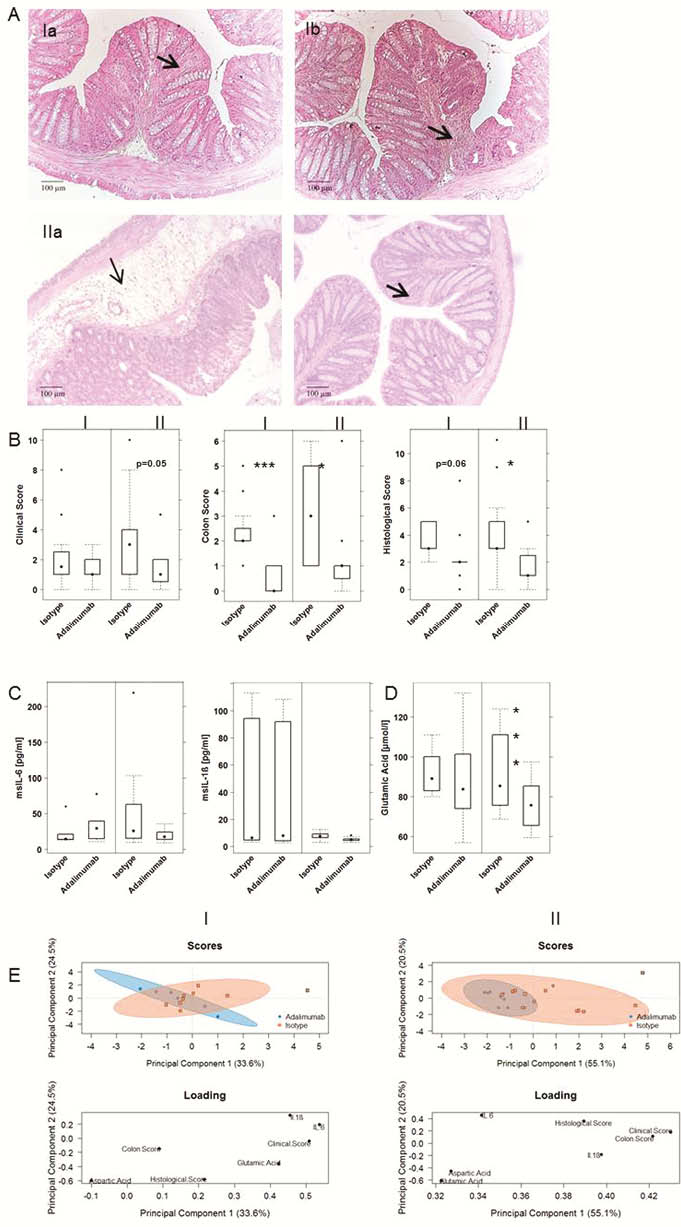 The combination of profiling and testing of therapeutics in the NSG-UC model may ultimately lead to individualised and phase-dependent therapies.