U-ACHIEVE and U-ACCOMPLISH were multicentre, double-blind, PBO-controlled trials that enrolled patients who have had moderately to severely UC with an Adapted Mayo Score of 5 to 9 points and centrally reviewed endoscopy subscore of 2 to 3. A total of 998 patients were randomized to receive UPA 45mg once daily (QD) (n=658) or PBO (n=328) for 8 weeks (wks) in a 2:1 ratio. First dose of study drug was administered on Day 0. Improvement in symptoms including stool frequency subscore (SFS), rectal bleeding subscore (RBS), abdominal pain, and bowel urgency were analysed from daily symptom diary data. Multivariate regression analysis was used to determine if early changes in UC symptoms could be used to evaluate a potential correlation with patients’ likelihood of achieving clinical response or clinical remission per Adapted Mayo score at the end of induction. 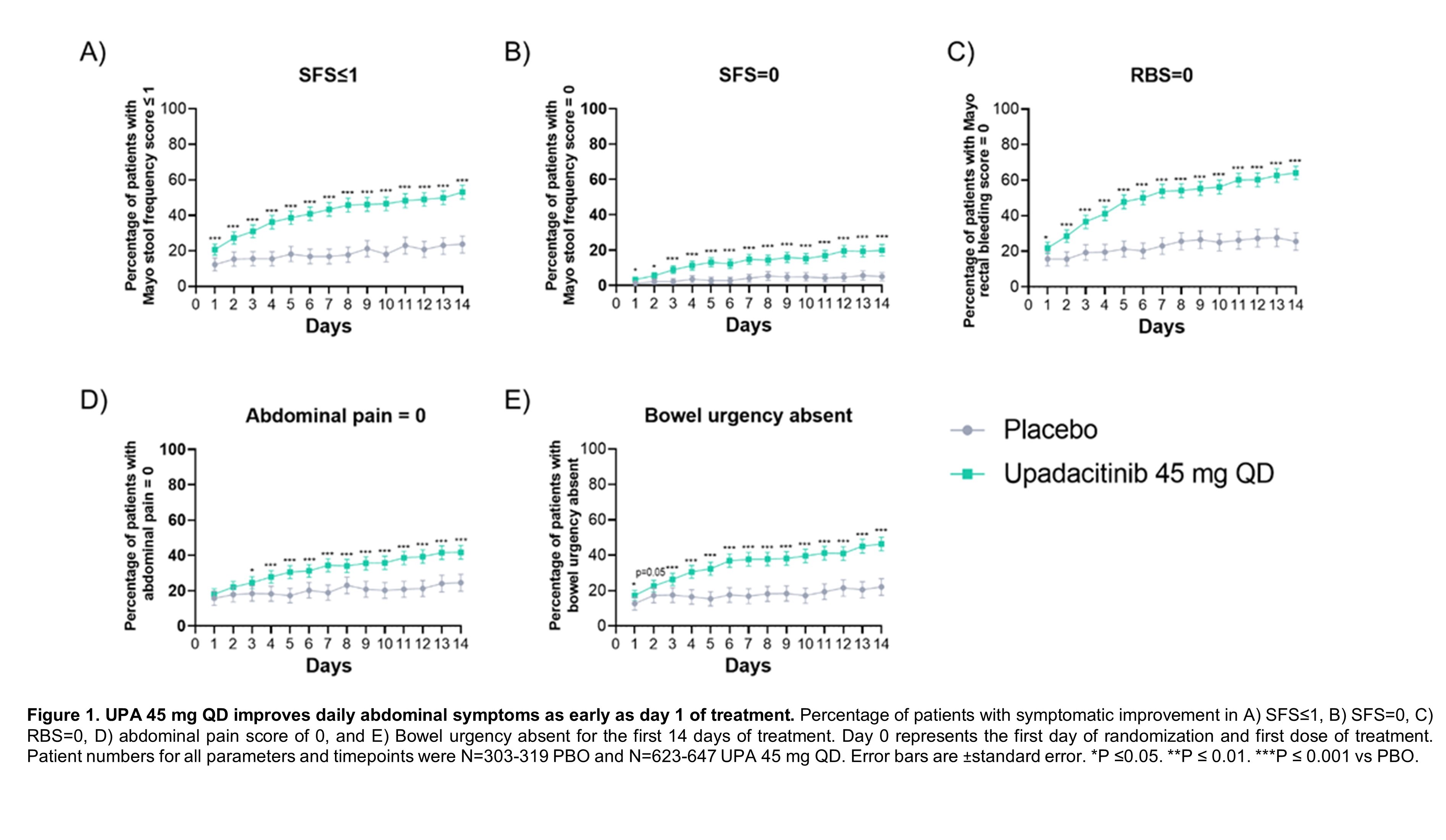