Recent advances in ulcerative colitis (UC) endoscopic surveillance such as high-definition imaging and greater chromoendoscopy (CE) use have led to an increase in detection and resection of visible dysplasia. An updated study of prognosis of low-grade dysplasia (LGD) is needed to address uncertainty as to the accuracy of progression rates based on historical studies.

This retrospective cohort study involved four UK IBD centres. Hospital and endoscopy pathology databases were searched between 1 January 2001 and 30 December 2018 to identify adult patients with UC who had their first LGD diagnosis diagnosed within the extent of colitis. Only patients followed up with at least one colonoscopy or colectomy by 30 August 2019 were included. The study endpoint was time to high-grade dysplasia (HGD) or cancer (CRC), i.e. advanced neoplasia (AN), or end of follow-up. Survival analyses were performed using Kaplan–Meier estimation and Cox proportional hazards (PH) models.

In total, 460 patients met the inclusion criteria and were followed up for a median of 4.1 years (IQR 6), equating to 2,232 patient-years. A mean of 3.7 (range 0–17) subsequent colonoscopies was performed per patient. Seventy-seven per cent of patients had CE surveillance. Complete endoscopic resection was achieved in 94% and 64% of the polypoid and non-polypoid LGD, respectively. There was progression to AN in 88 cases (19%) during follow-up. There was no significant difference in AN progression between centres. Unresectable non-polypoid or invisible LGD carried the greatest risk of AN development (Figure 1). 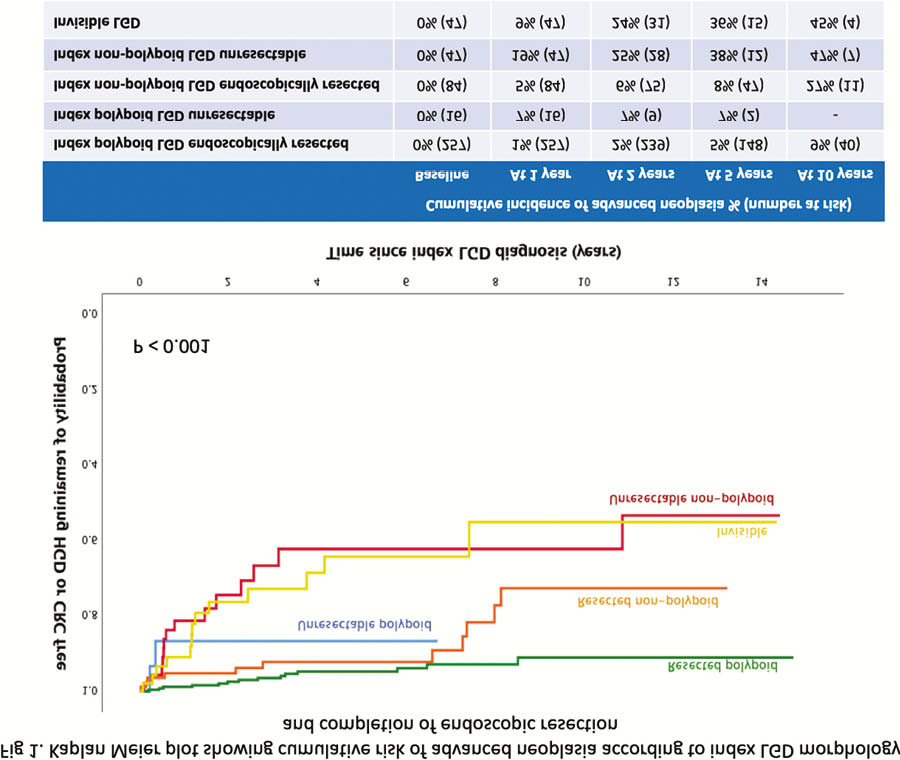 On univariate Cox PH analysis, CE use was protective against AN progression (HR 0.5; 95% CI 0.3–1.0; 0.04). However, only highly significant predictors of LGD progression to AN on univariate analysis (Bonferroni adjusted 0.003), were entered into the multivariate model:

Cumulative risk of AN increased with the number of risk factors (Figure 2). 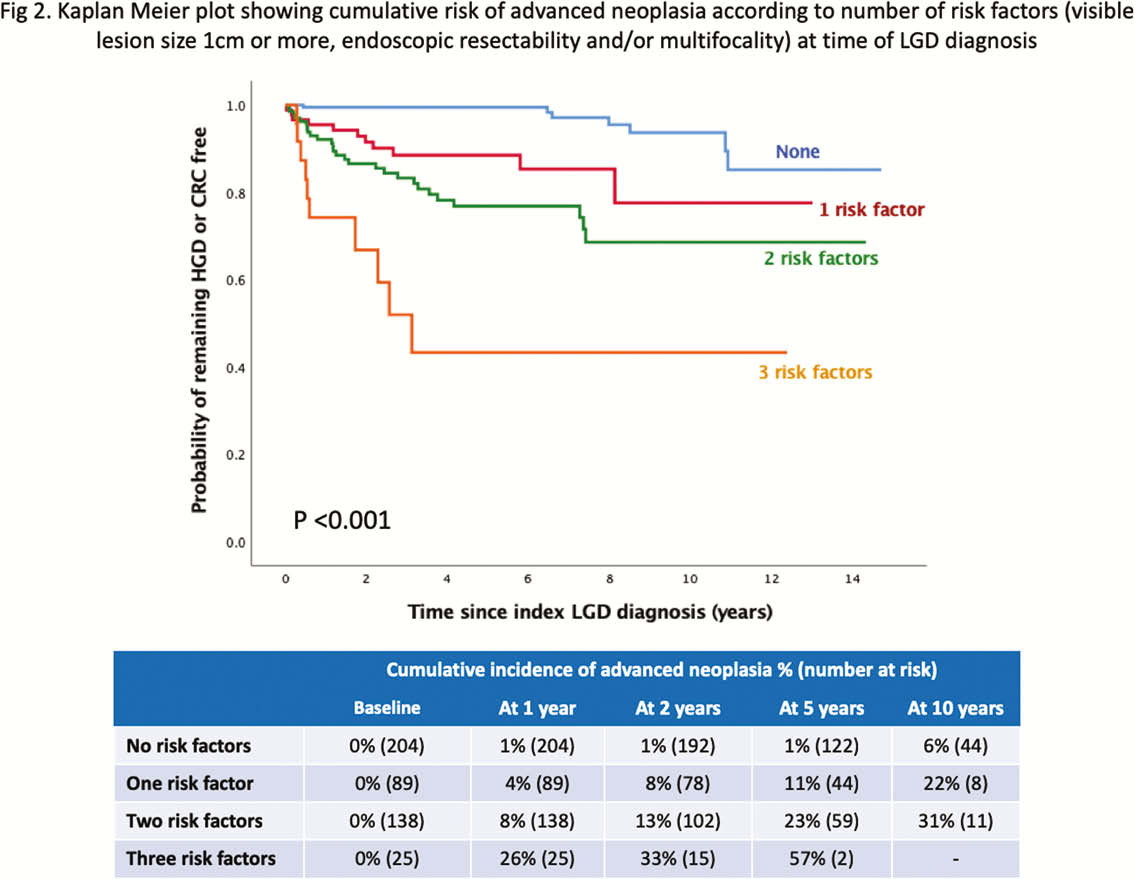 This is the largest study examining prognosis of LGD, based on endoscopic features, in this century. Five-year cumulative incidence of AN is low after complete endoscopic resection of visible LGD without surrounding dysplasia. Lesion size of 1 cm or more, invisibility, multifocality and unresectability of LGD are significant risk factors for progression to AN. These factors should be taken into consideration when discussing management options with patients.