DOP43 The risk of extra-intestinal cancer in inflammatory bowel disease (IBD): A systematic review and meta-analysis of population-based cohort studies

Patients with Crohn’s disease (CD) and ulcerative colitis (UC) are at increased risk of developing intestinal cancer compared with the background population. However, less is known about the risk of extra-intestinal cancers (EICs). A previous meta-analysis did not find an increased overall risk of EICs but was limited by the scarcity of available studies and the short length of follow-up in those cohorts. The aim of this study was to conduct a systematic review and meta-analysis of population-based cohorts assessing the risk of EICs in inflammatory bowel disease (IBD) patients.

A systematic literature search was carried out. Only population-based studies reporting on the prevalence or incidence of EICs were included. All studies were screened (603), and included studies were quality assessed by two investigators (BL, MZ). Studies eligible for meta-analysis were pooled for events, expected events or events in a control-population, and the length of follow-up in patient-years. A meta-analysis of the overall and site-specific risk of EICs and a stratified analysis of the cohorts (according to whether there were most patients followed before or after the year 2000) were conducted.

In total, 36 studies were included in the systematic review and 14 studies were included in the meta-analysis. The majority of the studies reporting on the overall risk of EICs in their respective cohort were inconclusive due to lack of power. In the meta-analysis, the overall risk of EICs was found to be increased in both CD (IRR: 1.45 [1.26, 1.67]) and UC (IRR: 1.15 [1.02, 1.31]) patients (Figures 1 and 2). The stratified analysis showed a significant increased risk of EICs among CD patients both before (IRR: 1.58 [1.09, 2.28]) and after (IRR: 1.47 [1.28, 1.69]) the year 2000, while no increased risk was found among UC patients. Assessing site-specific EICs, both CD and UC patients demonstrated an increased risk of skin and hepatobiliary malignancies. Furthermore, CD demonstrated an increased risk of haematological and lung malignancies (Figures 3 and 4). 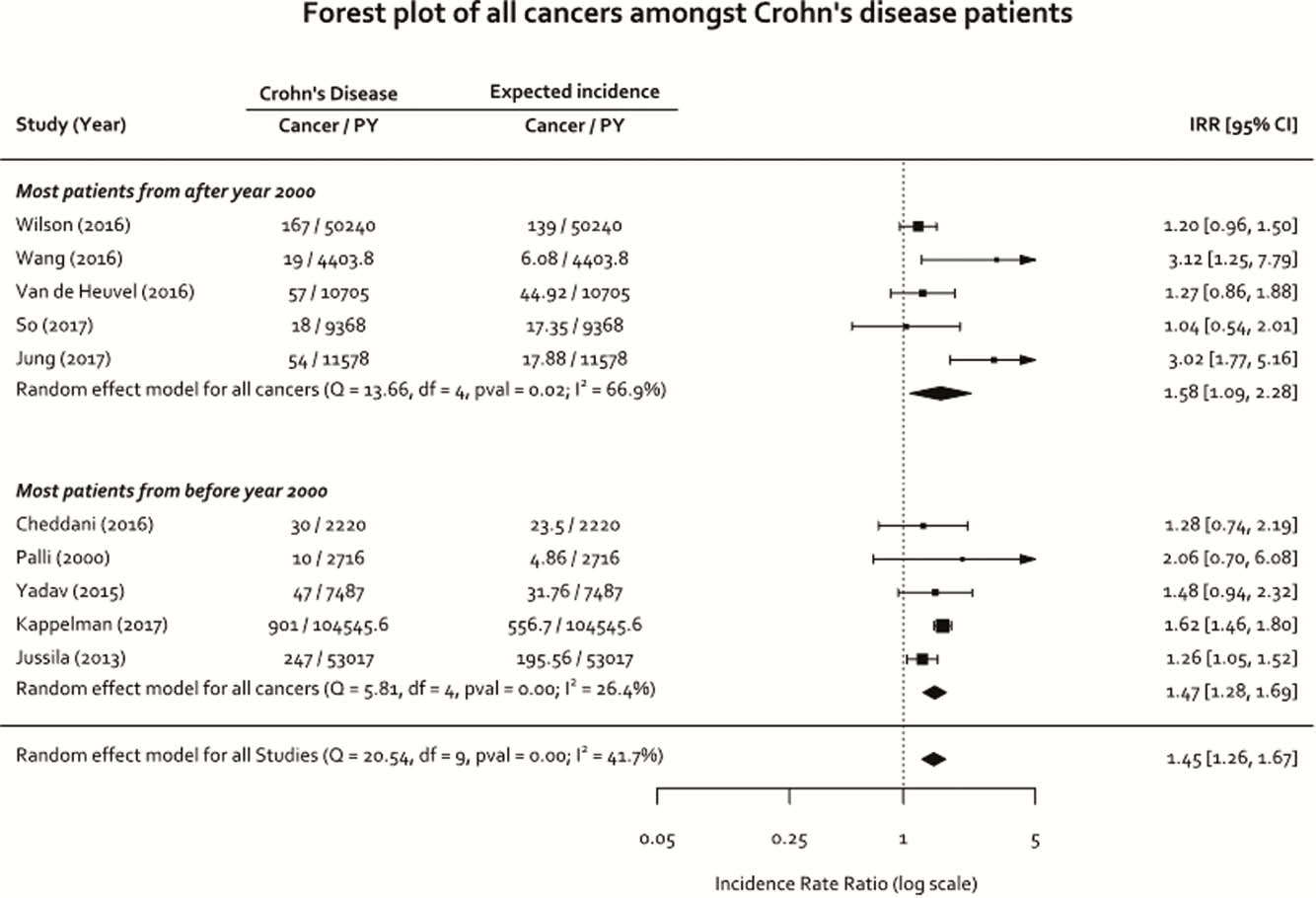 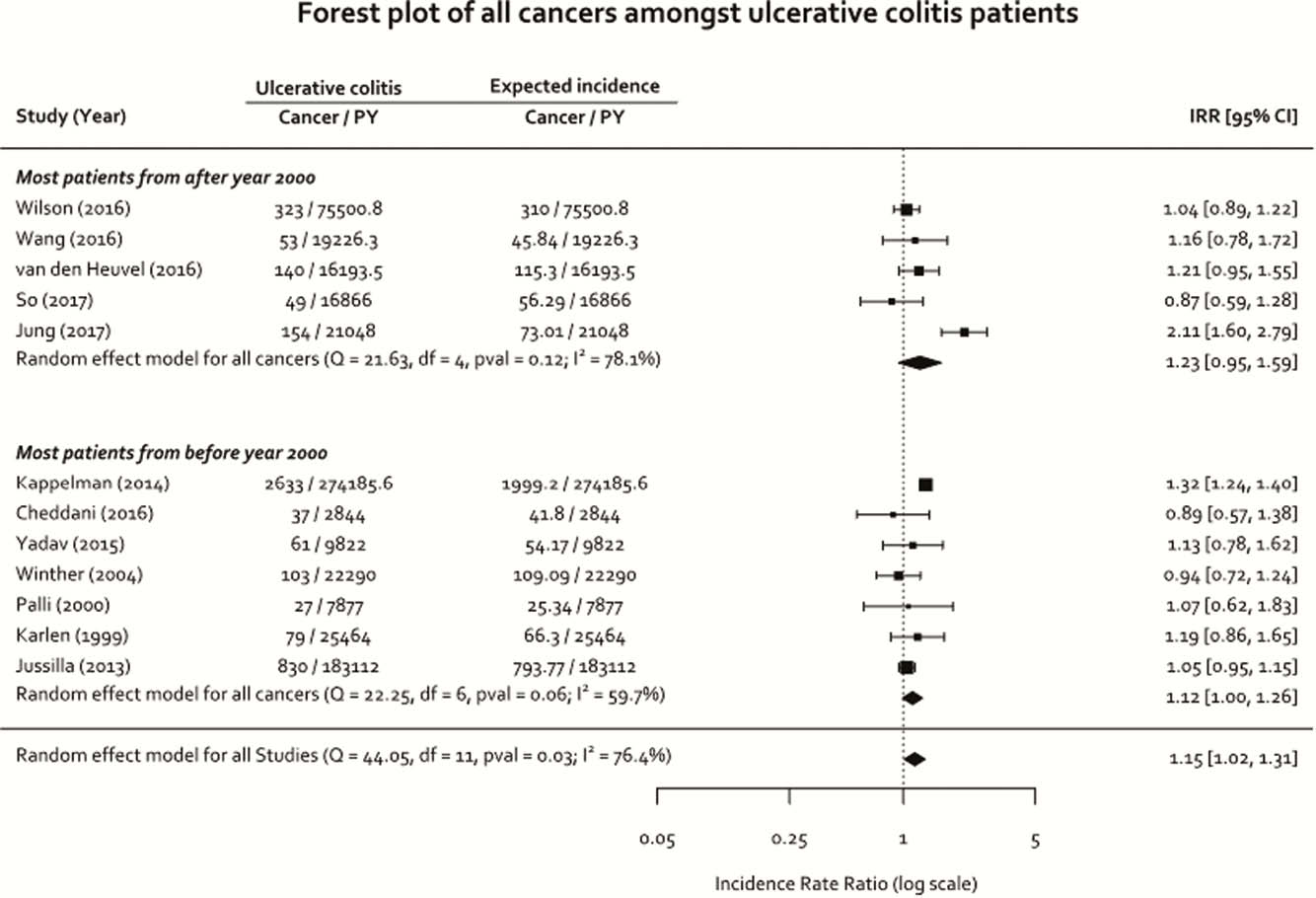 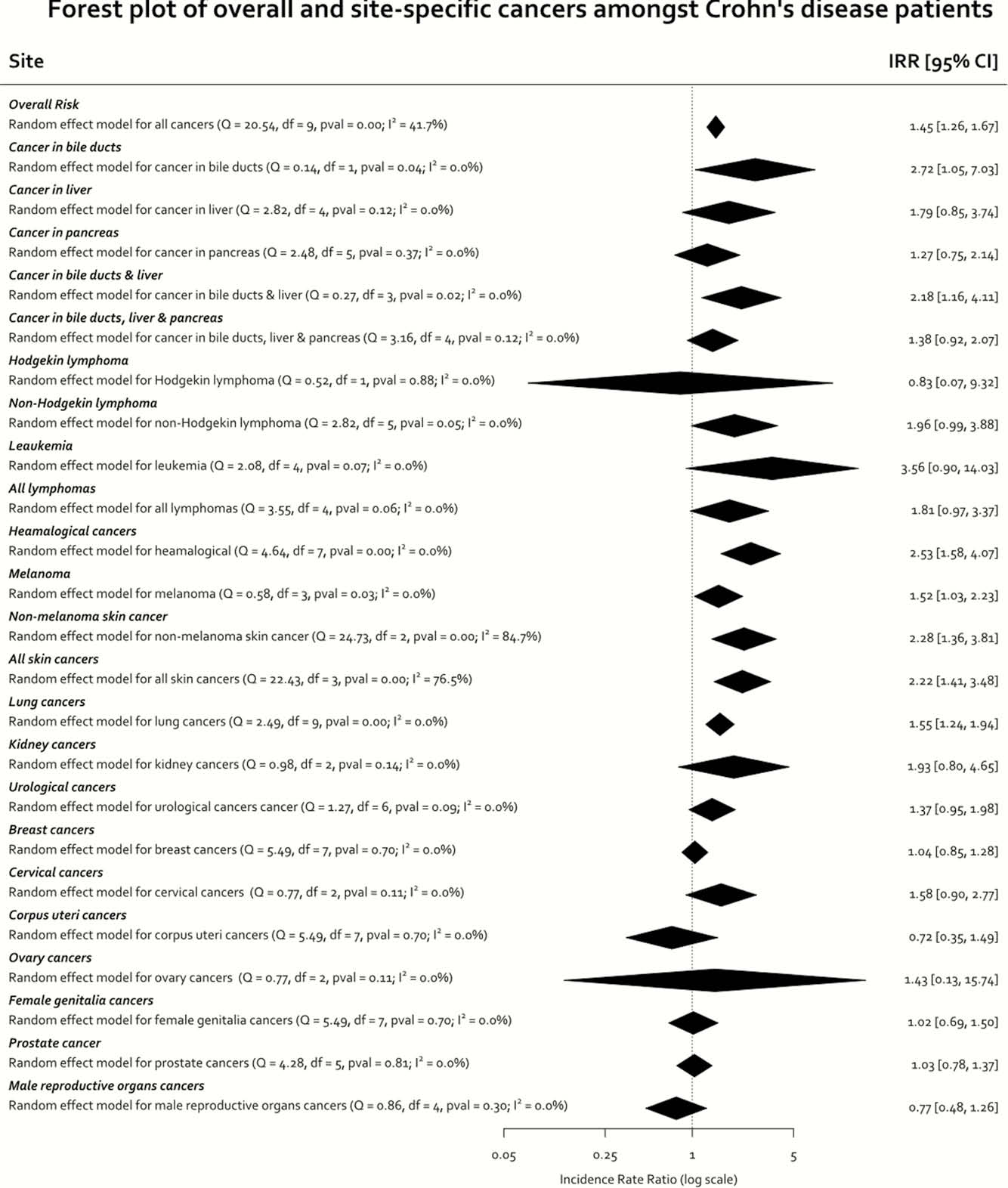 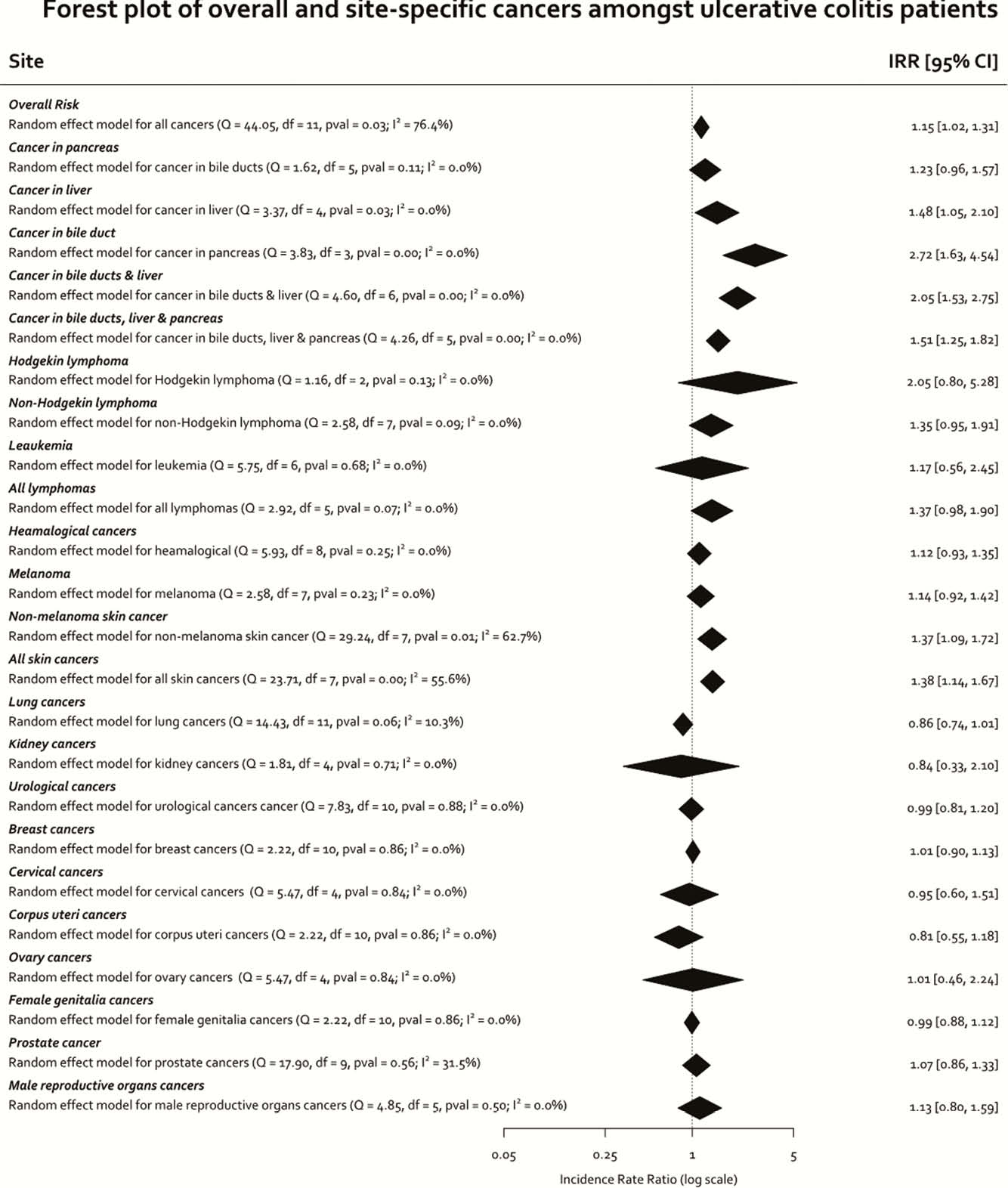 In conclusion, this systematic review and meta-analysis demonstrated that IBD patients, both CD and UC patients, are at an increased risk of developing EICs; both overall and at specific sites. The transition of the millennium did not increase the risk of EICs in CD or UC patients. However, more studies with longer follow-up are needed to assess the true risk of EICs posed by IBD.