Family history of inflammatory bowel disease (IBD) is the strongest risk factor for IBD. There currently, however, is limited understanding of the contribution of genetic risk to familial aggregation of IBD. We aimed to evaluate the association between the IBD polygenic risk score (PRS) and familial IBD, and determine its contribution to familial IBD.

We included 54 multiple-affected families (≥3 first-degree relatives affected) of European ancestry, including 189 affected IBD patients (156 Crohn’s disease; 33 ulcerative colitis), and 133 unaffected relatives. For all individuals, Immunochip genotypes were available. Weighted PRSs with estimates derived from literature were calculated using PRSice-2.0, including clumping and different -value thresholds (pT) to select which variants to include in the score. Explained variance (Nagelkerke pseudo-R²) was calculated across different pTs. To account for possible intra-familial correlations, the association between PRS and familial IBD was evaluated in age- and sex-adjusted generalised mixed regression models including family as random effects. Sporadic cases ( 1768) and non-IBD controls ( 868) with Immunochip genotypes were used for comparison. 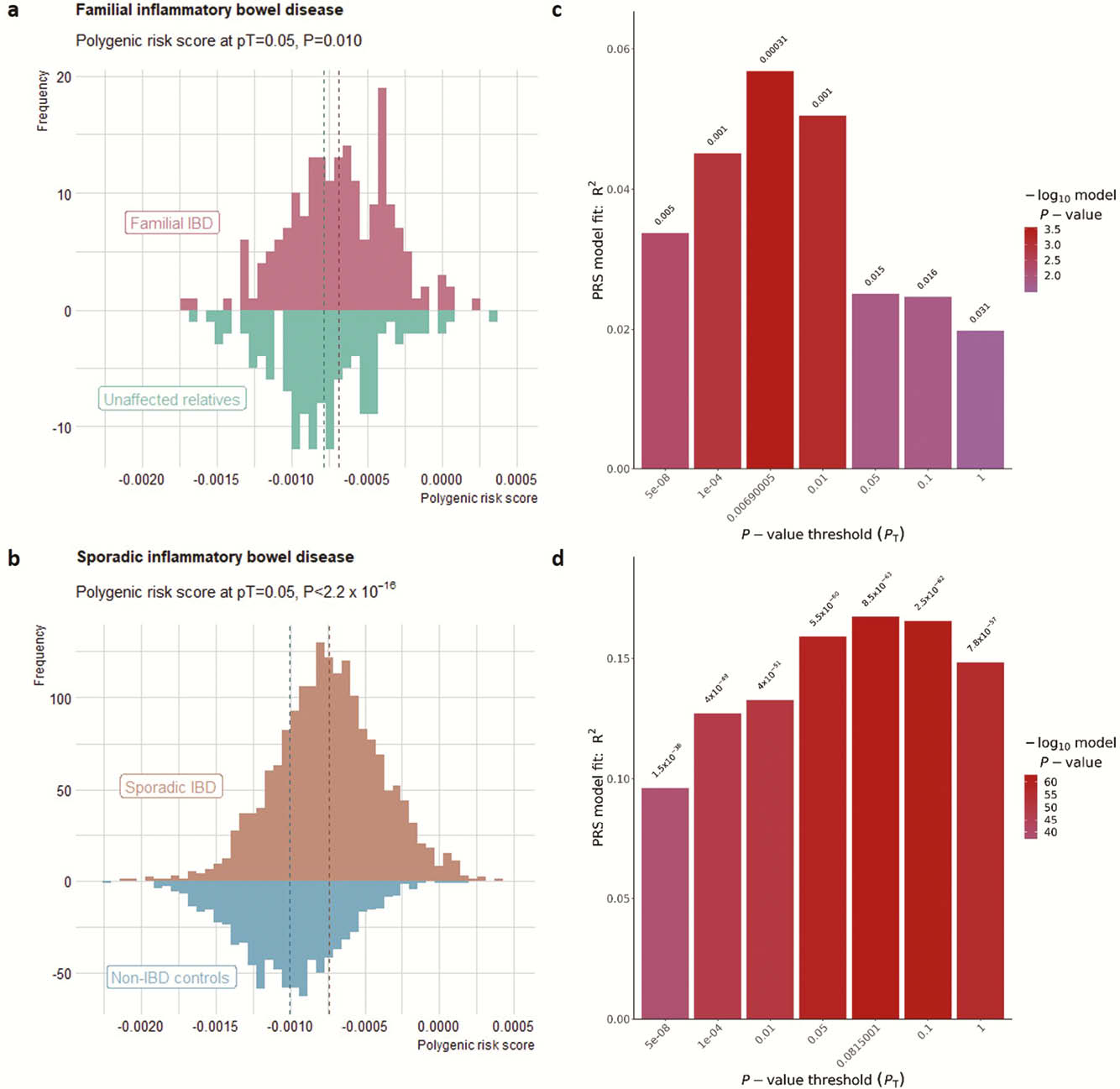 Higher IBD polygenic risk increases the risk for familial IBD as it does for sporadic IBD. In sporadic IBD, the increased risk is defined by variants of all -value levels (until ~pT = 0.1). In familial IBD, the difference between those affected or not is in the higher-effect variants ( < 0.01).