Gene expression analyses on IBD tissue are dominated by analyses of biopsy homogenates that are highly heterogeneous due to a difference in cell populations when contrasting inflamed vs. healthy mucosa. We wished to characterise the inflammatory activity of the isolated epithelial monolayer (EM), avoiding the infiltrating inflammatory cells, thereby form a comprehensive understanding of the epithelium’s role in IBD pathobiology. 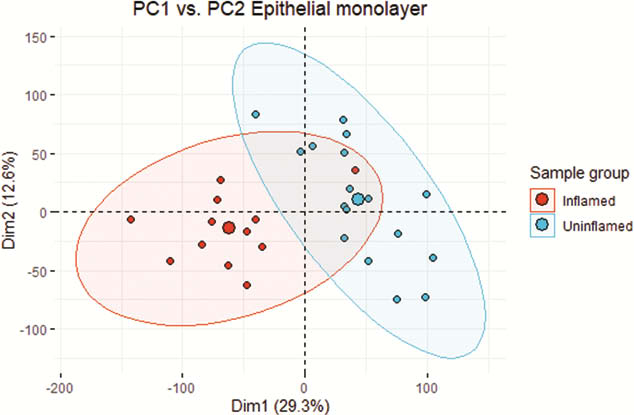 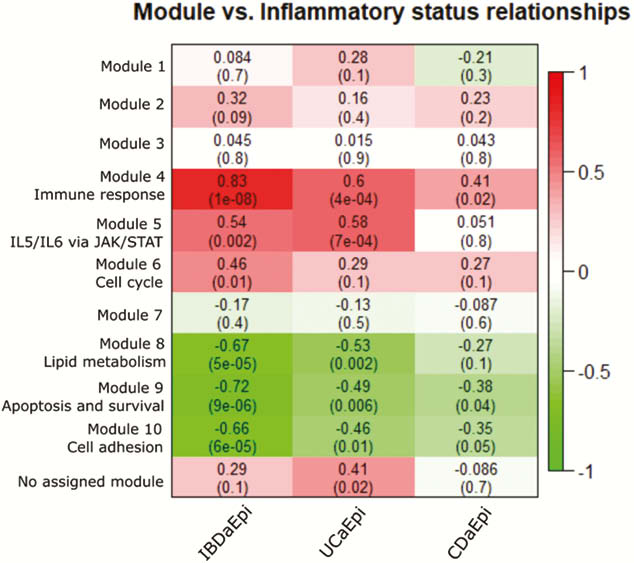 Our analyses suggest that the involvement of the EM in IBD inflammation goes far beyond acting as a barrier. The largest genetic modules are dominated by genes important for inflammatory regulation, suggesting that the EM is much more involved in these processes than what is commonly understood. This study lends support to further analyses of interplay between epithelial cells and immune cells, particularly in a pro-inflammatory environment.