Treatment of inflammatory bowel diseases (IBD) is associated with multiple side effects, such as malignancies and infections, that may be more common in the elderly population. The aim of this study was to compare the safety and efficacy of vedolizumab (VDZ) in young and elderly patients.

This is a binational, multicentre, retrospective, case–control study consisting of patients from multiple centres in Israel and from Edinburgh, UK. IBD patients in whom VDZ treatment was initiated during 2015–2019, and were followed for at least 14 weeks, were included in the study according to their age groups: ≤40 years or ≥60 years. Patients were matched for disease duration, classification and severity. 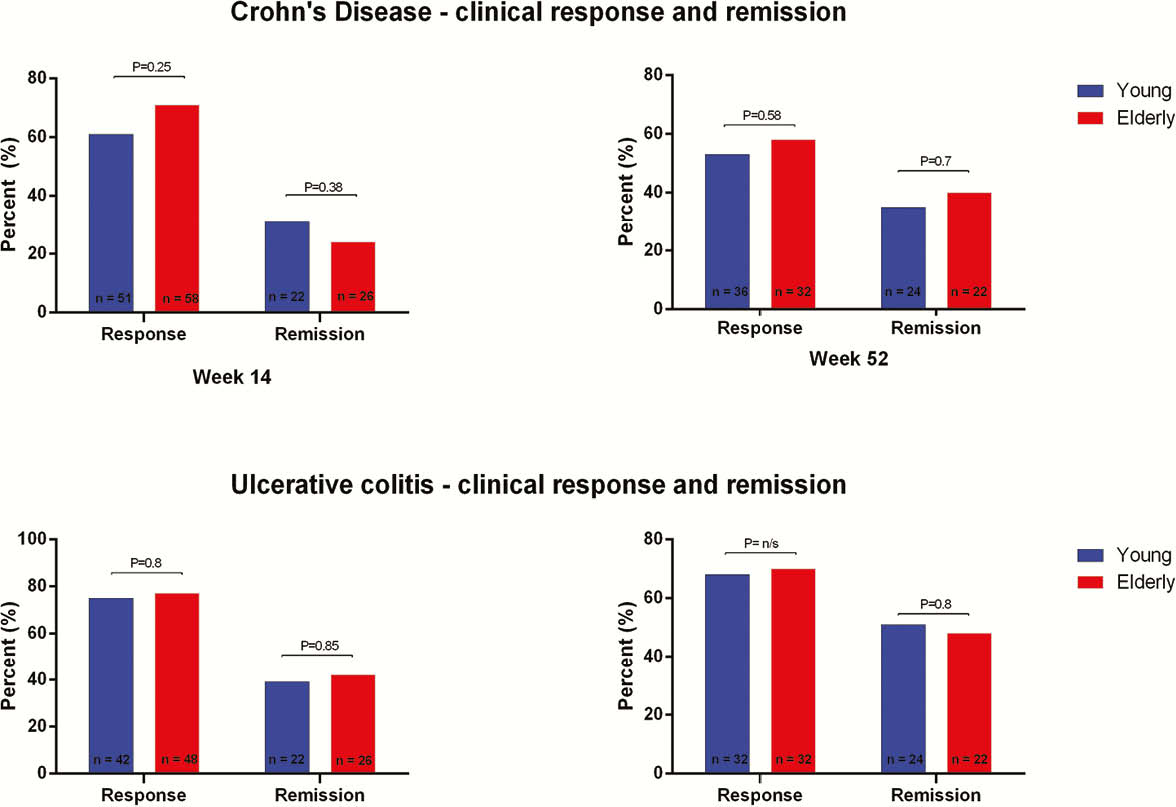 VDZ is equally effective in elderly and young IBD patients. This study shows an increased risk of overall infections in the elderly cohort, it is unclear whether these are related to VDZ treatment or the age and background diseases of these patients. In elderly patients, the use of VDZ before anti-TNF therapy may improve response and remission rates.