DOP70 Anti-TNF withdrawal according to a risk-stratified protocol does not reduce the risk of relapse in patients with Inflammatory Bowel Disease in endoscopic remission: A prospective study

Discontinuation of anti-tumour necrosis factor alpha agents (anti-TNF) in patients with inflammatory bowel disease (IBD) in remission may reduce side effects and costs, but this has to be weighed against the risk of relapse. We developed a risk-stratified protocol for anti-TNF withdrawal, and aimed to assess the risk of relapse after risk-stratified anti-TNF withdrawal.

This was a single arm prospective observational cohort study. Patients were recruited between September 2018-2020 in 13 hospitals in the Netherlands. Inclusion criteria were a diagnosis of IBD, age >18 years, elective anti-TNF withdrawal in a patient with quiescent disease (according to the treating physician), no current or planned use of vedolizumab, ustekinumab or tofacitinib, no hospitalization, and no active or planned pregnancy. According to the protocol, patients were recommended to withdraw anti-TNF only when in endoscopic remission either without high-risk criteria (age at diagnosis <18 years, and for Crohn’s disease [CD]: smoking, stricturing/penetrating disease behaviour, small bowel resection >50cm), or when trough levels were undetectable. We constructed Kaplan-Meier curves with log-rank test to compare the risk of relapse in patients who discontinued anti-TNF in accordance with, versus against, the protocol. Cox regression analysis was performed to identify predictors of relapse. 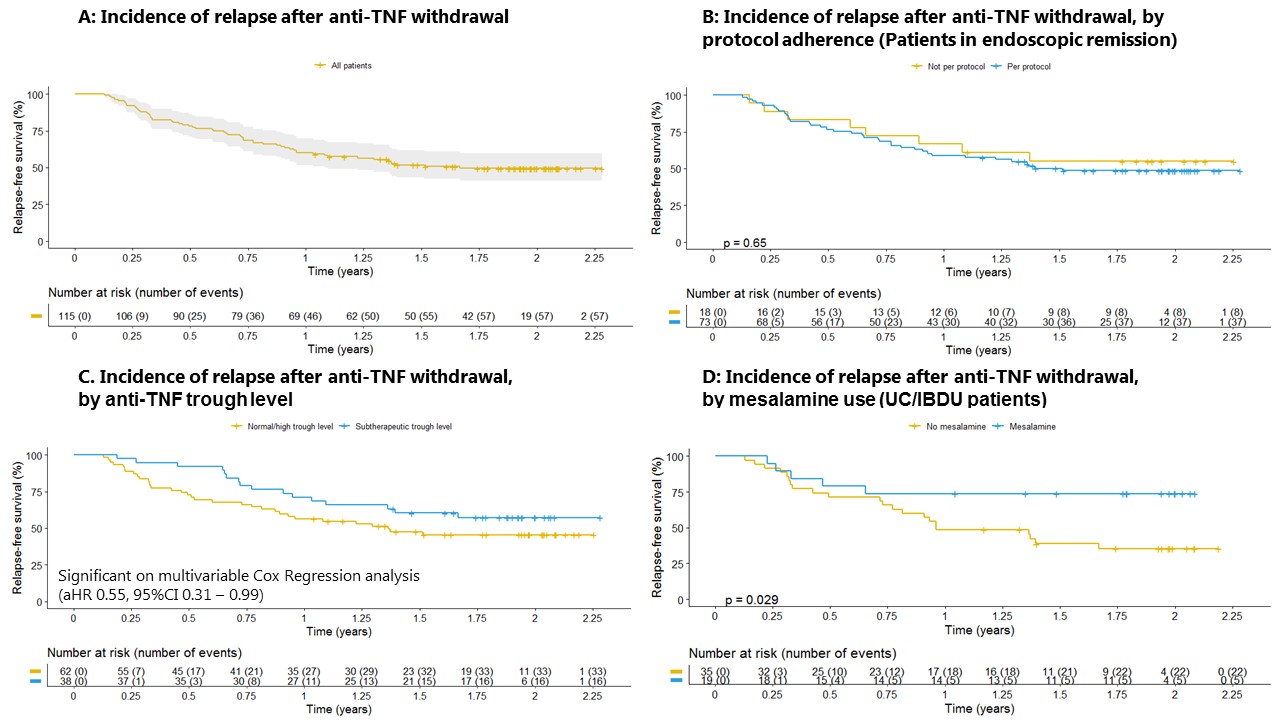