We performed a retrospective analysis of data from three health maintenance organizations, covering 89% of the Israeli population. All patients with IBD and available ADA levels were included. Survival analysis using Kaplan-Meier and multivariate Cox proportional hazards regression with drug use as time varying covariates methods were used to assess the association between specific antibiotic use and ADA development. C57BL and germ free mice were treated with respective antibiotics followed by immunization with infliximab. ADA were assessed after 14 days.

We analyzed 1,946 patients treated with anti-TNF. Positive ADAs were detected in 363 patients (18.6%). Age, gender and concomitant use of immunomodulators where comparable in patients who eventually developed ADAs or not. However, infliximab and not adalimumab therapy, previous anti-TNF therapy and higher baseline C-reactive protein levels were significantly associated with ADA development in univariate analysis. Kaplan-Meier curves of prior antibiotic use demonstrated significant hazard of ADA development in patients who used cephalosporins or penicillins with beta-lactamase inhibitors (BLI) and reduced risk with prior use of fluoroquinolones, macrolides or metronidazole (Figure 1) with early risk divergence for most classes. Multivariable Cox proportional hazards model adjusted for multiple factors associated with ADA development was overall consistent with Kaplan-Meier estimates (Figure 2). In mice exposed to infliximab, increased ADA production by cefuroxime treatment and a non-significant reduction following azithromycin treatment was noticed (Figure 3). Germ free mice produced no ADA.

Figure 1. Kaplan-Meier curves of cumulative risk of ADA development for prior use of specific antibiotics. P value for the log rank test is presented in each plot. 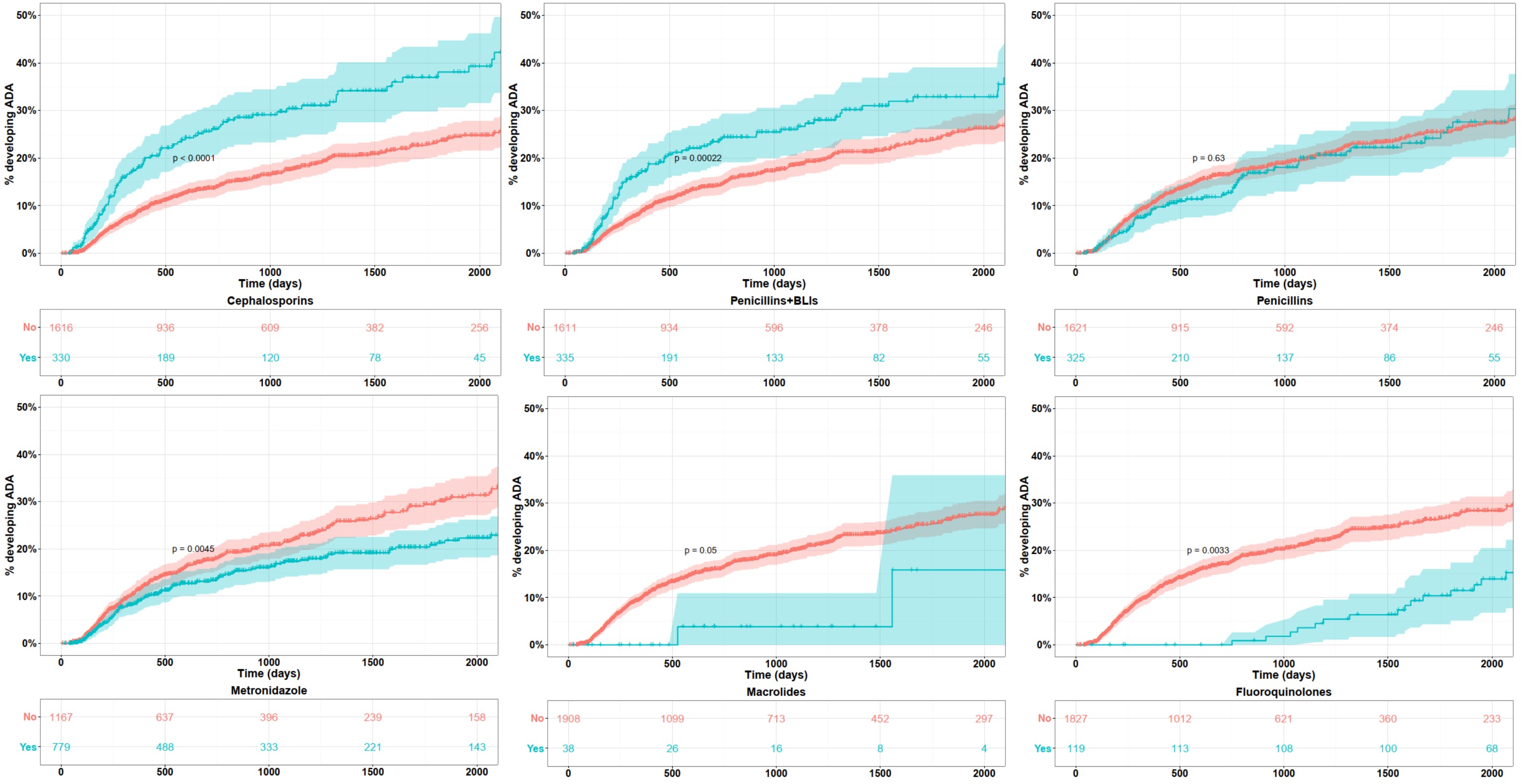 Figure 2. Multivariable-adjusted HR with 95% CI of ADA for use of various antibiotic classes during anti-TNF therapy. 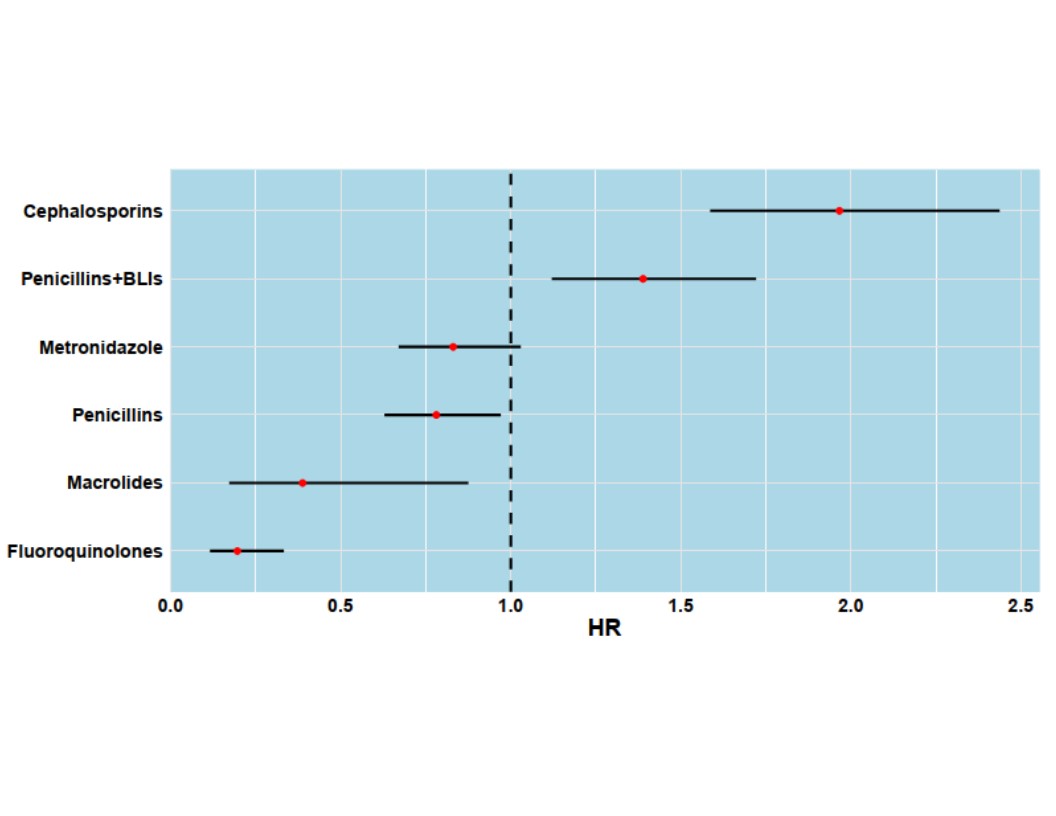 Figure 3. Mean ADA levels in mice treated with anti-TNF and prior cefuroxime, azithromycin, or no antibiotic 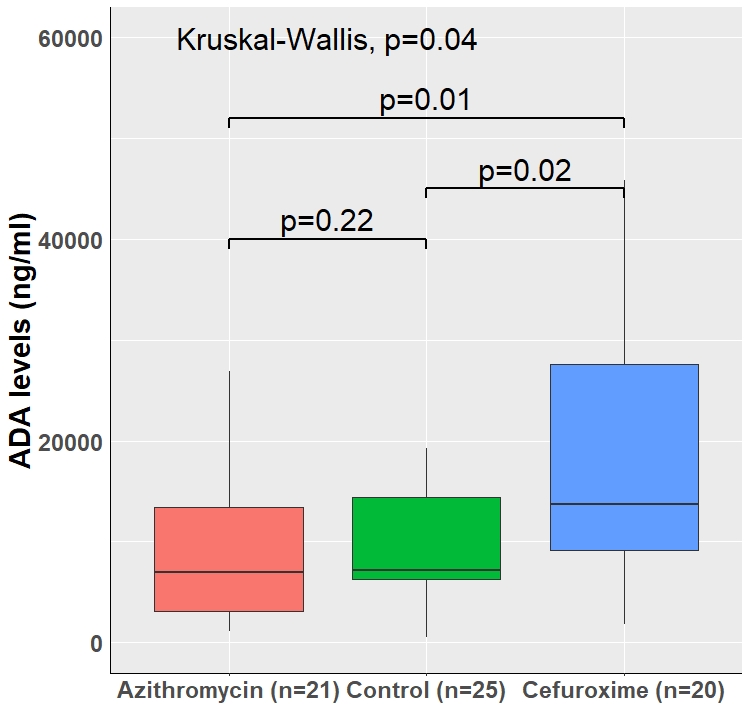 ADA production is microbial dependent. The risk of ADA development during anti-TNF therapy can possibly be reduced by avoidance of cephalosporins and penicillins with BLI, or possibly reduced by treatment with fluoroquinolones or macrolides.