Combination therapy with anti-TNF compounds and immunomodulators (IMM; thiopurine or methotrexate) is superior to IMM or anti-TNF monotherapy in patients with inflammatory bowel disease (IBD). IMMs are frequently discontinued during the maintenance phase to mitigate the risk of adverse events, but long-term consequences of this practice are not well studied. We explored the real-world outcomes after IMM discontinuation, including loss-of-response (LOR), dose escalations, immunogenicity and trough levels.

This was a multicenter, retrospective cohort study in a general hospital and a tertiary referral center. We included adult patients with IBD, treated >4 months with infliximab (IFX) or adalimumab (ADA) and an IMM at baseline between 2011-2019. The IMM had to be started within 30 days of anti-TNF initiation, or continued for >30 days in case of prior IMM monotherapy. LOR was defined as anti-TNF discontinuation due to disease activity. Adjusted hazards rates (aHR) were calculated using mixed-effects Cox regression analysis with time-varying covariates, accounting for follow-up prior to and after IMM cessation. We adjusted for sex, age, BMI, smoking, Crohn’s disease (CD) vs ulcerative colitis (UC), disease duration, primary sclerosing cholangitis, rheumatological comorbidity, ADA vs IFX, and prior anti-TNF exposure. 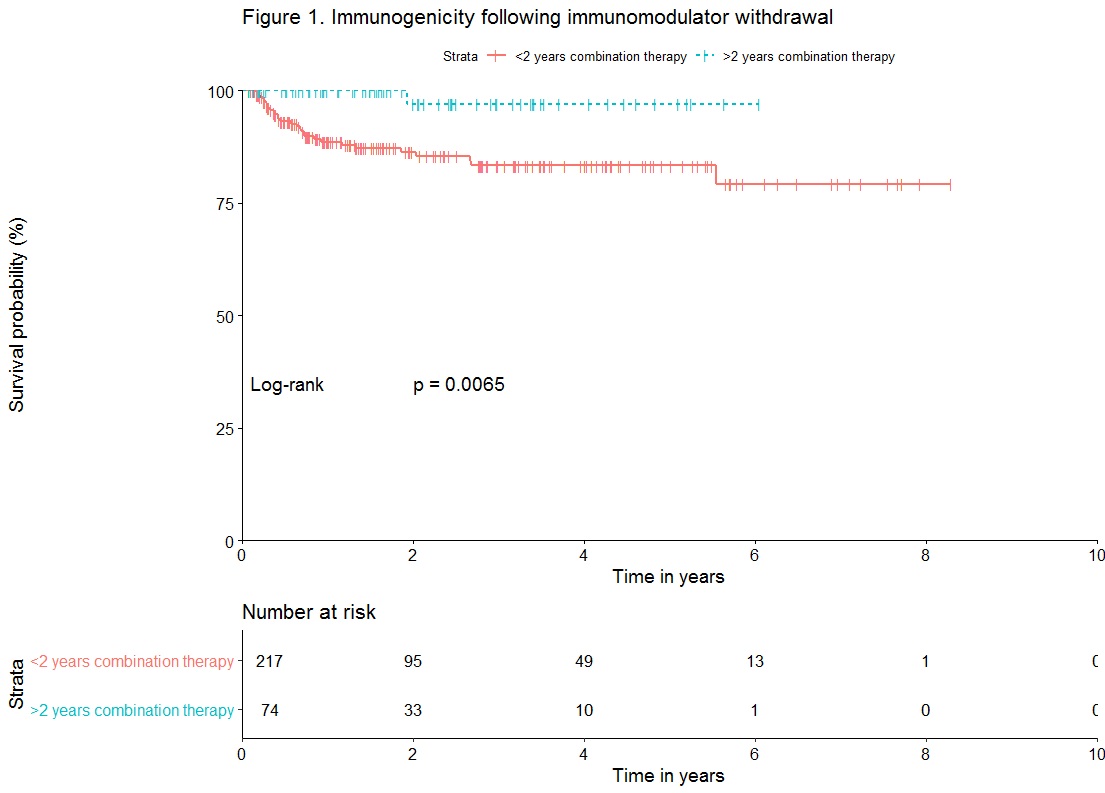 Withdrawal of immunomodulators is not associated with higher risk of LOR, but does increase the risk of dose-escalation and unfavorable pharmacokinetics.