Ustekinumab (UST) is an IL12/23 blocker approved for Crohn’s disease and ulcerative colitis (UC). In the UNIFI maintenance study of patients with moderate–severe UC, >90% of the patients who achieved clinical response or remission at week 44 were able to eliminate corticosteroids, an important goal of therapy. In this analysis, we describe the corticosteroid (CS) sparing effects of UST treatment through week 92 among patients who were treated in the UNIFI long-term extension (LTE). 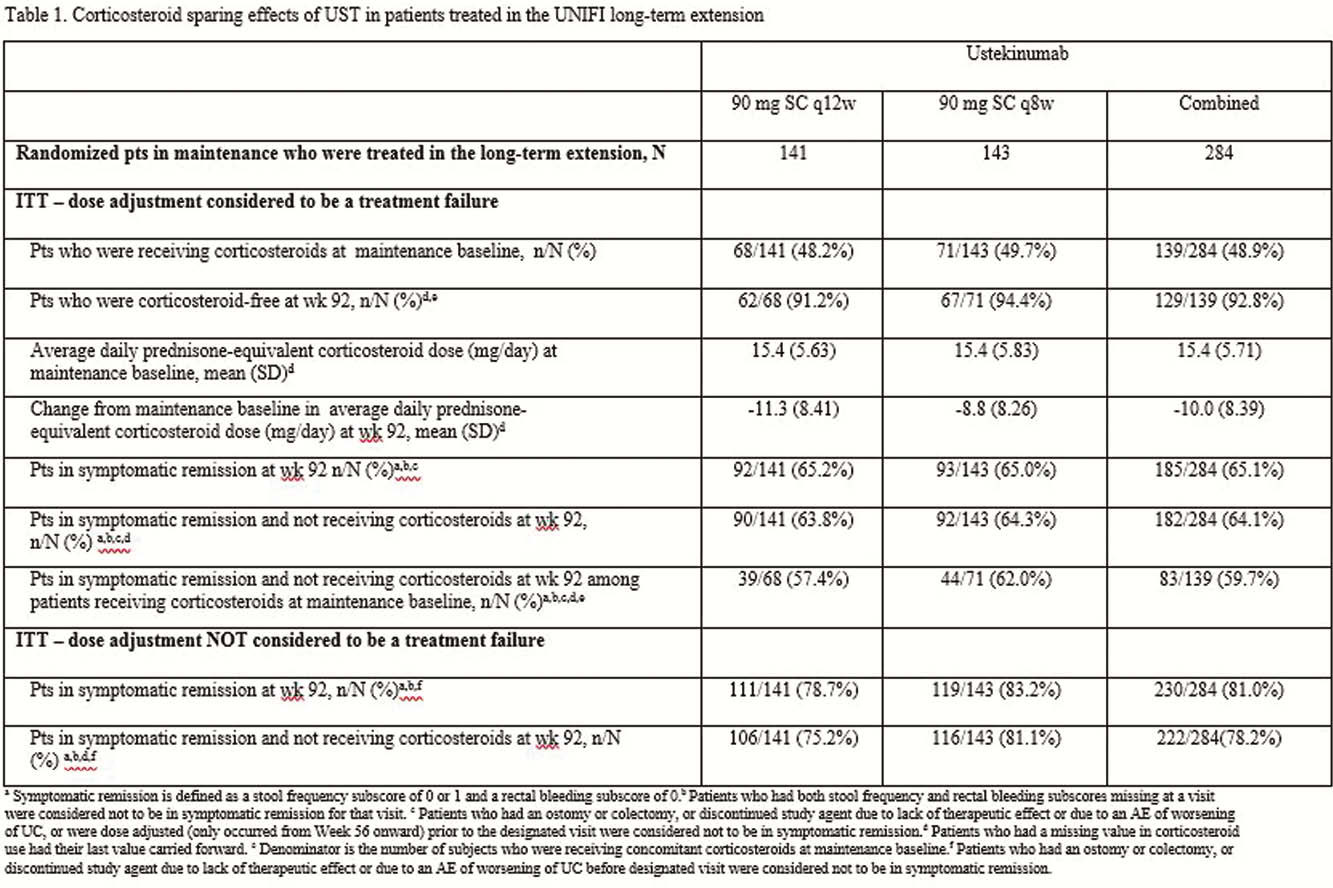 UST maintenance therapy, with both q8wk and q12wk dosing regimens, was effective in reducing and eliminating the use of CS in patients with UC. Nearly all patients in the LTE who were in symptomatic remission at week 92, were not taking steroids.