To gain insight into vedolizumab (VDZ) use as a first-line biologic in Crohn´s Disease (CD), this real-world study aimed to assess, within the maintenance phase, the 1-year comparative effectiveness and persistence of VDZ vs anti-TNF therapy in biologic-naïve CD-patients.

Between 2017-2020, 1200 consecutively enrolled biologic-naïve and biologic-experienced patients with ulcerative colitis (UC) and CD were prospectively included in the VEDOIBD-Registry from 45 IBD-experienced centres across Germany. 294 biologic-naïve CD-patients starting a new therapy with VDZ or anti-TNF (adalimumab: ADA or infliximab: IFX) were included in this real-world evidence (RWE) study. The Kaplan-Meier was used to summarize the treatment persistence from the start of therapy through week-52. The primary outcome was week-52 clinical remission (HBI ≤ 4). Patients were analyzed on a modified intent-to-treat basis (mITT; switchers considered as outcome failure) and on a per-protocol (PP) basis (excluding switchers). To reduce selection bias in the estimation of treatment effects, the inverse probability of treatment weighting propensity score (PS) was implemented. A weighted logistic regression was used to evaluate the effectiveness. The results were reported as odds ratio (OR) and 95% confidence interval (CI).

In this real-world setting comparing VDZ and anti-TNF in biologic-naïve patients via PS weighted analysis, VDZ showed especially in week-14 responders higher clinical remission rates in comparison to anti-TNF. The higher treatment persistence observed for VDZ, perhaps due to a more favourable safety profile vs anti-TNF, may be considered the main driver for the better effectiveness of VDZ at one year. These findings may aid physicians’ decision-making on the choice of VDZ as the first-line biologic for CD. 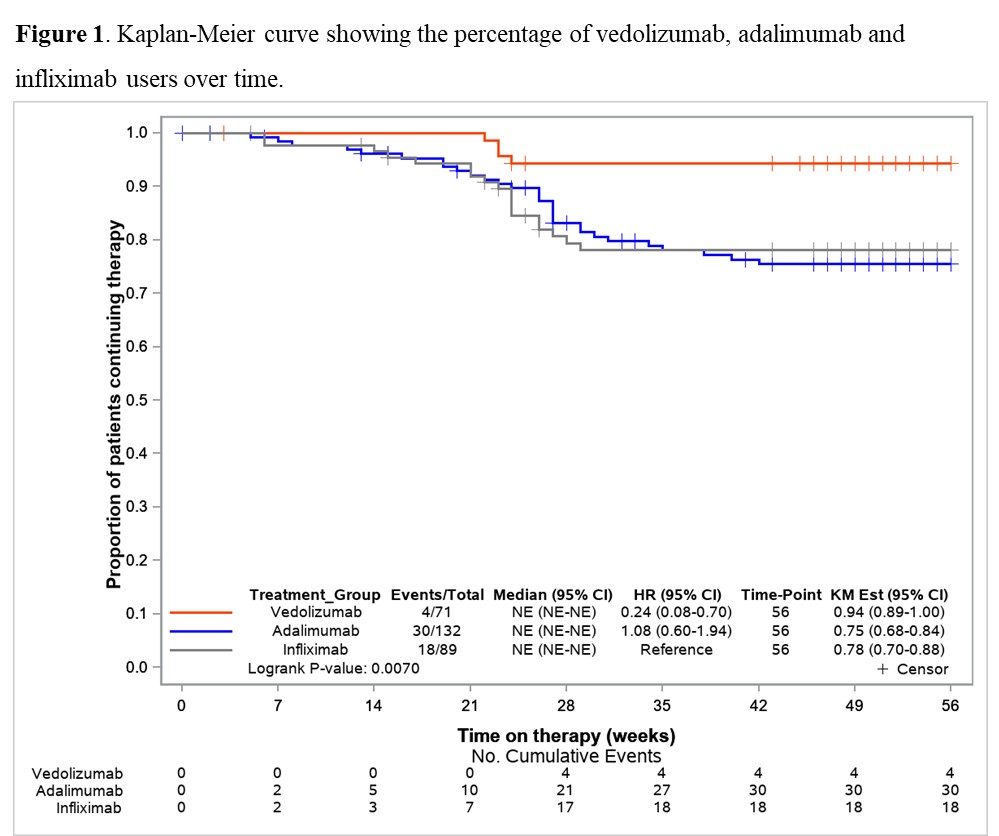