DOP77 Ustekinumab is associated with better effectiveness outcomes when compared with vedolizumab in Crohn’s disease patients with prior anti-TNF failure: comparative effectiveness study from the ICC Registry

Both vedolizumab and ustekinumab can be considered for the treatment of Crohn’s disease (CD) when anti-TNF treatment fails. However, head-to-head trials are currently not available or planned in the near future. The aim of this study was to compare vedolizumab and ustekinumab in CD patients using a quasi-experimental study design in a prospective registry specifically developed for comparative studies.

CD patients who failed anti-TNF treatment and started vedolizumab or ustekinumab in standard care as second-line biological and naïve to the latter two therapies, were identified in the observational prospective ICC Registry. Corticosteroid-free clinical remission (Harvey Bradshaw Index ≤4), biochemical remission (C-reactive protein ≤5 mg/l and faecal calprotectin ≤250 µg/g), combined corticosteroid-free clinical and biochemical remission, and safety outcomes were compared after 52 weeks of treatment. To adjust for confounding and selection bias, we used multiple logistic regression (correcting for current smoker, disease duration, complicated disease (stricturing or penetrating behaviour), prior CD-related surgery, number of prior anti-TNF treatments, HBI at baseline and biochemical disease at baseline) and propensity score matching (variables include the same variables as logistic regression analysis with addition of disease location and behaviour, corticosteroid and immunosuppressant use at baseline). 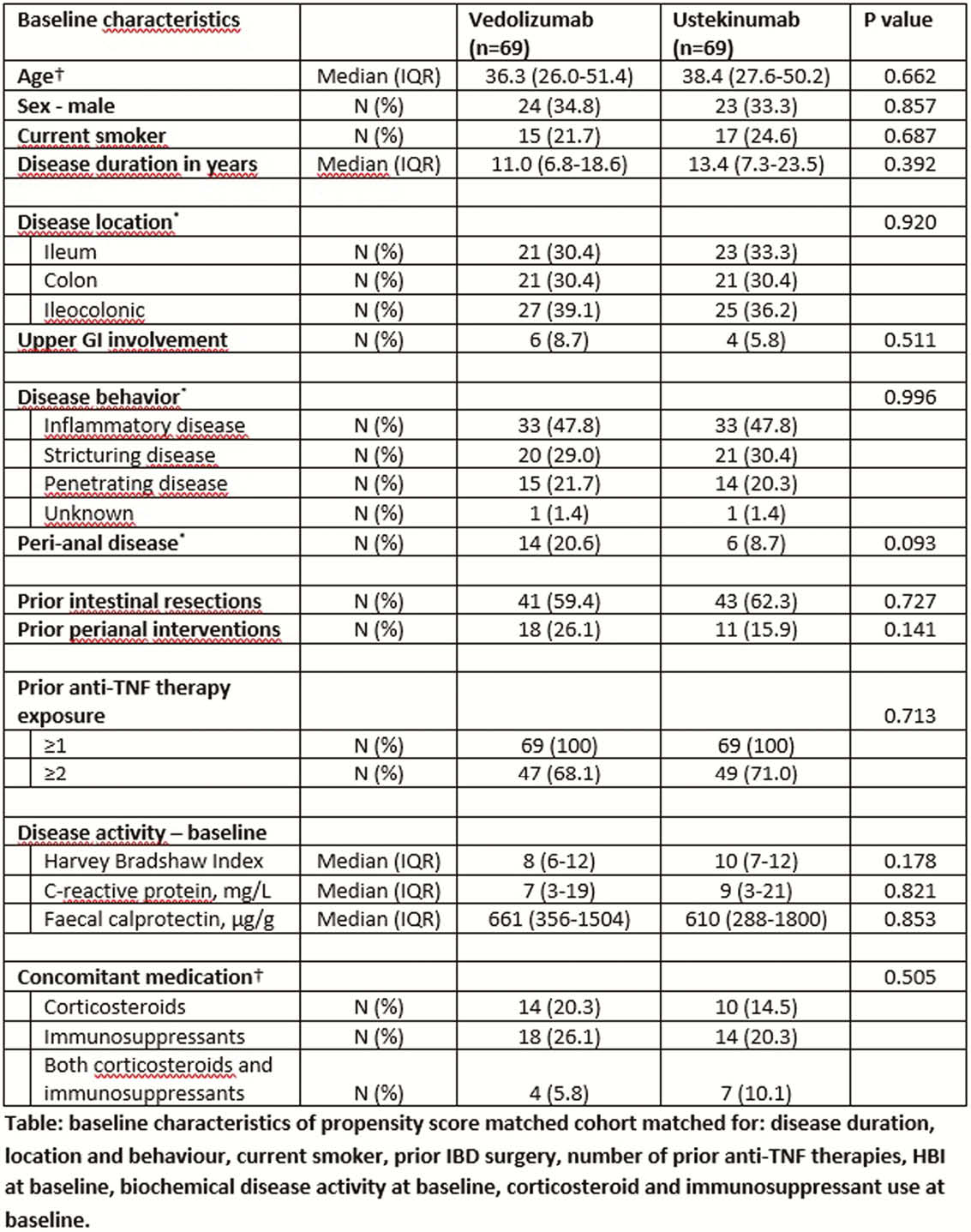 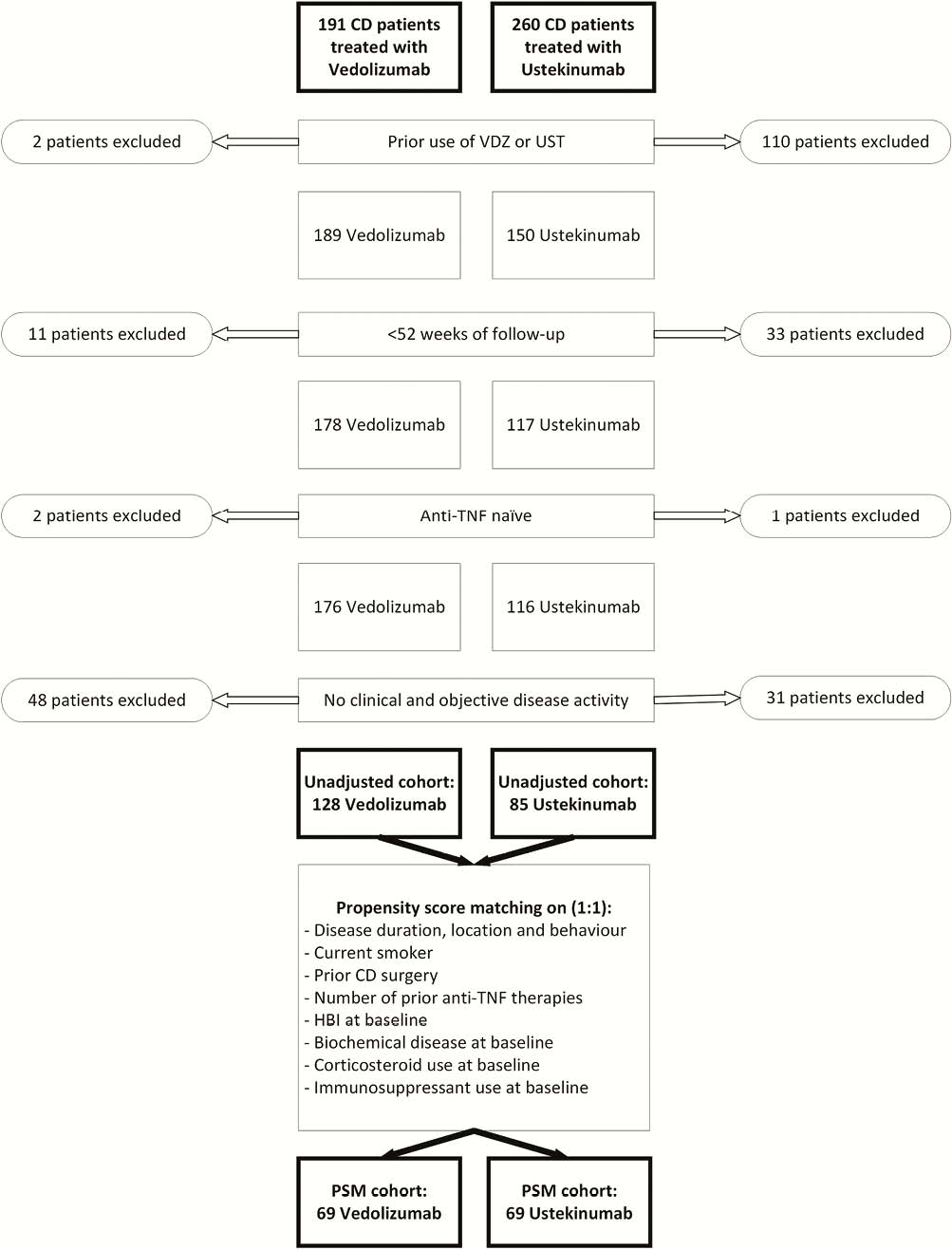 In this prospective, comparative analysis ustekinumab was associated with higher effectiveness outcomes of ustekinumab when compared with vedolizumab. Safety outcomes were comparable after 52 weeks of treatment in CD patients who have failed anti-TNF treatment.