DOP80 Effectiveness of ustekinumab and vedolizumab in patients with Crohn’s disease refractory to anti-tumour necrosis factor: A multi-centre comparative study

We studied all consecutive patients with active CD who were refractory to at least one anti-TNF, and were treated either with vedolizumab or ustekinumab, in five university hospitals of the Paris area, between May 2014 and August 2018. The primary endpoint was clinical remission rate at week 48. Adjustment according to propensity scores with inverse probability of treatment weighting was performed. 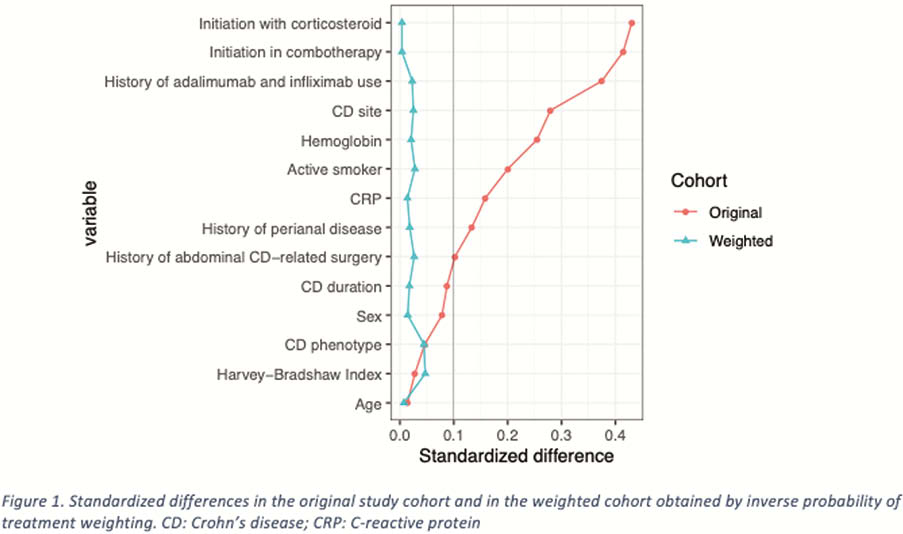 This study suggests that, after 1 year of follow-up, ustekinumab is associated with a higher rate of clinical remission than vedolizumab in CD patients refractory to anti-TNF, particularly in those with ileal and penetrating disease.