There is a scarcity of data regarding the role of histopathology evaluation in Crohn’s disease (CD) and how it relates to endoscopy. Mirikizumab (miri) has shown efficacy in Ph2 studies in CD and ulcerative colitis (UC). Here we explore the agreement of histologic response and remission with endoscopic outcomes after 12 and 52 weeks of treatment with miri in a phase 2 randomized clinical trial (SERENTIY; NCT02891226) in patients with moderate-to-severe CD.

Patients were randomized 2:1:1:2 across 4 treatment arms (PBO, 200, 600, 1000mg miri) administered intravenously (IV) every four weeks (Q4W) at Weeks 0, 4, and 8. Those who received miri and achieved ≥1 point improvement from baseline (BL) at W12 in Simple Endoscopic Score for Crohn’s Disease (SES-CD) were re-randomized 1:1 into double-blind maintenance to continue their IV dose assignment Q4W (IV/IV) or to 300mg miri SC Q4W (IV/SC); due to small numbers, maintenance IV arms were pooled for analysis. W12 non-improvers and all induction PBO patients received 1000mg miri Q4W from W12 through W52. Biopsies were obtained during endoscopy at W0, 12 and 52 from the edge of the ulcers and the most inflamed mucosa in terminal ileum and 4 colonic segments (ascending, transverse, descending, rectum; N=10/patient, 2 per location with the more severe score used), and scored by central readers blind to study treatment, timepoint, and response status. Histologic endpoints were defined post-hoc but prior to performing the analyses (see Table footnotes for definitions). Cohen’s Kappa Coefficient was used to evaluate the degree of agreement of two measures.

Histologic and endoscopic outcomes demonstrated fair association after both 12 and 52 weeks of miri treatment. Histologic endpoints, despite the stringent criteria, appear to be more sensitive to change than endoscopic endpoints. However, variability of biopsy sampling may be an additional factor contributing to these differences. 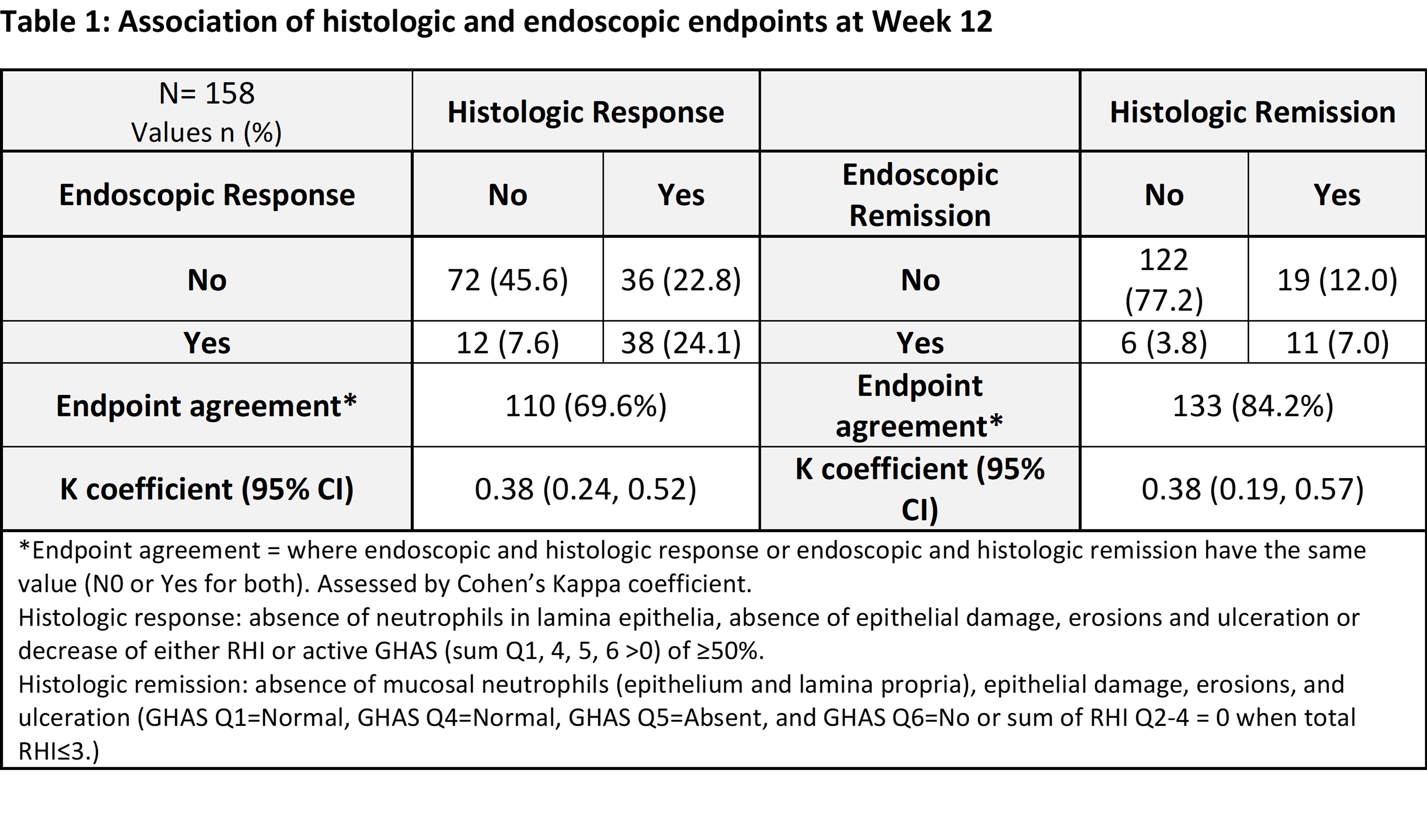 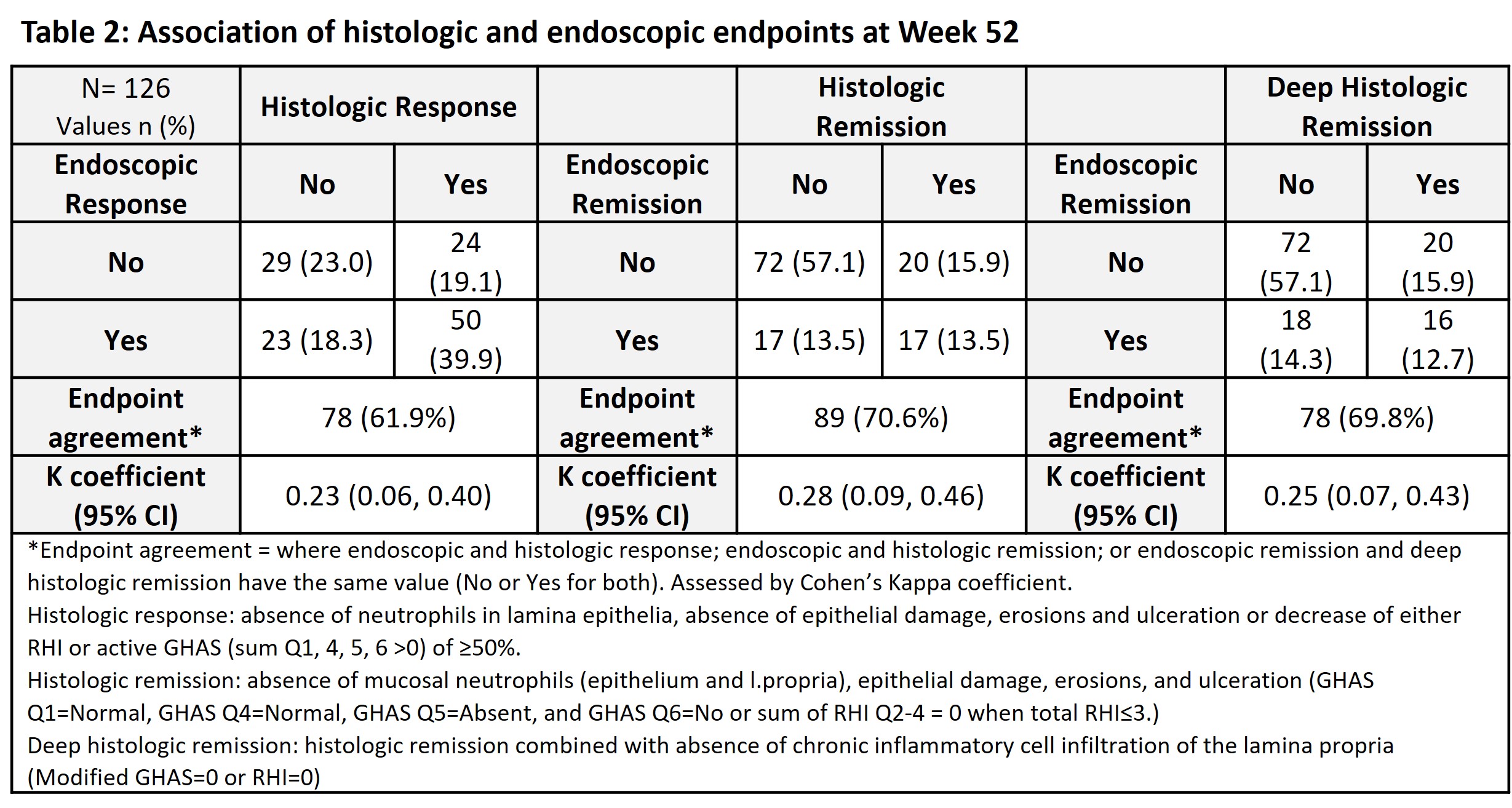