Scientific Session 2: Keeping the patient at home: Is telemedicine the future?

OP05 Outcome of induction therapy with vedolizumab in children: Results from the prospective, multi-centre VEDOKIDS study

Limited data are available on the use of Vedolizumab (VDZ) in paediatric Crohn’s Disease (CD) and Ulcerative Colitis (UC). We evaluated the effectiveness and safety of VDZ to induce remission at week 14 in the prospective, multicenter VEDOKIDS study.

We enrolled children (age 0-18 years) with CD or UC commenced on VDZ with a standardized dosing of 177mg/BSA up to 300mg at 0, 2, 6 and q8 weeks thereafter. Non-responders had their dose escalated to q4wks at the discretion of the local physician. Explicit demographic, clinical and safety data were prospectively recorded via REDcap. Clinical remission was defined as steroid- and EEN-free remission (i.e. wPCDAI<12.5 or PUCAI<10) without the need for new medications. Complete remission was defined as clinical remission with normal CRP and ESR. Predictors of response were explored by Logistic regression.

During the 14 weeks, 113 adverse events (AE) were recorded in 58 children: 28 AEs were possibly related to VDZ, all of which were mild-moderate and only 3 (11%) led to discontinuation of VDZ (leukocytoclastic vasculitis, myalgia and dyspnea). There were 18 serious AEs, only one was graded as possibly related to VDZ (headache). There were 18 non-serious cases (19%) of upper respiratory infections (pharyngitis, tonsilitis, parotitis, and otitis media) and one Campylobacter jejuni which was graded as serious. 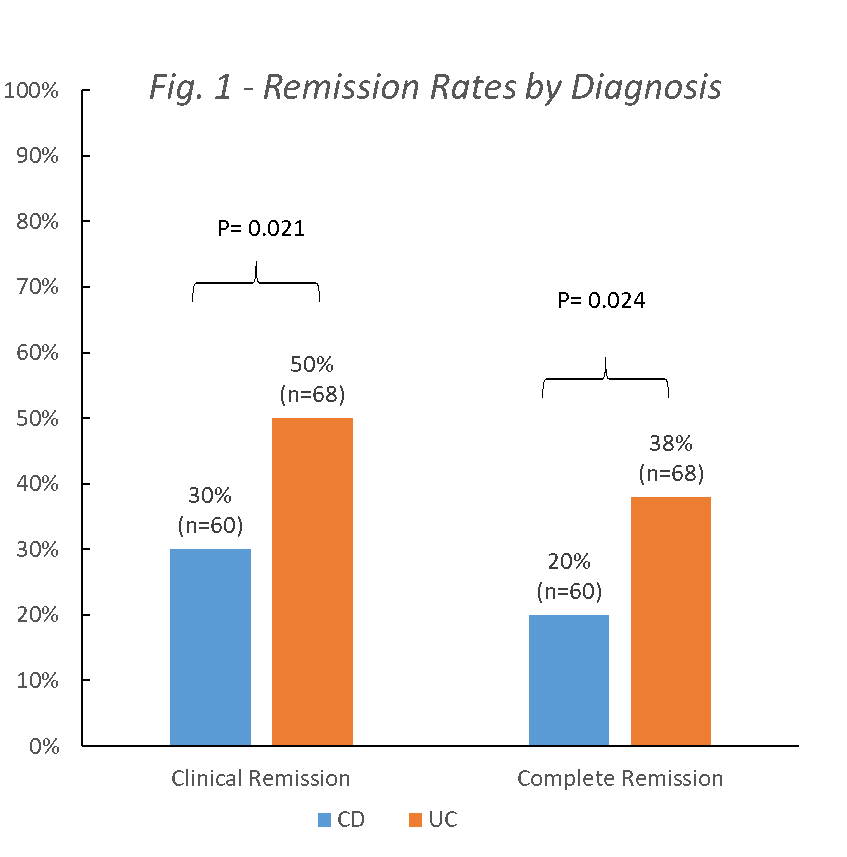 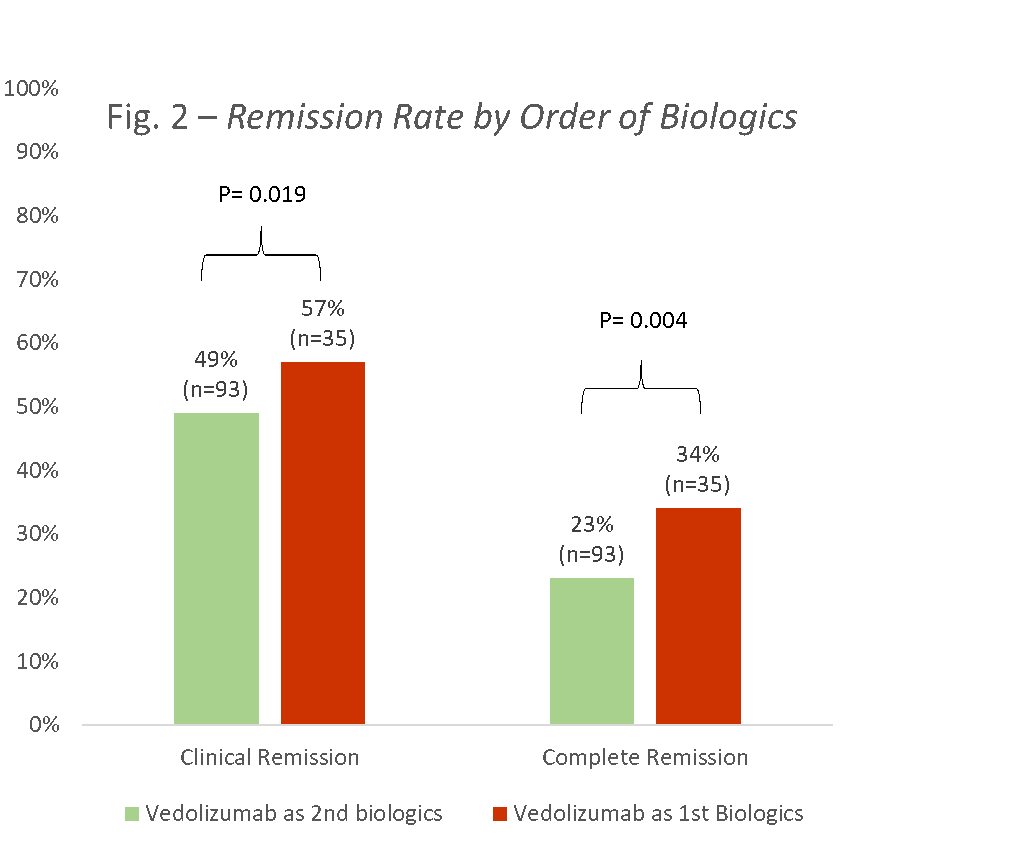 In this prospective multicenter study, VDZ was safe and effective for inducing remission in a refractory cohort of paediatric IBD, more so in UC. Disease severity and extent at baseline may predict clinical response.