Histological remission (HR) is evolving as a treatment target in ulcerative colitis (UC). Several histological indices have been developed, however, their widespread adoption beyond clinical trials is limited by practical difficulties and interobserver variability. Furthermore, the relative complexity of available scores hinders the development of an AI algorithm. We aimed to develop a simple histologic index, aligned to endoscopy, and apply it to a computer-aided diagnosis (CAD) system to evaluate HR.

614 digitalised biopsies (WSI) from 307 UC patients enrolled into a prospective multicentre study1 were analysed. First, the simple PICASSO Histologic Remission Index (PHRI) based only on the presence of neutrophils, was developed and validated by expert pathologists. Table 1

To implement PHRI in a CAD system we designed a semi-supervised inductive transfer learning strategy composed of two modules. The first consists of a novel deep learning strategy based on a convolutional neural network architecture. This detected neutrophils in areas (patches) of a subset of 314 biopsies (172 remission, 142 active), in 158 of which the presence of neutrophils had been meticulously annotated at pixel level. WSI were then divided in training (172), validation (47), and testing sets (95).

Following a multiple instance learning paradigm, a second model combined the features of all patches of each biopsy into a dichotomous result: presence/absence of disease activity. Figure 1 and 2. Finally, we compared the AI prediction with the pathologists’ assessment. 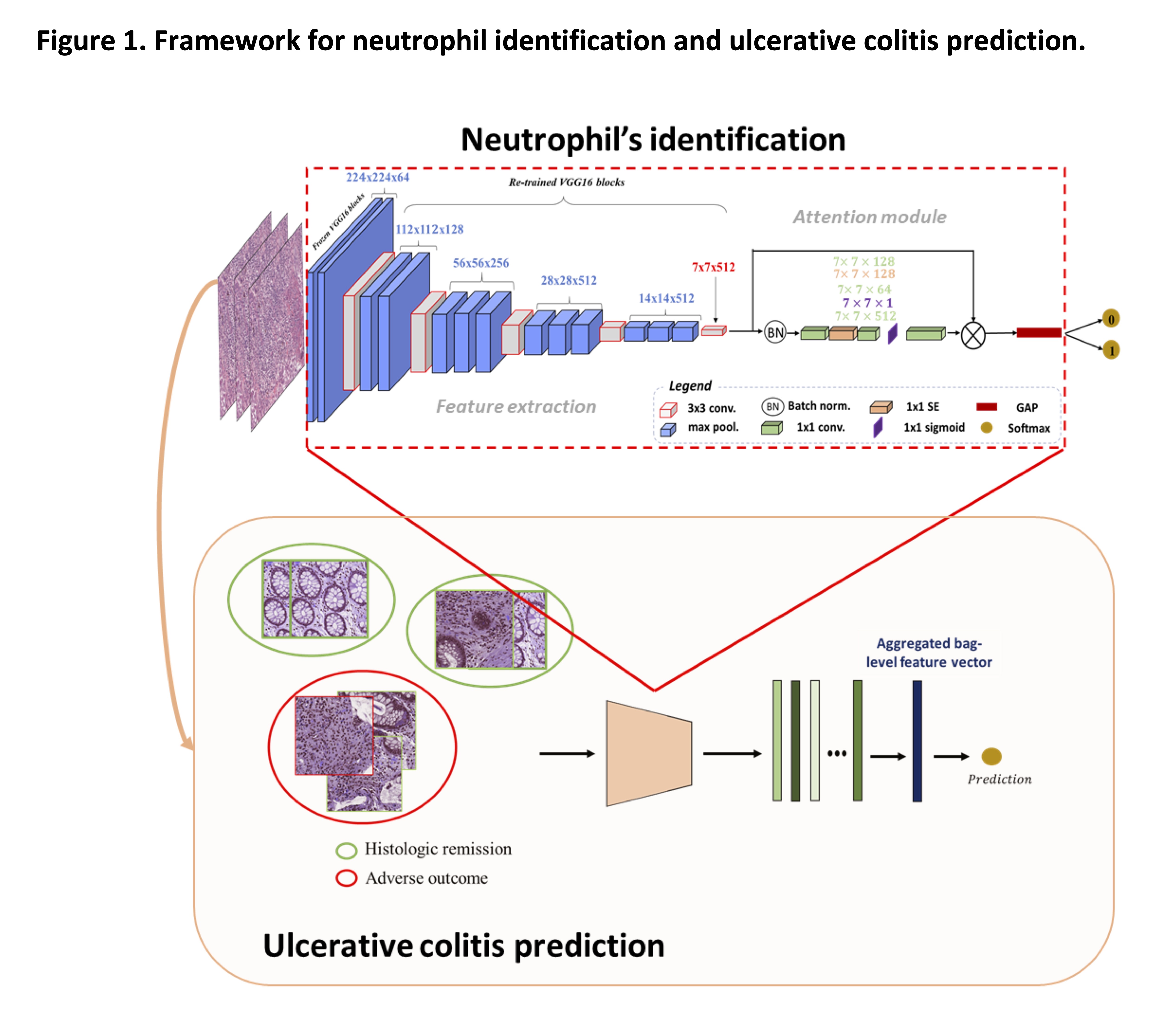 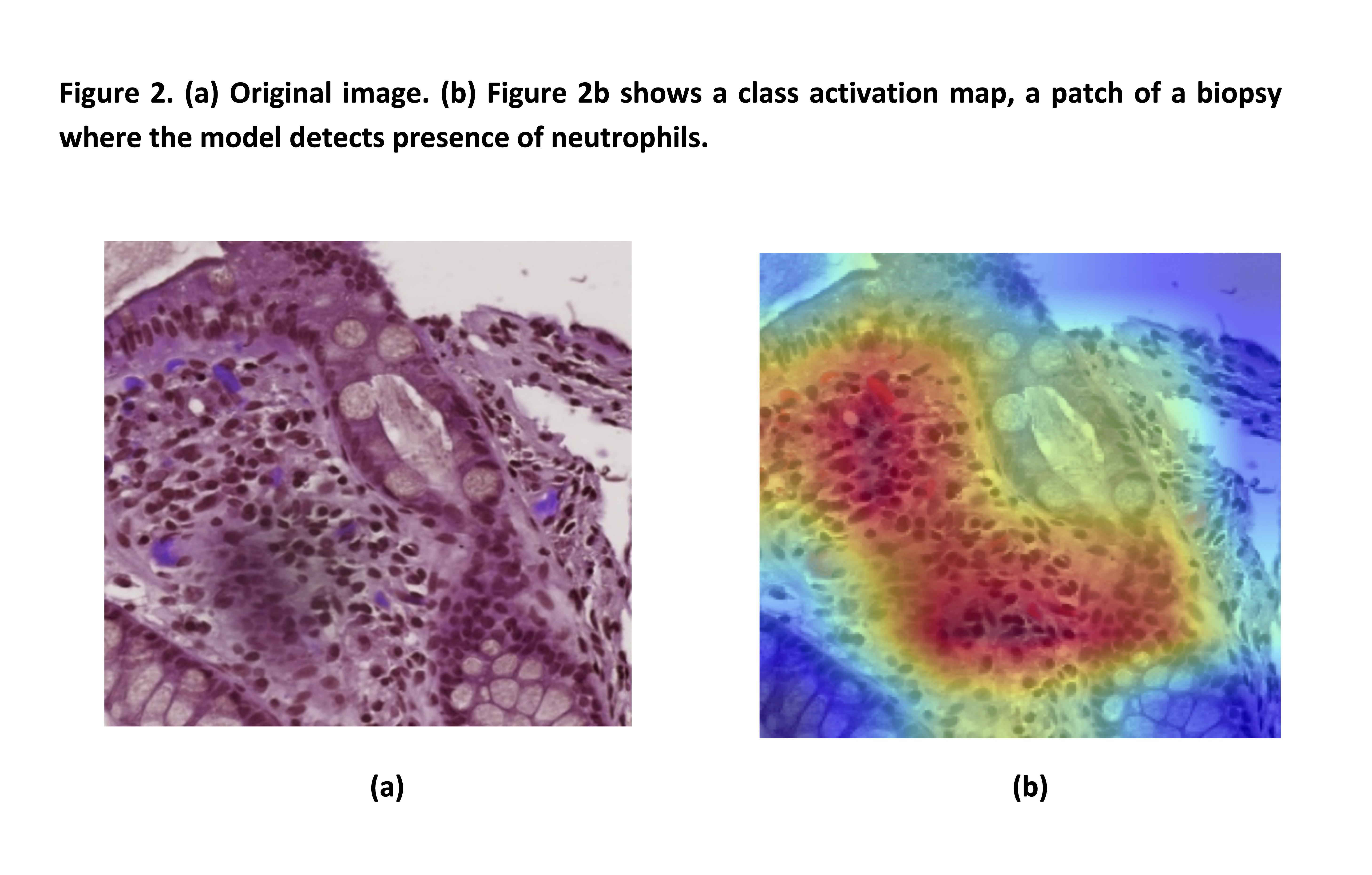 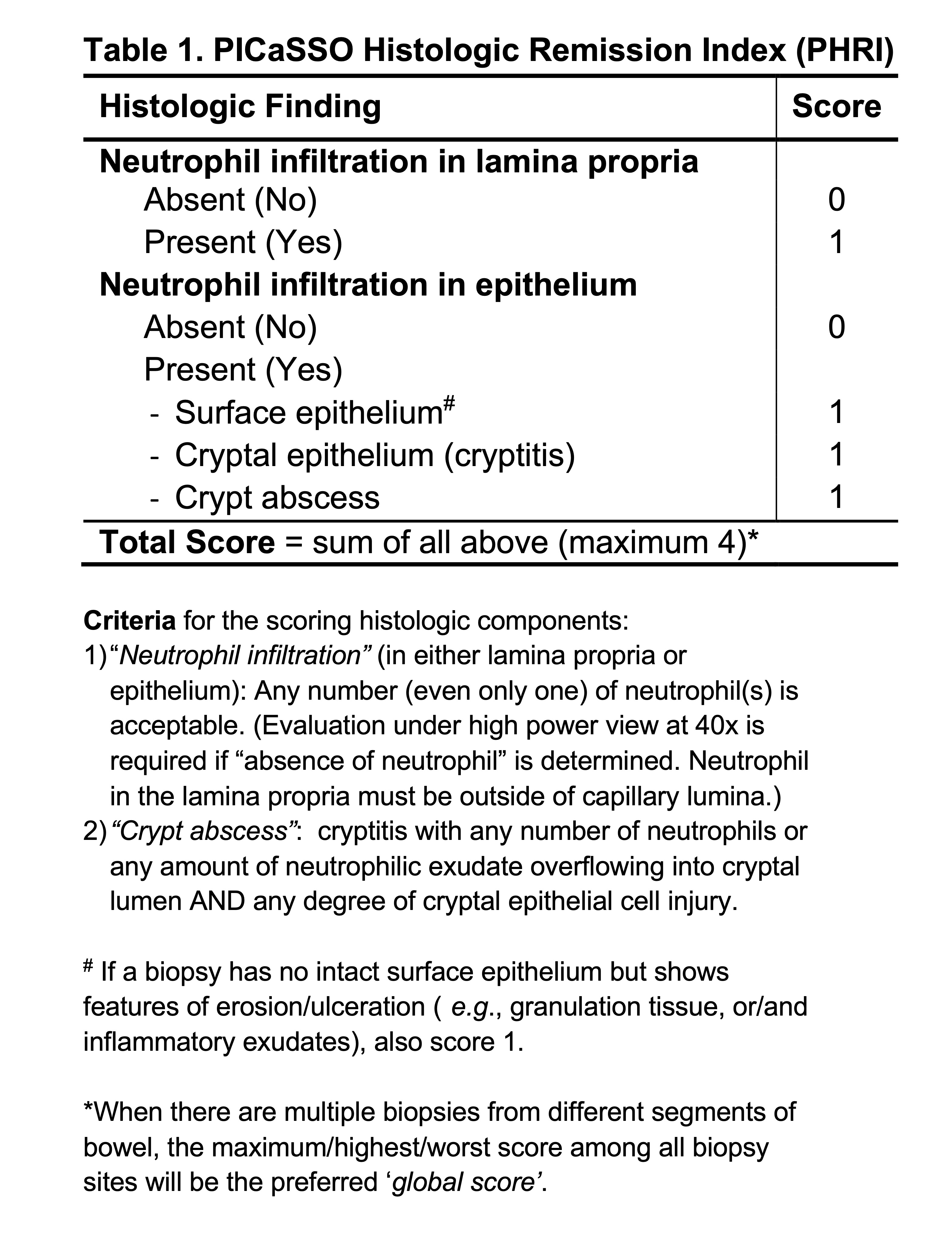 PHRI correlated strongly with all endoscopic scores (MES, UCEIS and PICaSSO) of the same bowel areas (rectum and sigmoid) (Spearman’s ρ= 0.55 to 0.78). Inter-reader agreement between pathologists was almost perfect (ICC 0.84).

PHRI is the simplest histological index in UC and correlates strongly with endoscopic activity. Based on PHRI we developed the first artificial intelligence model able to accurately predict histological remission in biopsies of UC. This tool can effectively expedite, support, and standardise the histological assessment of UC in clinical practice.