469 endoscopy videos (48512 frames) from 235 patients representative of all grades of inflammation, from our prospective PICaSSO multicentre study1 were used to develop a convolutional neural network (CNN). 316 videos were divided into training (254) and validation (62) sets. 153 additional videos (78 patients) were used as test cohort. The videos were edited to separate clips with WL and with VCE, and assessed using Ulcerative Colitis Endoscopic Index of Severity (UCEIS) and PICaSSO, respectively. The classification stage of a pre-trained ResNet50 CNN classifier was trained to predict the healing or active inflammation on video frames. One network was trained to predict endoscopic remission (ER) as UCEIS≤1 from WL frames, and a second network was trained to predict PICaSSO≤3 from VCE. Histological remission (HR) was defined as Robarts Histological Index (RHI) ≤3 with no neutrophils in lamina propria or epithelium.

In the validation cohort, our system predicted ER (UCEIS ≤1) in WL videos with 82% sensitivity (Se), 94% specificity (Sp) and an area under the ROC curve (AUROC) of 0.92. For the detection of remission in VCE videos (PICaSSO ≤3) Se was 74%, Sp 95%, and AUROC 0.95. In the testing cohort of independent videos, the diagnostic performance for both cut offs of ER remained similar. Table 1

Our system also had an excellent diagnostic performance for the prediction of HR in the validation set, with Se, Sp, and Accuracy of 92%, 83%, and 85% respectively, using VCE, and 83%, 87%, and 86% respectively, with WL. In the testing set performance declined modestly while remaining good. Of note, the algorithm’s prediction of histology was similar with VCE and WL videos. Table 2 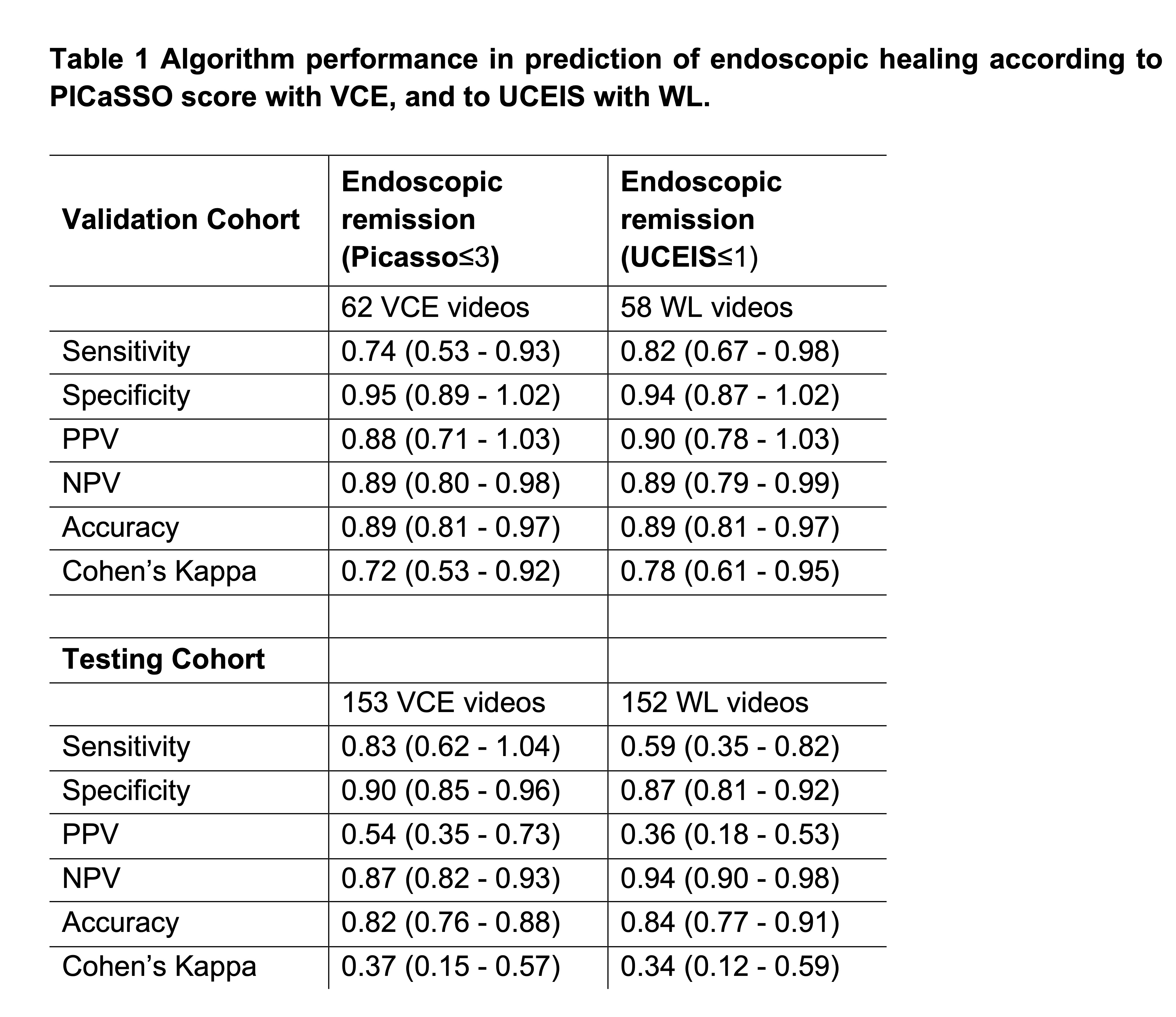 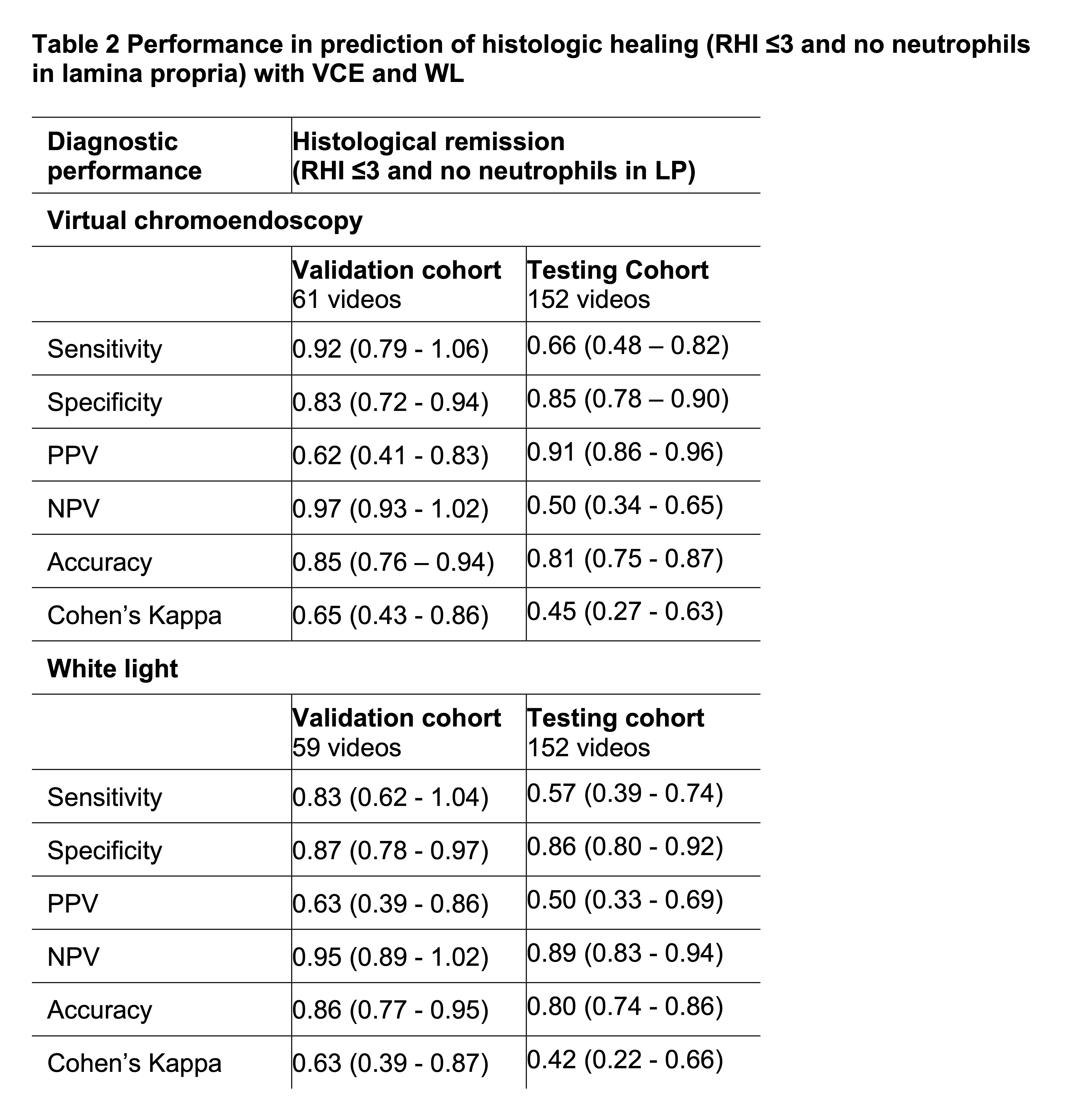 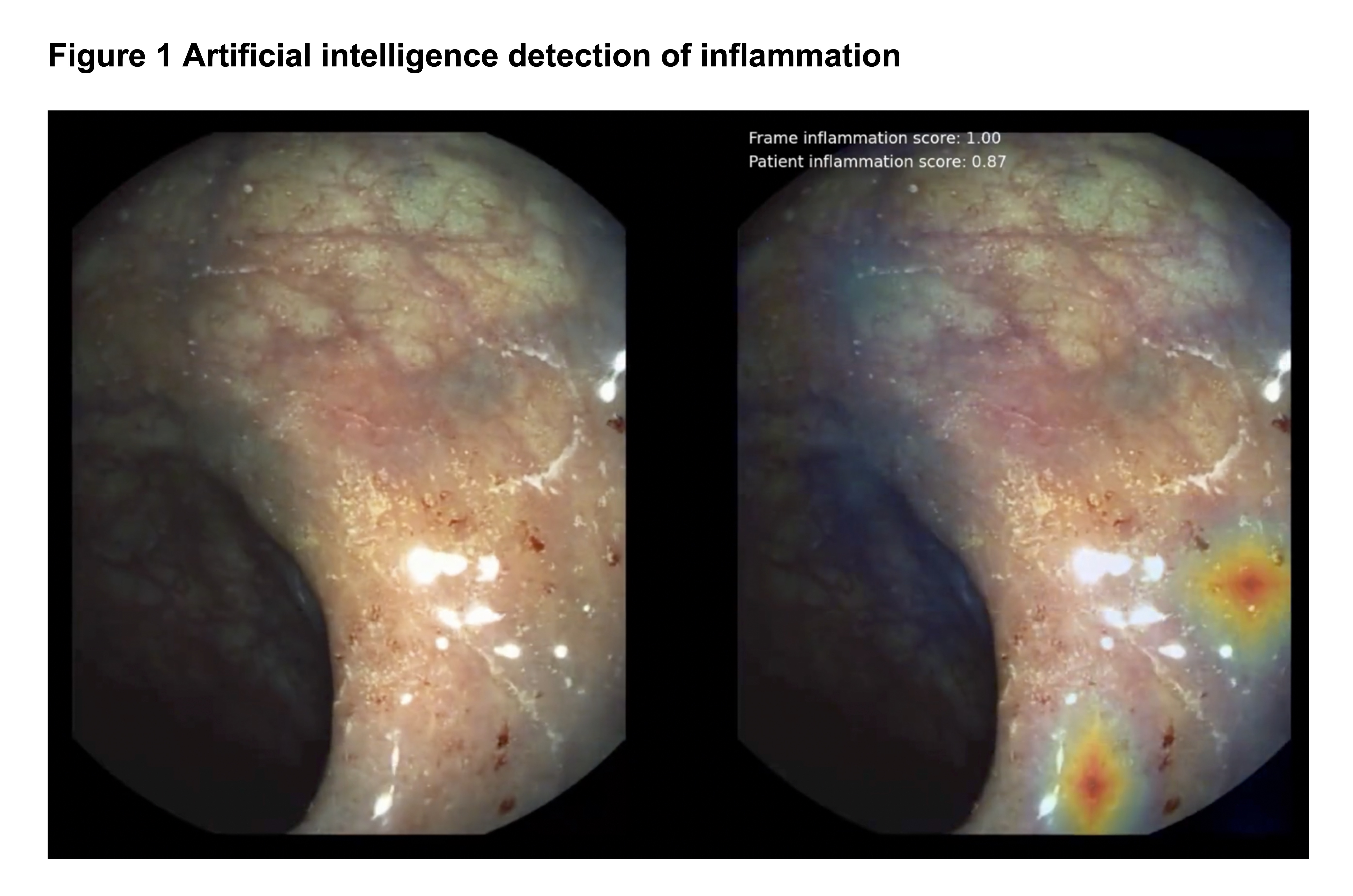