Oral presentations: Scientific Session 5: The young and the old (2021)

OP17 Impact of phenotypic and genetic factors on Crohn’s Disease evolution in a cohort of 13,926 patients

Patients with Crohn’s disease (CD) can develop complications including stricturing and penetrating disease [1, 2]. Although reliable baseline predictors of disease progression are urgently needed to inform management strategies, few studies have comprehensively explored the phenotypic and genetic determinants of disease progression in a sufficiently powered cohort.

We used data from 13,926 patients with CD in the UK IBD BioResource to investigate the effects of clinical phenotypes and genetics on CD progression. Median follow-up was 10.6 years and total follow-up was 193,033 patient-years. We applied the Montreal classification system to define disease as B1 (inflammatory), B2 (stricturing) and B3 (penetrating). Patients with B2 or B3 disease (N = 5,185) were compared to patients with B1 disease (N = 8,471) in a multivariate model fitted with both phenotype data and a polygenic score that we developed. Associations with q-values (false discovery rate adjusted p-values) less than 0.05 were defined as statistically significant.

CD progression occurred over time from diagnosis (Figure 1). Consistent with previous findings, we confirmed factors including smoking, disease location and perianal disease were associated with disease progression [3] (Table 1). The impact of a genetic influence on disease progression was confirmed and shown to be independent of genetic effects on disease location [4]. Early prescription of medications showed a protective effect on disease progression: Infliximab, adalimumab and thiopurines significantly reduced the chance of B2/B3 progression when prescribed within two years of diagnosis. Additionally, we observed a decreased progression to B2/B3 disease in patients diagnosed recently (between 2012-2020) compared to those diagnosed before 2012. This finding persisted after conditioning on exposure to biologics and correcting for follow-up time and interval to first thiopurine prescription, and thus may be indicative of other improvements in standards of care in recent years.

Using a large, well-characterised cohort we confirm the importance of disease location, smoking status and genetics on disease progression. We highlight the positive impact of early medication prescription on disease progression and discover an independent signal relating to potential improvements in the standard of care in CD over time. These results create the framework for reliable predictors of CD progression that may better guide future CD management strategies. 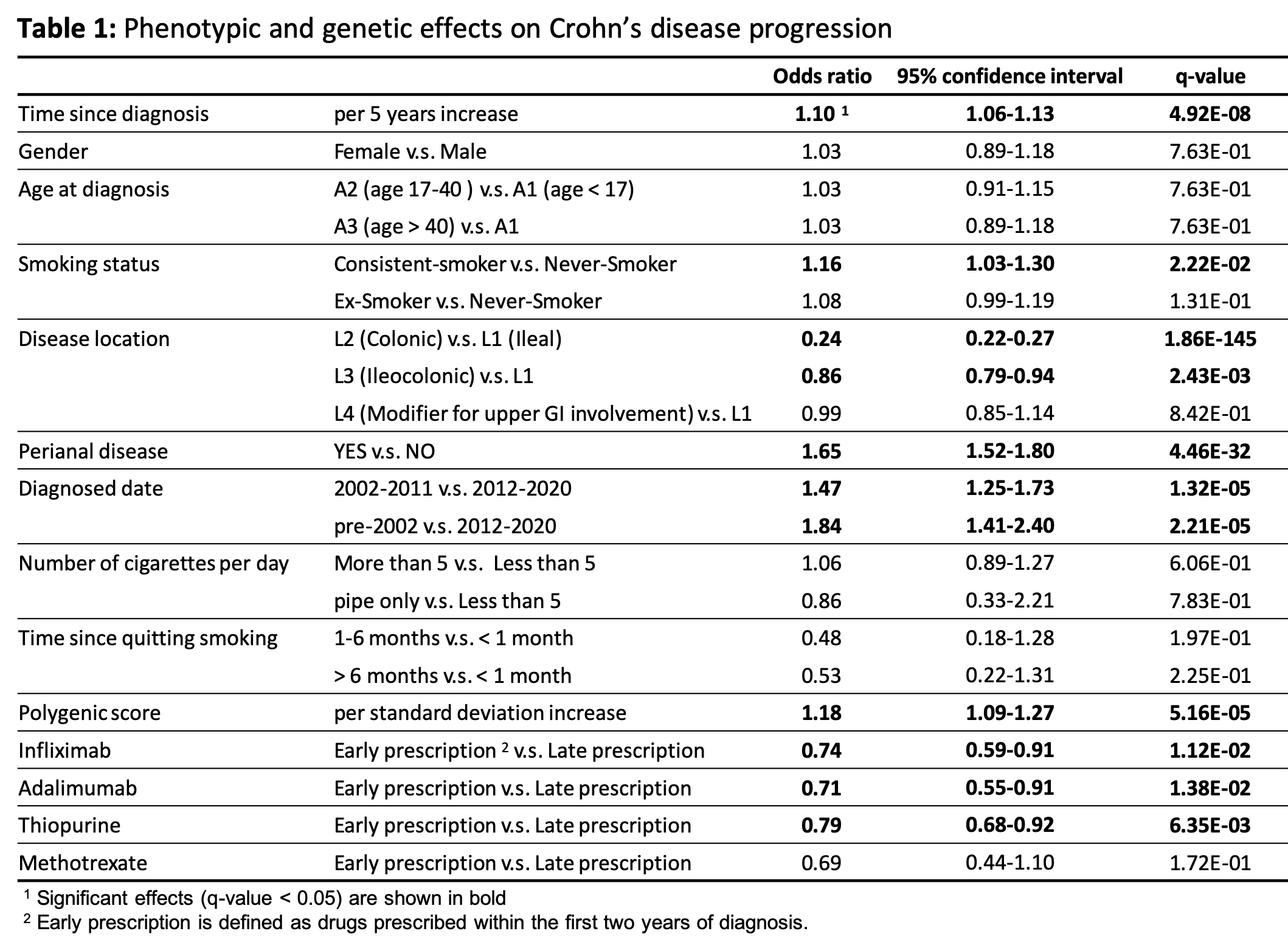 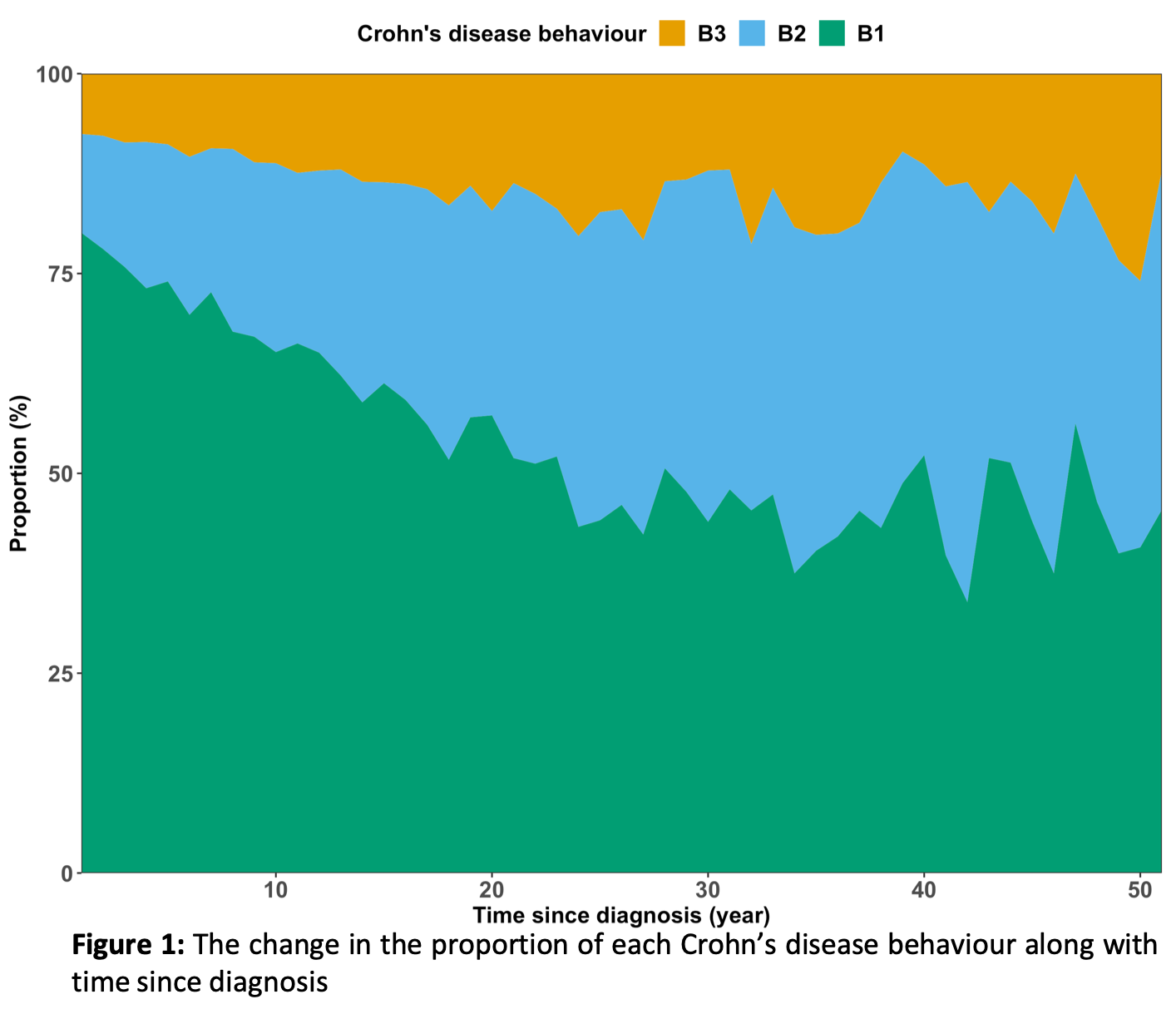