Oral presentations: Scientific Session 10.2: CD and UC: Similar disease burden and treatment goals? Is it the organ or the disease process? (2021)

The STARDUST study demonstrated that ustekinumab (UST), using either a treat-to-target (T2T) or standard of care (SoC) strategy, may induce and maintain endoscopic and clinical response and remission in Crohn’s disease (CD). Primary endpoint, safety, and efficacy have been reported previously.1 Because corticosteroid (CS) sparing is an important aim of CD management, we compared the efficacy of UST T2T vs SoC in achieving CS-free clinical remission and endoscopic response.

Adult patients (pts) with moderate–severely active CD who were CDAI 70 responders after 16 weeks (W) of induction, comprising a single dose of UST 6 mg/kg iv followed by UST 90 mg SC at W8, were randomized to either T2T or SoC arms. In the T2T arm, choice of UST maintenance dosage (q12w or q8w) was based on endoscopic improvement at W16, followed by clinical and biomarker-directed dose escalation up to q4w; in the SoC arm, UST q12w or q8w dosage was based on EU SmPC. Primary endpoint was endoscopic response (Simple Endoscopic Score in CD [SES-CD] decrease from baseline [BL] ≥50%) at W48. For pts on CS at W16, CS tapering was mandatory. At W48, CS-free clinical remission (CDAI <150 and no CS for ≥30 days) and CS-free endoscopic response (reduction from BL in SES-CD ≥50% and no CS for ≥30 days) were evaluated. 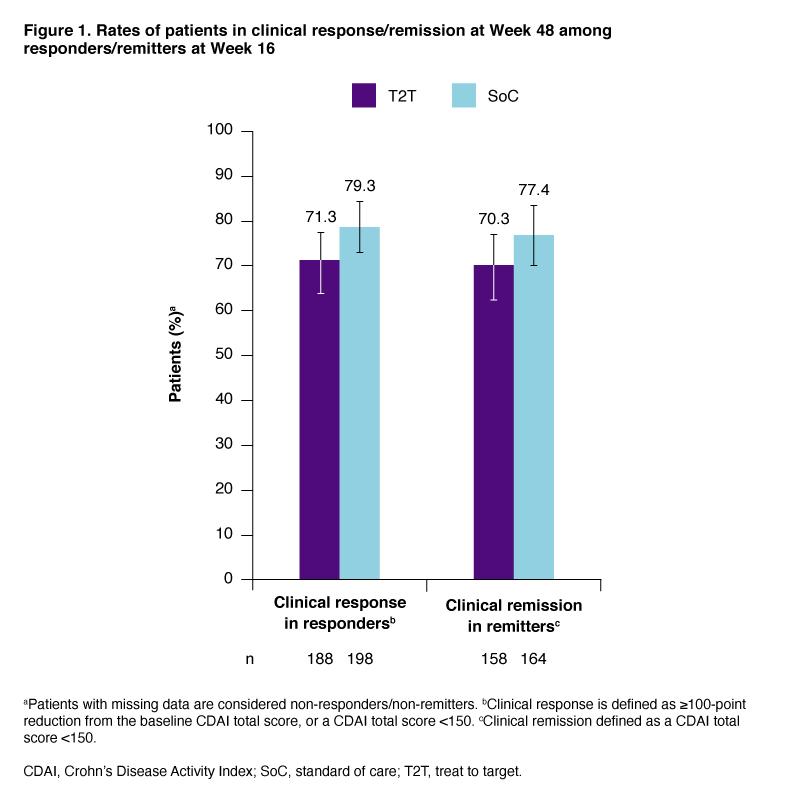 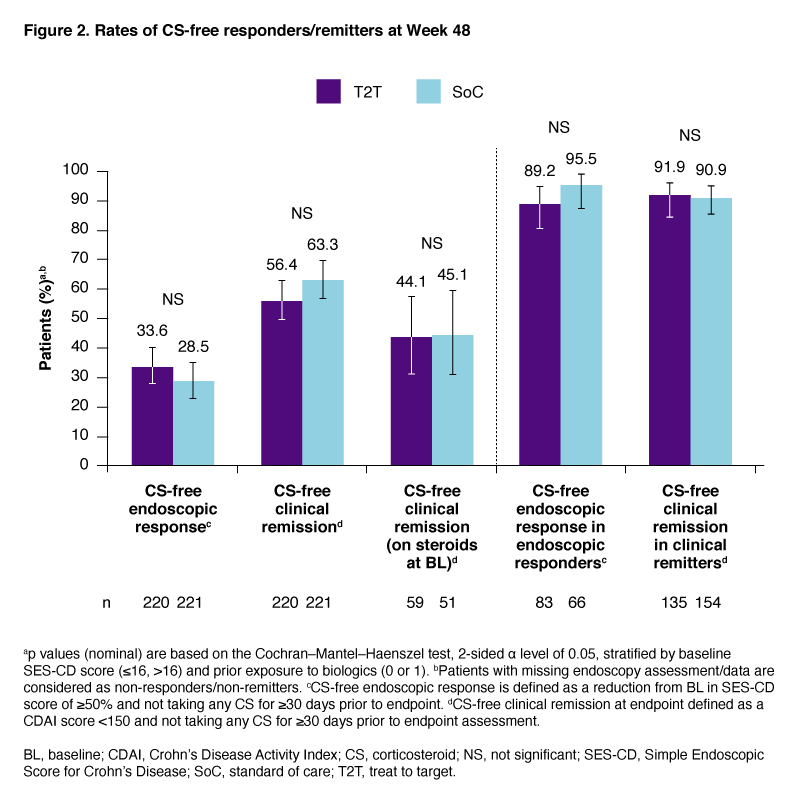 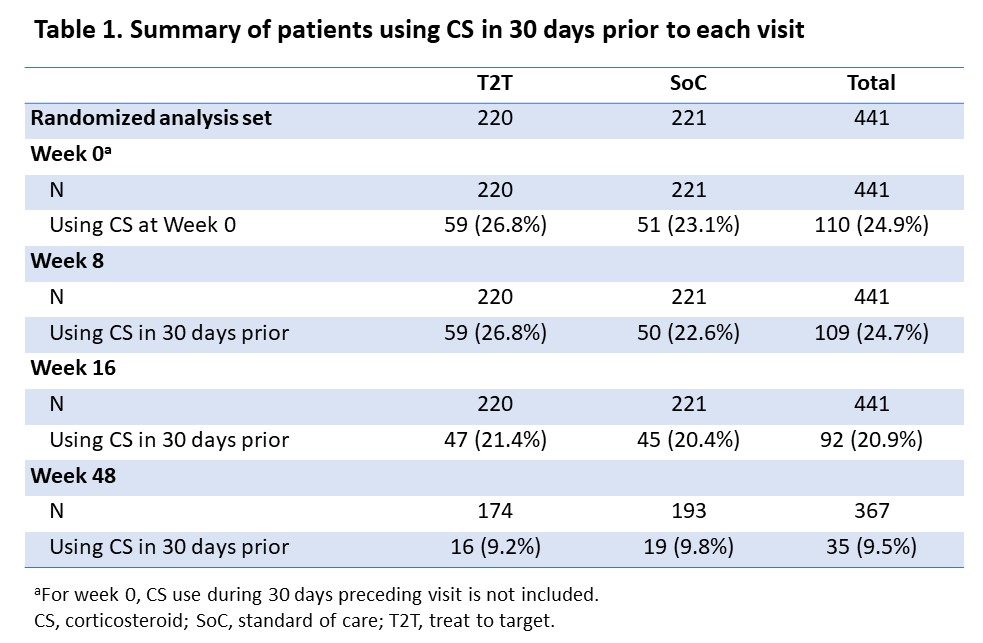