Compared to healthy controls, IBD pregnancies had significantly lower gestational age at birth and higher frequency of Cesarean section. Mode of delivery, the status of Group B Streptococcus (GBS) infection and GBS infection prophylaxis were significantly associated with the pregnancy order in both IBD and controls (Table). Furthermore, we observed strong correlations of FC (r=0.56, p-value=0.093) and microbial alpha-diversity assessed as operational taxonomic unit (OTU) richness (r=0.88, p=0.0087) between paired consecutive pregnancies in women with IBD, but not in those without IBD (Figure). There were no differences in microbial alpha-diversity using the Shannon and Simpson indices when comparing consecutive pregnancies of women with and without IBD. 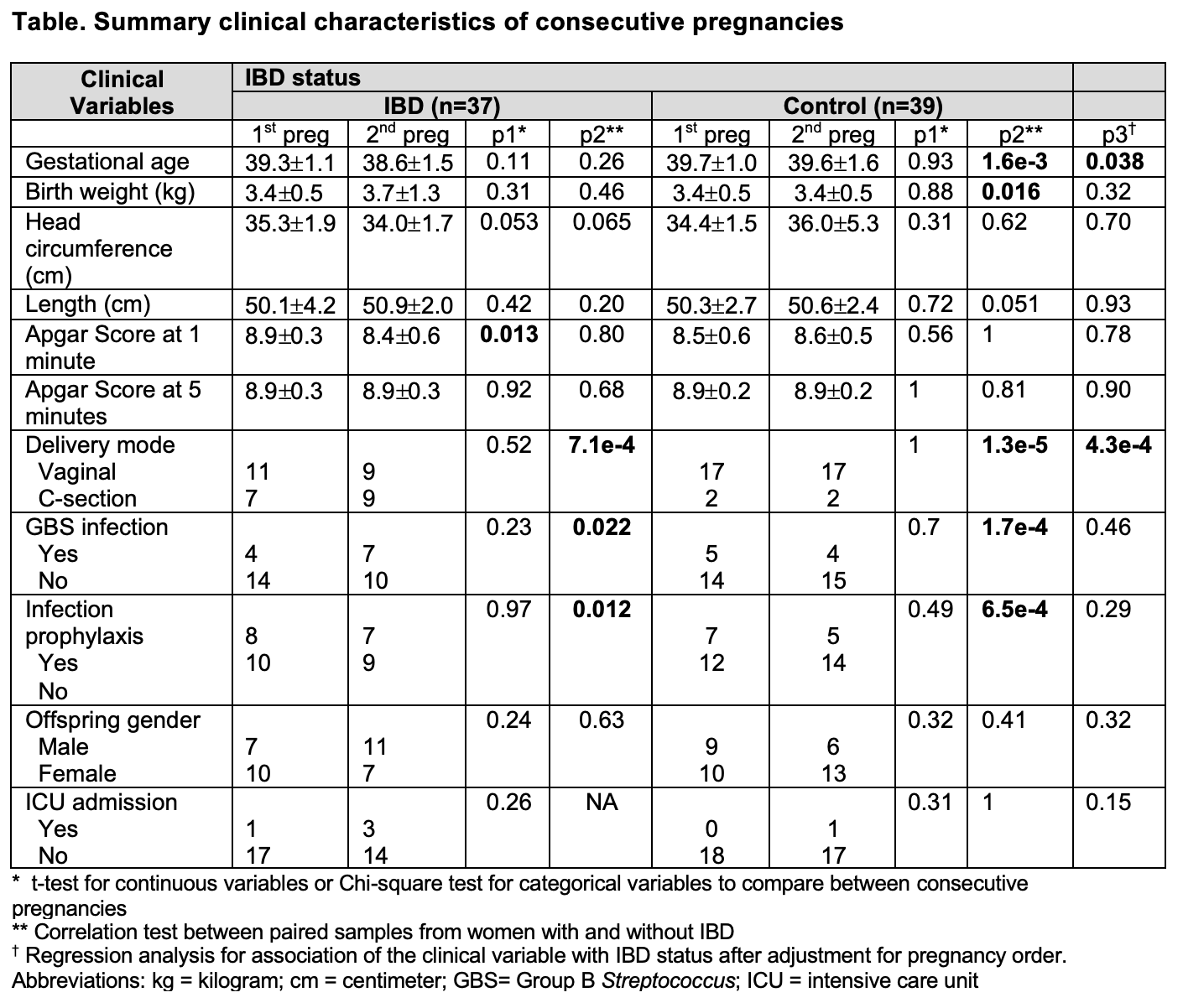 In this study, we demonstrate that intestinal inflammation and microbiome diversity are more conserved in consecutive pregnancies of women with IBD compared to healthy controls. These findings may have implications towards understanding the impact of pregnancy on host-microbiome interactions in IBD as well as the potential impact on offspring health.