Blood monitoring for disease activity in inflammatory bowel disease (IBD) is largely limited to C-reactive protein (CRP), but this may be raised in other inflammatory conditions and normal in active disease. Aims were to: (a) compare plasma levels of putative gut barrier markers, lipoprotein polysaccharide-binding protein (LBP), soluble CD14 (sCD14), syndecan-1 and intestinal fatty acid-binding protein 2 (IFABP2) in patients with IBD with those in controls; (b) define association with inflammatory activity; (c) examine responsiveness to change after biologic induction therapy.

Plasma was prospectively collected from patients with IBD and matched healthy controls. IBD was considered active with faecal calprotectin (FCP) ≥150 μg/g and/or an intestinal ultrasound showing a Limberg score ≥2. Gut barrier markers were compared to FCP and CRP. In a subset of patients who commenced on biologic therapy, they were measured at baseline and at least 14 weeks later. Biomarker concentrations were described as medians and spearman correlation was used for comparison with traditional biomarkers. 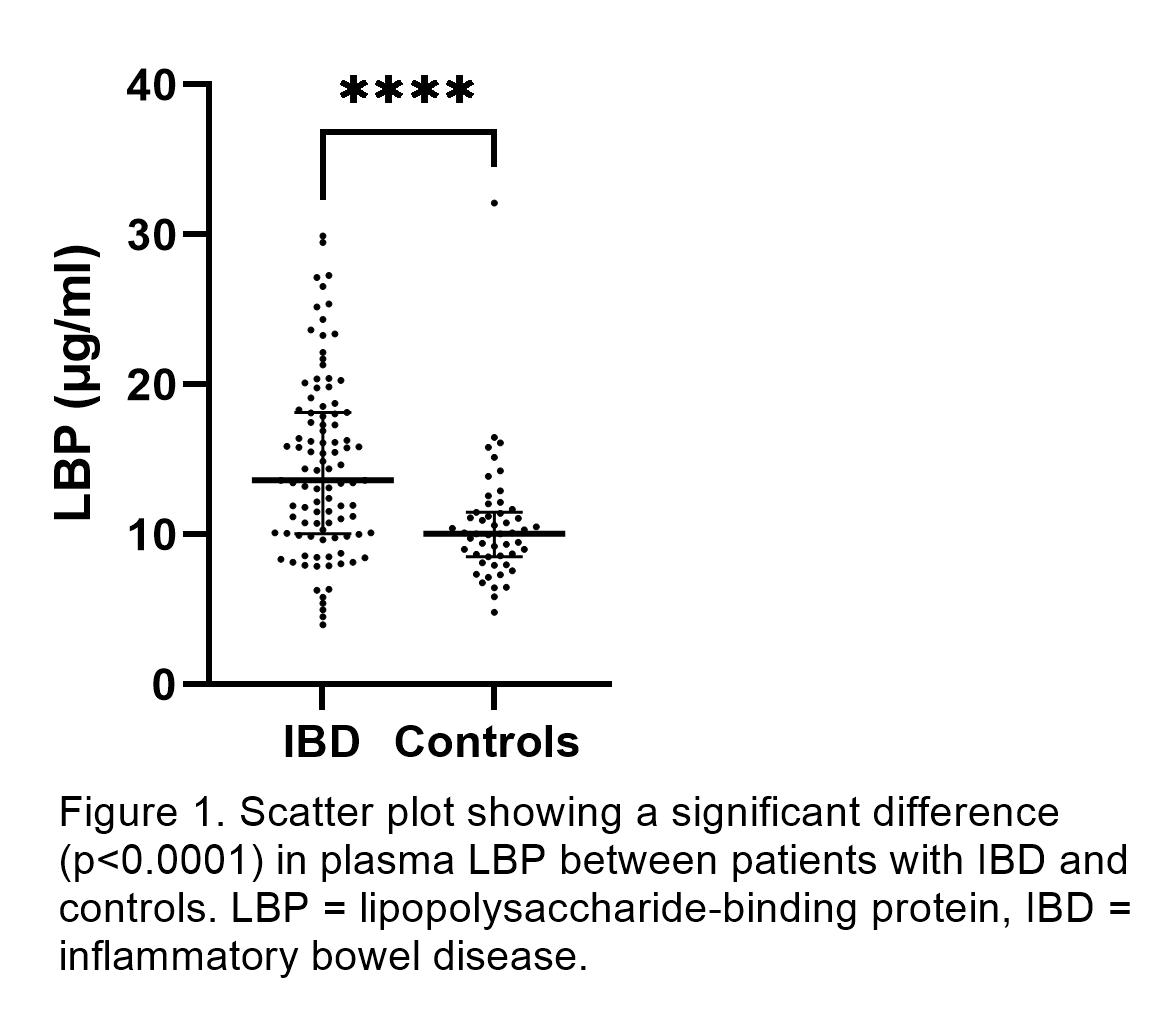 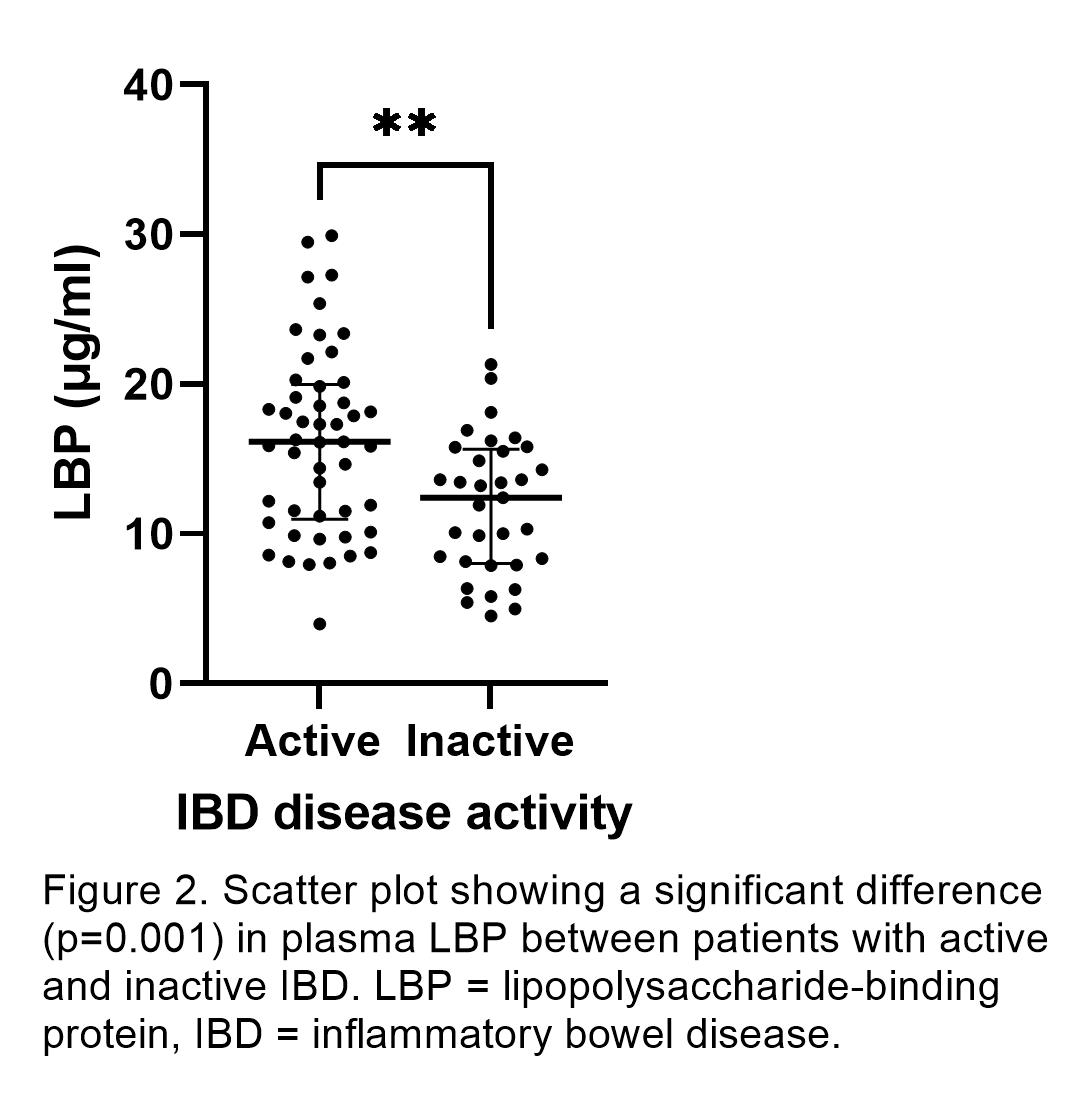 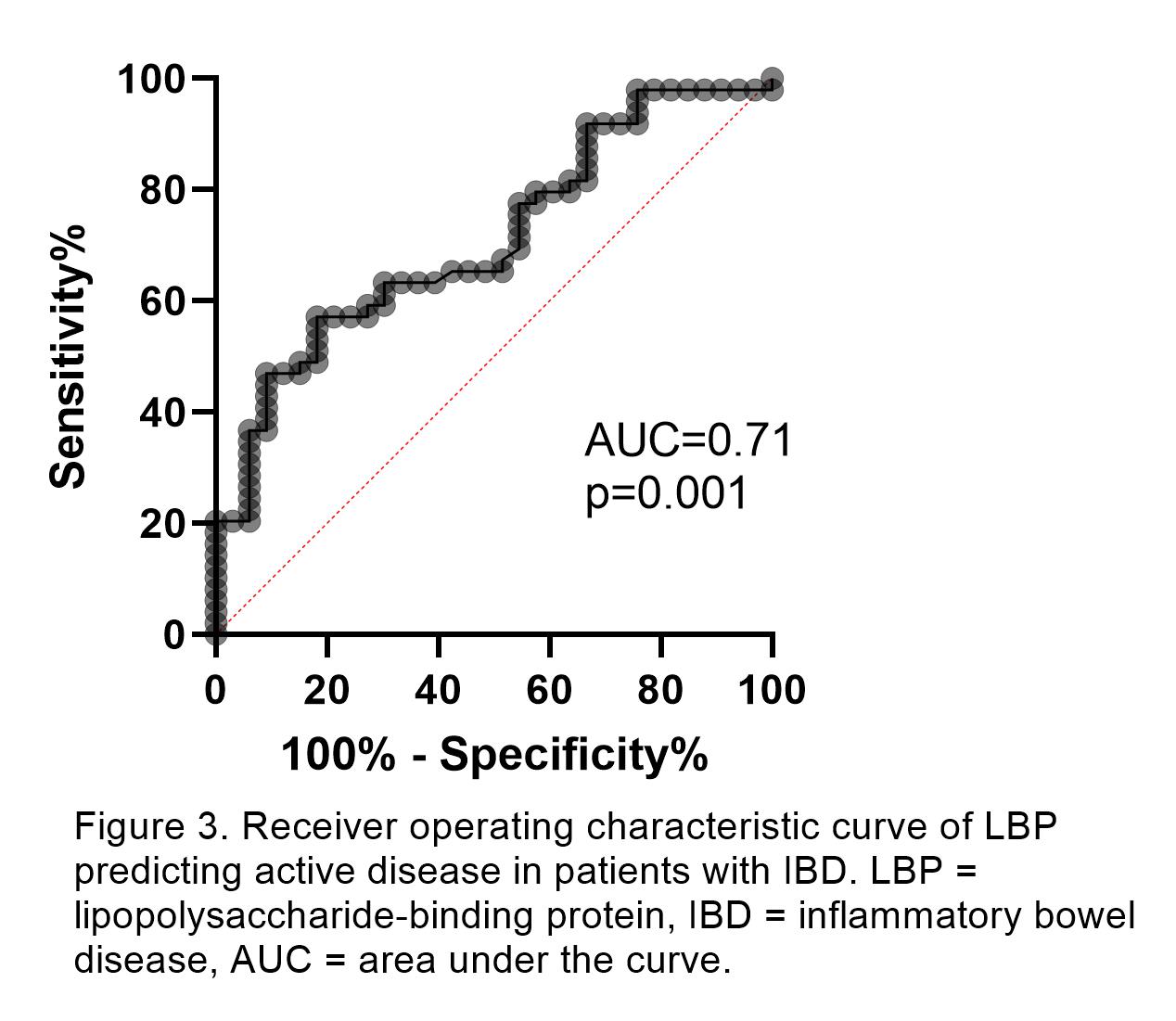 Of putative barrier markers, only those associated with bacterial translocation (LBP, sCD14) were elevated in IBD with epithelial markers (syndecan-1, IFABP2) paradoxically reduced. Only LBP was associated with active disease though its responsiveness to therapy is uncertain and requires further prospective study.