In patients with Crohn’s disease (CD), following an ileocolic resection (ICR), colonoscopy is the gold standard for the detection of endoscopic recurrence (ER). Colonoscopy, however, is invasive and not easily accepted by patients, particularly for repeated monitoring. In contrast, intestinal ultrasound (IUS) has the advantage of being non-irradiating, non-invasive, well-tolerated, and easy to repeat. The goal of this study was to assess the accuracy of IUS for ER in CD. 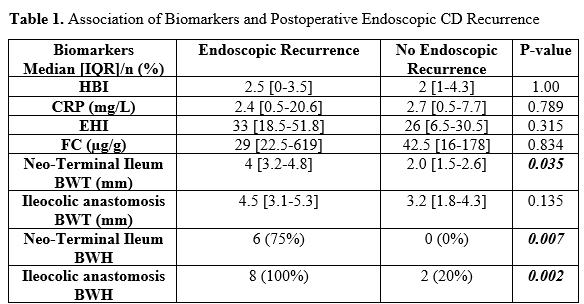 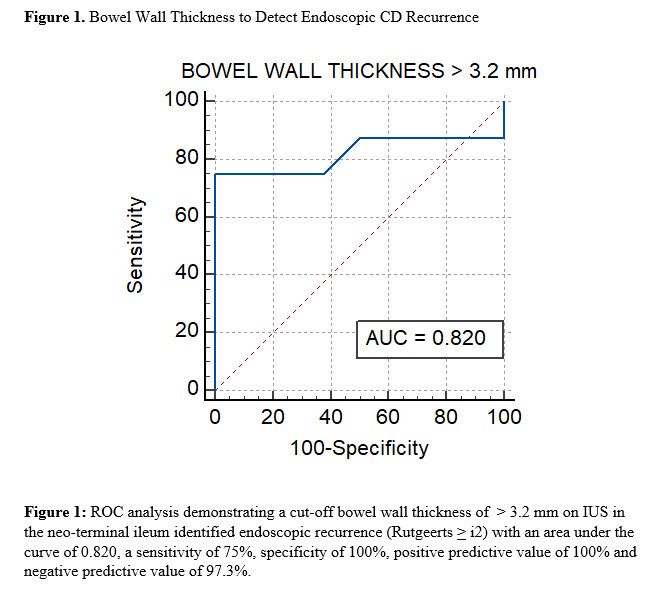 IUS is a feasible, accurate, non-invasive monitoring tool for detection of postoperative CD recurrence. Larger prospective studies are needed to determine how IUS can be integrated in the monitoring of CD patients after surgery.