Inflammatory bowel disease (IBD) is a chronic immune-mediated disease with high impact on nutritional status. Sarcopenia was related to higher risk of intestinal resection and rescue therapy in adult IBD patients; however, data in paediatric population is missing. The aim of this study was to evaluate muscle mass as a predictor of disease outcome in paediatric IBD.

All paediatric IBD patients that underwent a magnetic resonance enterography (MRE) study for disease assessment at the Tel Aviv Sourasky Medical Center in 2008–2019 were retrospectively included. Muscle mass was assessed by measuring the area of the psoas muscle at the upper level of L3 on MRE by a freehand region of interest (ROI). Psoas index was defined as the average psoas area divided by body surface area, and then was divided into quartiles. Disease location and radiological signs of IBD were documented. Clinical data including disease activity and course, medications, exacerbations and laboratory results were documented. 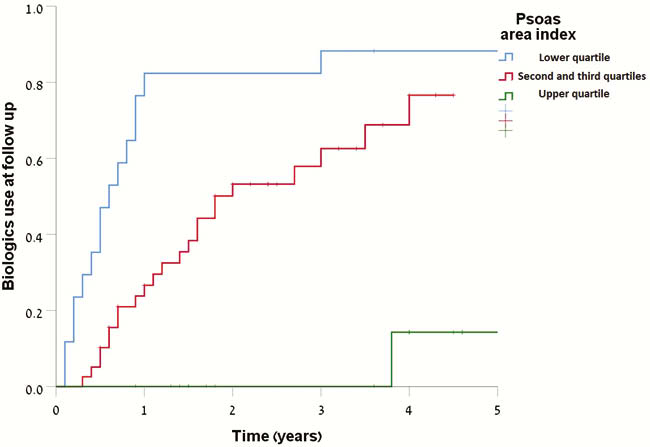 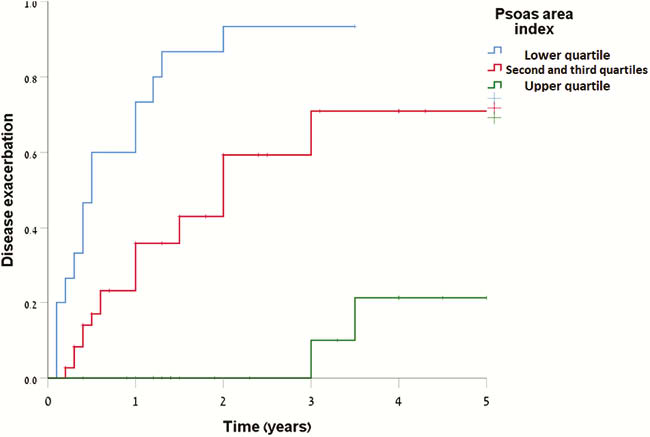 Sarcopenia correlates with the radiological severity of IBD and was found to be an independent predictor for severe clinical disease course. Muscle mass in MRE studies may be used as a possible marker for disease outcome in paediatric IBD.