In inflammatory bowel disease (IBD), a high percentage of women are diagnosed during their reproductive age. IBD in remission is the ideal scenario when planning a pregnancy. Here, we describe the demographic, clinical and pregnancy/childbirth characteristics in patients with IBD treated at a tertiary centre in Chile between 2017 and 2019.

Observational, analytic study. We retrospectively reviewed women diagnosed with IBD who were pregnant or delivered during the study period. Demographic, clinical, obstetric and delivery data were obtained from the IBD registry, approved by the local IRB. Descriptive statistics and association tests performed (2, < 0.05).

Forty-six women with IBD were included (Tables 1). At the beginning of pregnancy, 19 (41%) had active disease and 27 (59%) were in remission. Of those with active disease, 8 (79%) remained active and six had spontaneous abortions. In those who were in remission, 20 (74%) remained in this condition. Six patients (13%) discontinued treatment (four based on external medical advice, two on her own). Preconception counselling was performed in 16/40, group with a higher percentage of remission during pregnancy (69% vs. 25%, = 0.006). Pregnancy outcomes by disease activity are presented in Figure 1. Patients who had a flare during pregnancy had newborn with lower weight compare with the group that always remained in remission (2,945 vs. 3,323 g; = 0.007). 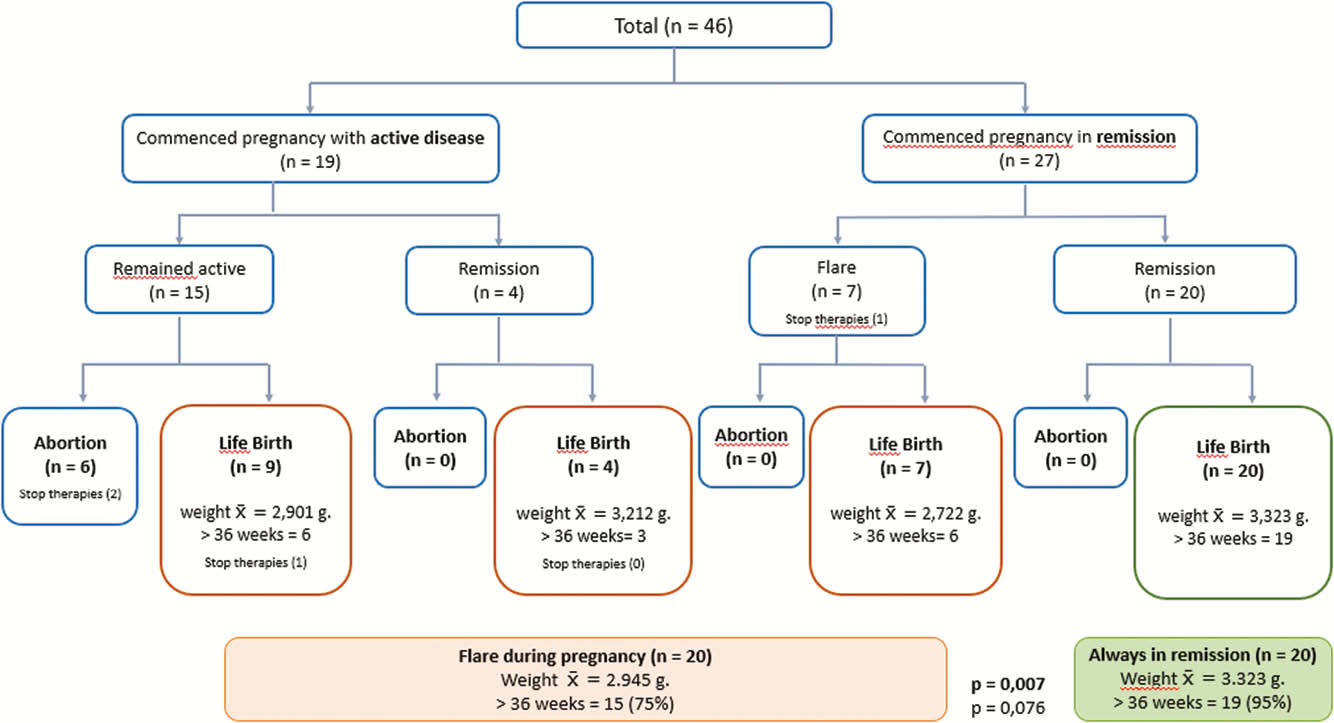 In this cohort, we observed that pregnancy during remission presents better outcomes and that preconception counselling would allow a better IBD control during pregnancy.