Faecal calprotectin (FC) is a broadly used sensitive biomarker for intestinal inflammation in inflammatory bowel disease (IBD) patients. However, in practice, interpretation of results can be complicated due to the use of different assays to determine FC. There is a lack of data comparing different FC assays. This study aimed to assess the agreement between two different assays for determining FC in patients with IBD. 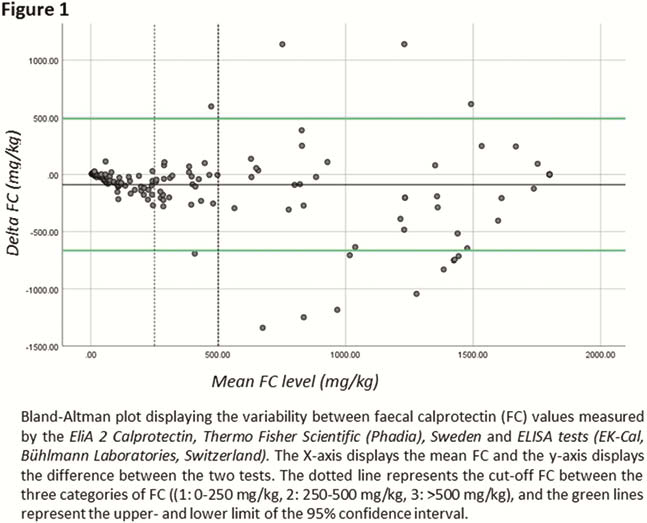 There is no systematic difference in FC measurements between the and assay in this cohort of IBD patients, and agreement between the two is substantial. This suggests that these two assays can be used interchangeably for monitoring IBD patients in clinical practice.