Faecal calprotectin (FC) measurement is used to stratify risk of IBD in primary care. Typically the normal range for FC is 0-50 ug/g, and in established practice FC>200 mandates gastroenterology referral for further investigations, including colonoscopy. The optimal FC threshold for referral is, however, debated: most people with FC>200 do not have IBD and some with IBD have FC<200.

We aimed to assess FC at different thresholds, and whether the threshold might be safely raised (hence reducing the numbers referred for colonoscopy) by combining FC with other easily ascertained parameters without significantly impacting IBD diagnostic yield.

We included all patients aged 18-45 in whom FC testing was requested in primary care in 2018 and 2019, regardless of FC result, and who subsequently underwent colonoscopy at Cambridge University Hospitals (CUH). We excluded patients with a prior IBD diagnosis. Based on the retrospective review of findings at colonoscopy and case notes, we classified the final diagnosis as one of (1) normal (2) IBD/subtype (3) non-IBD intestinal inflammation (e.g. infection, microscopic colitis, NSAID enteropathy) and (4) cancer.

Of the 32/130 (24.6%) patients with newly diagnosed IBD who had FC<600, 24 reported rectal bleeding, 13 had raised CRP >6, and 6 had a family history (FH) of IBD (table 1). Only one patient with FC <600 subsequently diagnosed with IBD had none of these parameters. Sensitivity and specificity data are provided in table 2. For patients with intermediate FC the UK advice is to repeat the test. In our cohort 168 patients had an initial FC of <600 and had a repeat. In this group the subsequent FC was <50 in 88. 6 cases of IBD were identified in those in whom the repeat FC was >50 but <600, but all had one or more of rectal bleeding, raised CRP or FH of IBD.

Based on our observations, using an FC threshold of >600, or 50-600 with one or more of rectal bleeding, raised CRP or FH of IBD, would substantially reduce the number of colonoscopies undertaken and have a minimal impact on diagnosis of IBD. Repeat testing following a modestly elevated FC had no further utility. These data require independent validation. 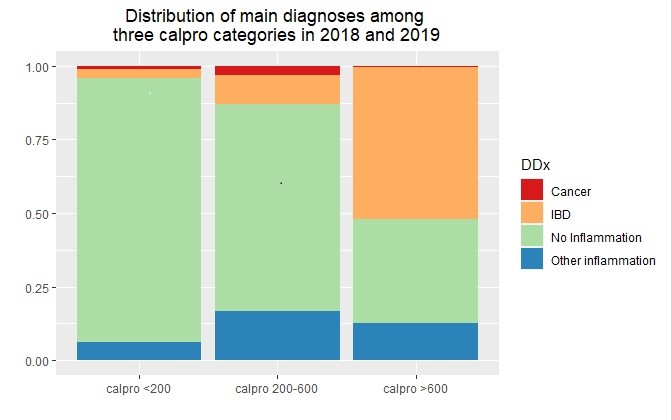 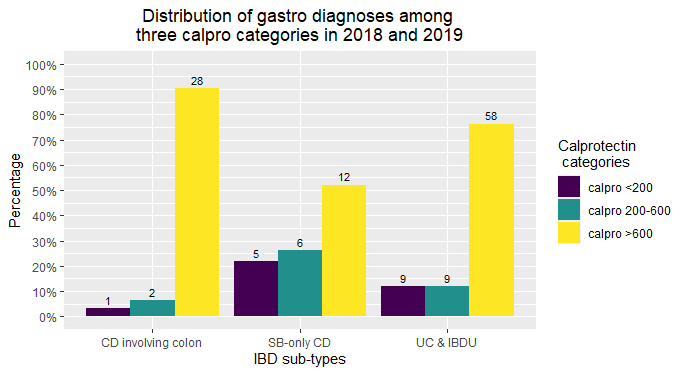 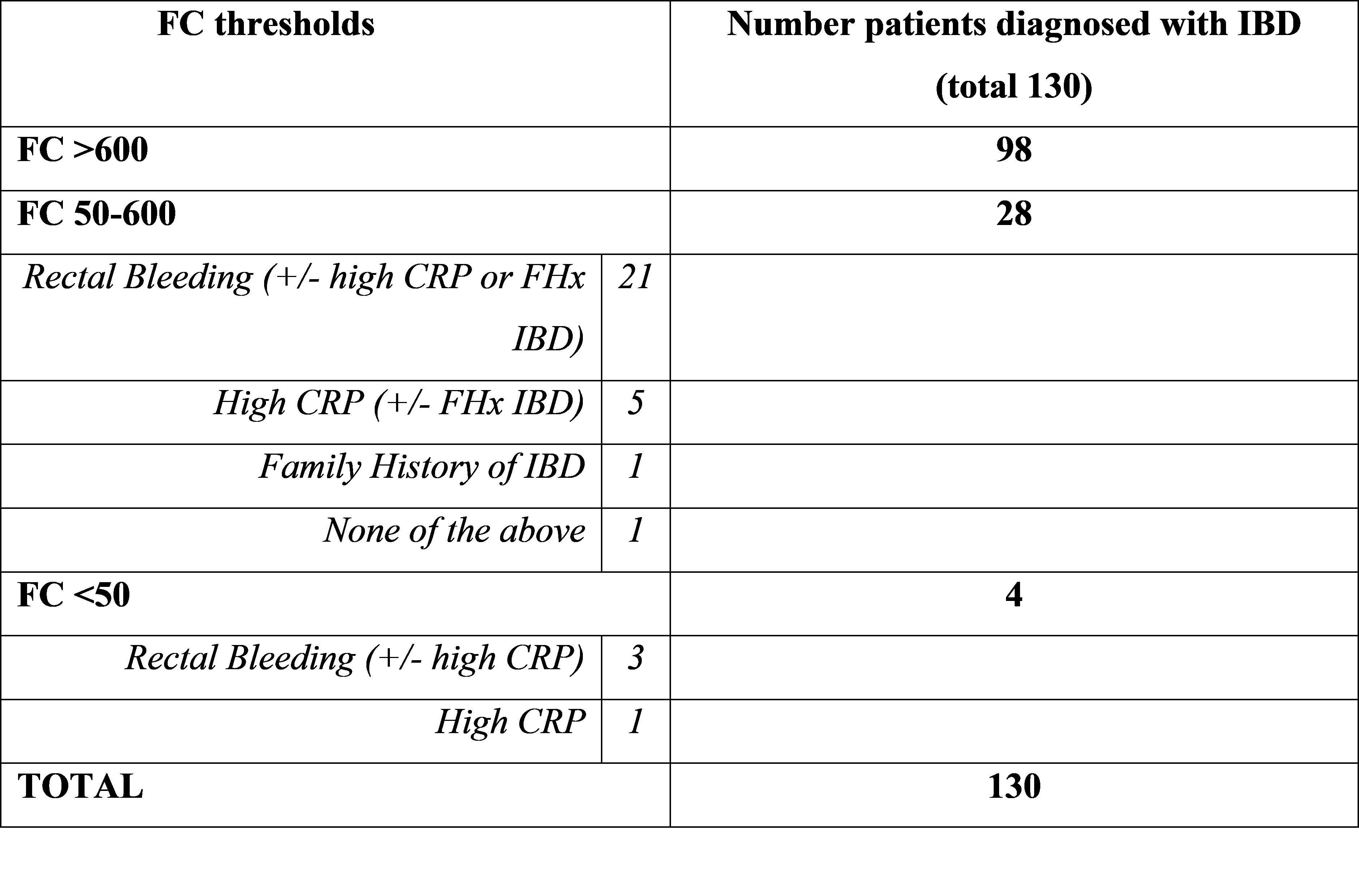