Discontinuation of biologic therapy has been associated with high risk of relapse. However indefinite biologic therapy is often not feasible in low resource settings of the developing countries where tuberculosis (TB) is endemic and cost is prohibitive. There is very limited data on the course of disease after stopping biologics from this region. We analysed the predictors of relapse including the rate and severity post withdrawal of biologics in a large real-world cohort of patients from India.

Prospectively collected data of consecutive patients treated with biologics from the IBD registry of a large tertiary care centre from India was analyzed. Demographic and disease characteristics, reasons for biologic discontinuation and relapse rate and severity post withdrawal including its management were analyzed. Cox proportional hazard analysis was done to identify predictors of relapse. 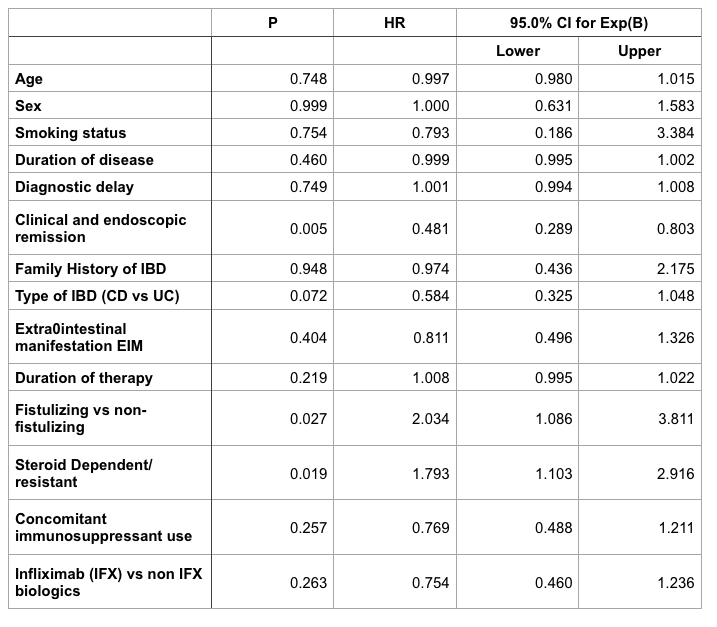 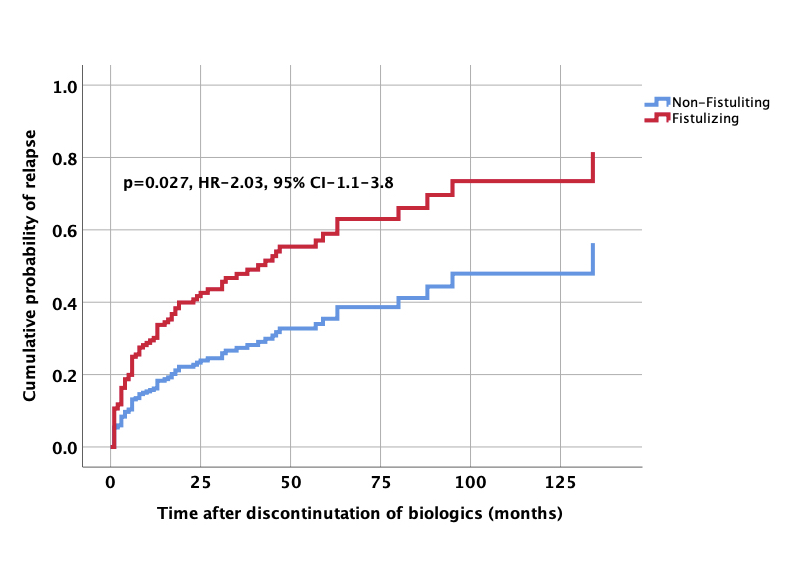 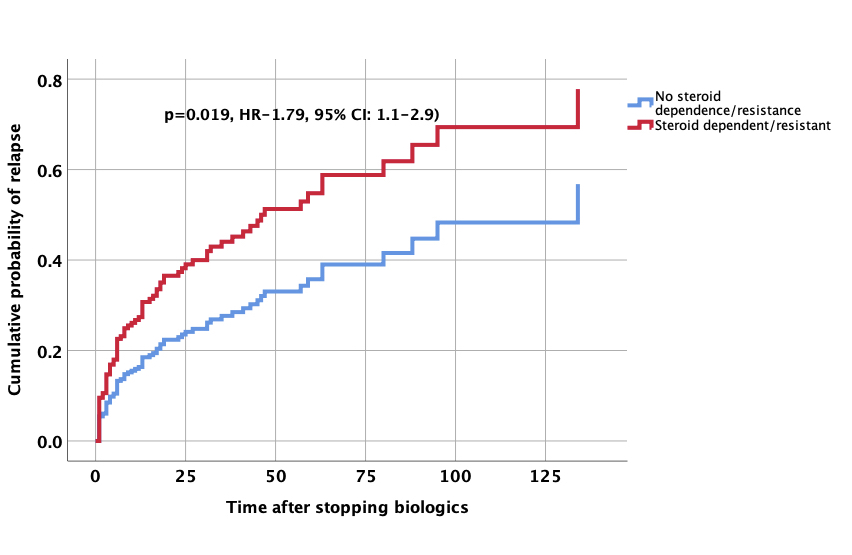 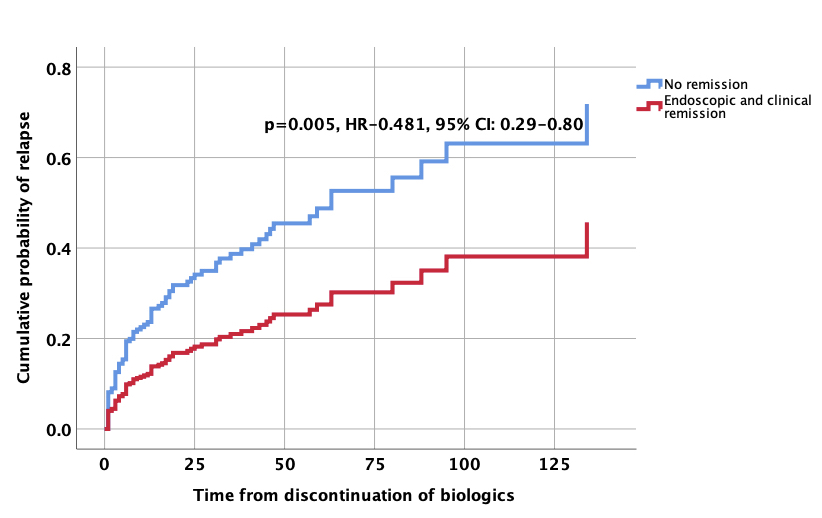 The relapse rates on discontinuation of biologic therapy was low in patients with clinical and endoscopic remission particularly in non-fistulizing, disease. Most relapses were mild.  Majority of the patients with an initial severe disease had a milder course post withdrawal of biologic therapy suggesting that biologics could alter the natural course of the disease. Further multi-centre and long term studies are warranted.