Increasing evidence suggests a role for the vermiform appendix in onset and relapse of ulcerative colitis (UC). Consequently, appendectomy is increasingly being seen as a potential alternative treatment. As a recent study suggests that patients with histological appendiceal inflammation are most likely to respond, pre-operative identification of ulcerative appendicitis could be beneficial1. Intestinal ultrasound (IUS) is increasingly utilized in the diagnosis and follow-up of patients with UC. The objective of this study was to characterize the appendix by IUS in UC patients with active and quiescent disease and healthy controls.

In this cross-sectional prospective observational cohort study, we performed appendiceal IUS on UC patients with active (A) disease (FCP>250 and SCCAI>5) and quiescent (Q) disease (FCP<150 and SCCAI<5), followed by age-, body mass index- and gender- matched healthy (H) controls. During IUS, the appendix was identified as a bowel structure with cecal origin and a blind-ending tip.  IUS still images and cineloops were centrally and blindly read by an IUS expert (>1000 examinations). Primary outcomes were signs of appendicitis on IUS, defined as a <6 mm transverse appendiceal diameter3 (average of a cross-sectional and longitudinal measurement), hyperaemia (using the modified Limberg score2), presence of peri-appendiceal fat and fluid, and compressibility. 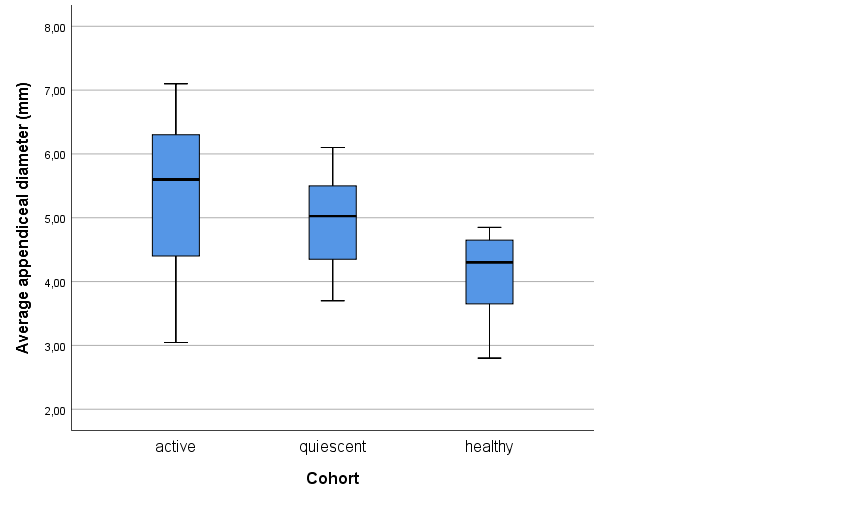 Fig 2 (a, b). Bar charts of incompressibility (a) and hypervascularity (b) among cohorts 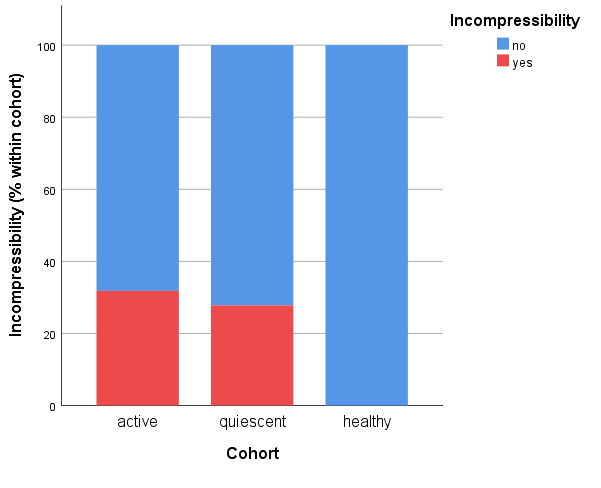 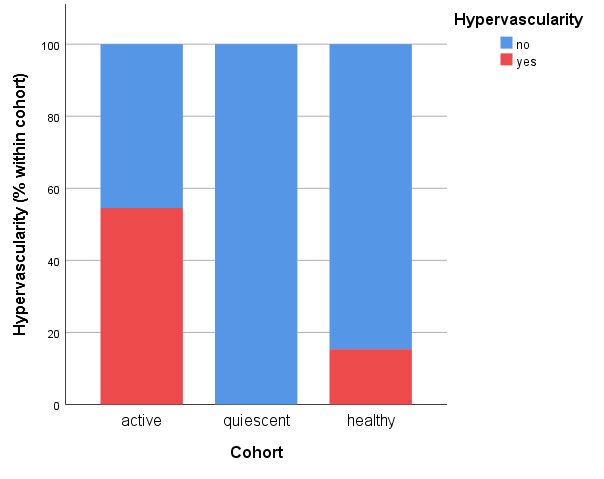