Patients with CD diagnosis (Index) and at least one CD therapeutic agent prescribed between 2006 and 2019 were screened from the JMDC database. JMDC is a health claims database where various sized (small to very large) companies’ employees and their dependents are enrolled. Subjects with a minimum 12-month CD-diagnosis-free enrolment period up to the Index, and a minimum 12-month observational period after the Index were included in the analysis. Subjects were categorised into 2 groups (A: without biologics, B: with biologics) based on their first-year treatment, and then further into 4 groups: SCS without biologics (A1), No SCS nor biologics (A2), Biologics with no prior SCS (B1), Biologics with prior SCS (B2). 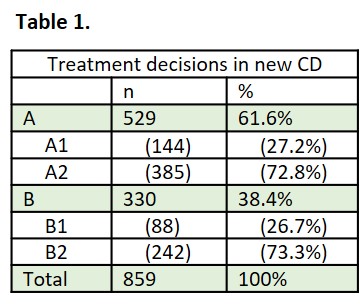 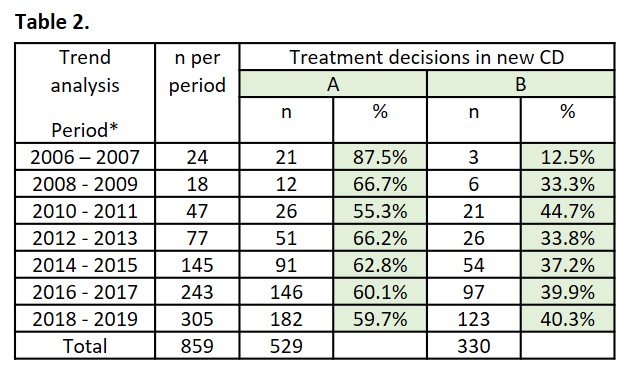 Real-world treatment decisions in newly diagnosed CD were investigated, and perianal symptoms were strongly associated with biologic therapy. Biologic adoption rates in CD seemed higher and faster in Japan compared to Europe. According to a Danish study reported by Alulis et al. (2020), 28.5% of CD patients received biologics at some point during the whole study period, of which 46.2% received within a year. These figures suggest that 13.2% of newly diagnosed CD were treated with biologics within the first year in the Danish study compared to 38.4% in our study.