P193 Correlation of the IBD Disk scores with diagnosis of IBD, Faecal calprotectin and Endoscopic scores in patients presenting to a rapid access IBD inception clinic.

The IBD-Disk was adapted from the Inflammatory Bowel Disease –Disability Index as a tool to capture a patient's functional status for Health Care Professionals to review. Patients complete this disk for ten symptoms with scores ranging from 0 to 10. Patients with higher scores have a significant burden of disease. We explore correlation of IBD disk score with faecal calprotectin, endoscopic scores, and a diagnosis of IBD in patients referred to our inception clinic service.

The total IBD disk score was significantly higher in younger patients (p=0.03). No correlation was seen between the eventual diagnosis of IBD and total score at presentation or individual components of the IBD disk score. Multivariate regression analysis, however, demonstrated significant correlation between regulated defecation and interpersonal interactions with F.Cal at baseline in patients with IBD (p<0.05). No correlation was seen with other variables of the IBD disk and faecal calprotectin levels. 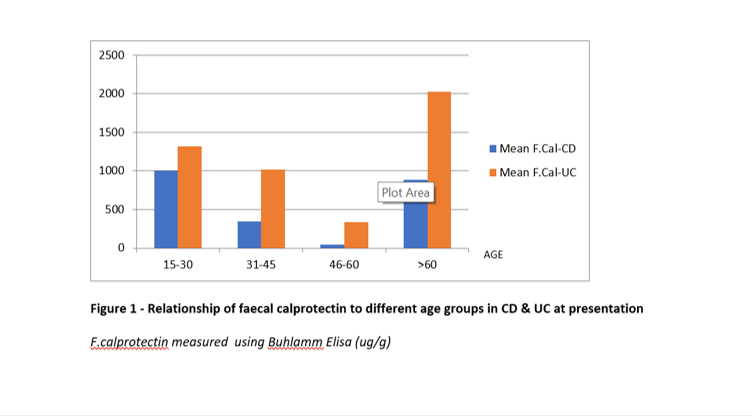