Metastatic Crohn’s disease (CD) is an extra-intestinal manifestation (EIM) characterised by ulceration, swelling or inflammatory lesions that are non-contiguous with the gut; genital involvement is rare. We conducted a systematic review of ACD and granulomatosis to provide a synthesis of epidemiology, clinical features, and treatment outcomes in adults and children.

A systematic literature search was conducted via MEDLINE, EMBASE and the Cochrane database from inception to 1st December 2020 to identify studies of ACD presentation and/or treatment outcomes. Investigators extracted, analysed, and reported study data in accordance with PRISMA. Clinical response was defined as a reduction in symptoms, genital swelling or partial healing of ulcers and fissures. Remission was defined as complete resolution of symptoms and examination findings.

To our knowledge this is the first systematic review of ACD in adult and paediatric males and females. ACD and granulomatosis are rare EIMs of CD that are under-recognised, leading to treatment delay, and significant morbidity. There is a wide heterogeneity in presentation and some of the treatments used in luminal and perianal CD appear to be effective. Further studies with longer follow up are required to define optimal treatment strategies. 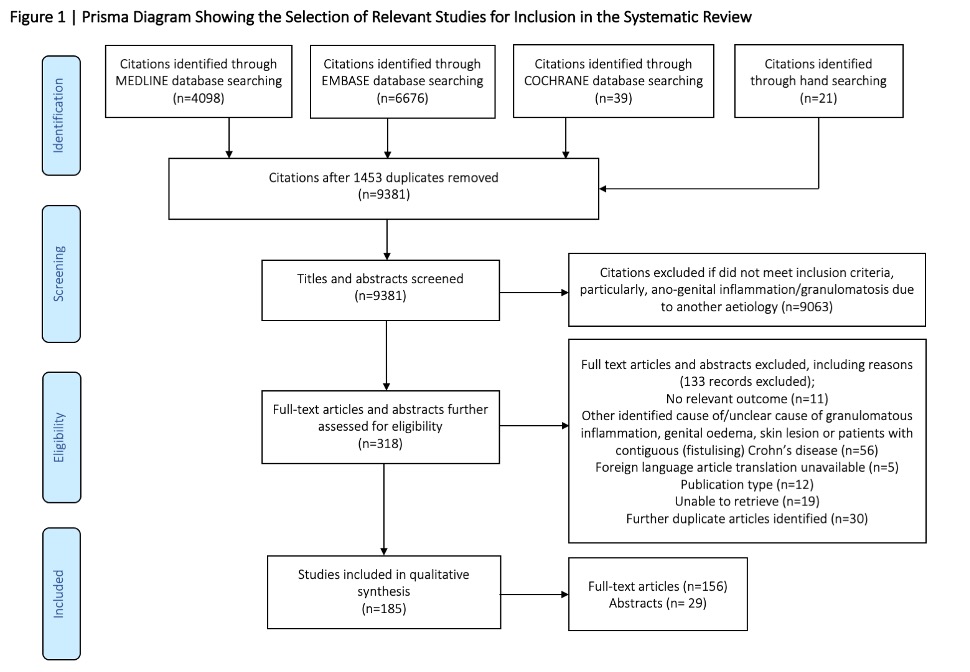 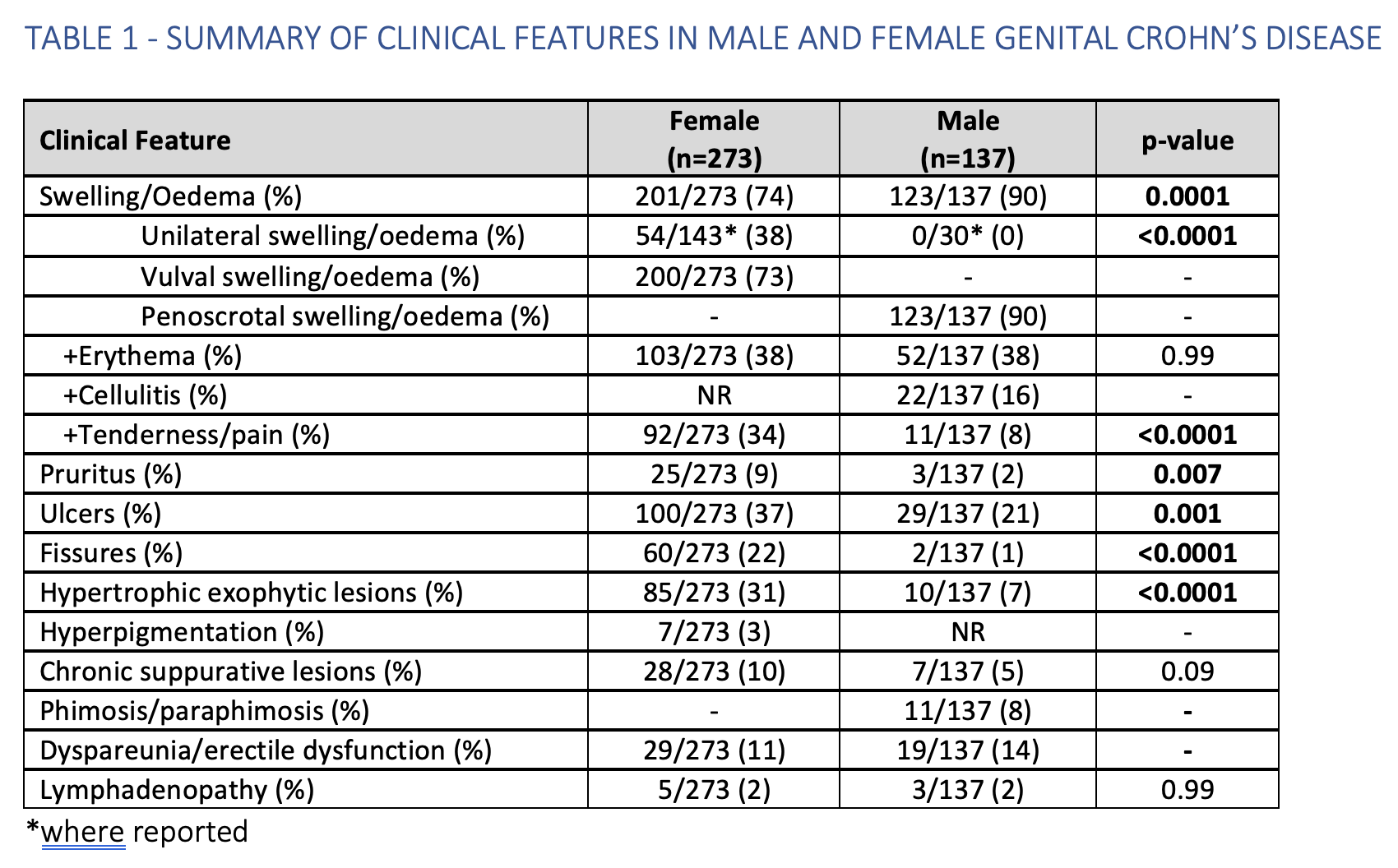