While Vedolizumab (VDZ) is an established treatment for Crohn’s disease (CD), primary non-response is well-recognised – there is an urgent clinical need for biomarkers that predict response, before initiation of treatment. Metabolomic profiling is a rapidly growing field in biomarker discovery and can distinguish between active and quiescent inflammatory bowel diseases. Here, we sought to identify a metabolic signature able to predict response to VDZ.

Here, we identify an inflammatory metabolic signature which predicts response to VDZ. Work to confirm these findings in a larger cohort and extend this method to investigate infliximab, adalimumab and ustekinumab treated patients, as part of the EPIC Pioneer study, is ongoing. 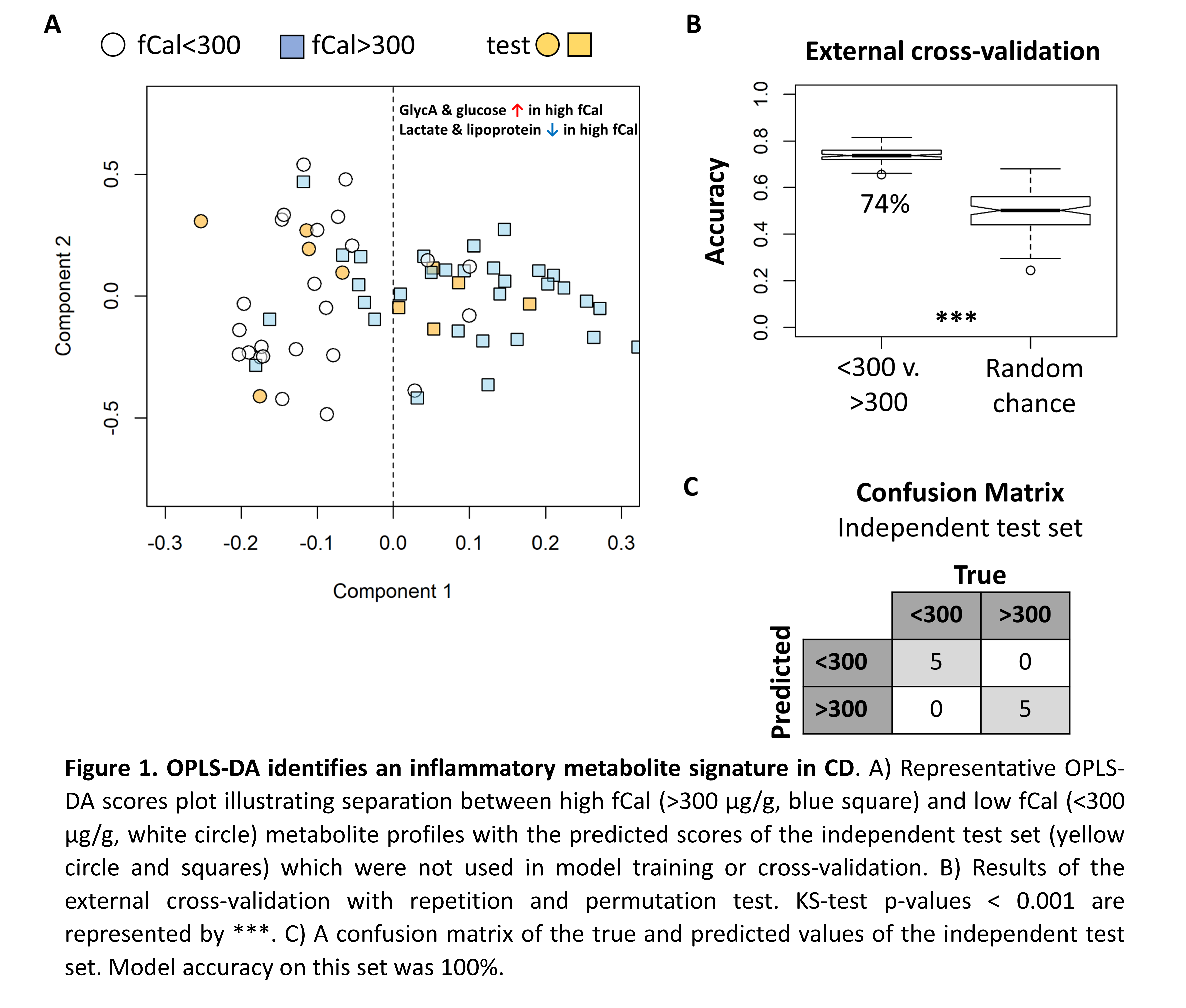 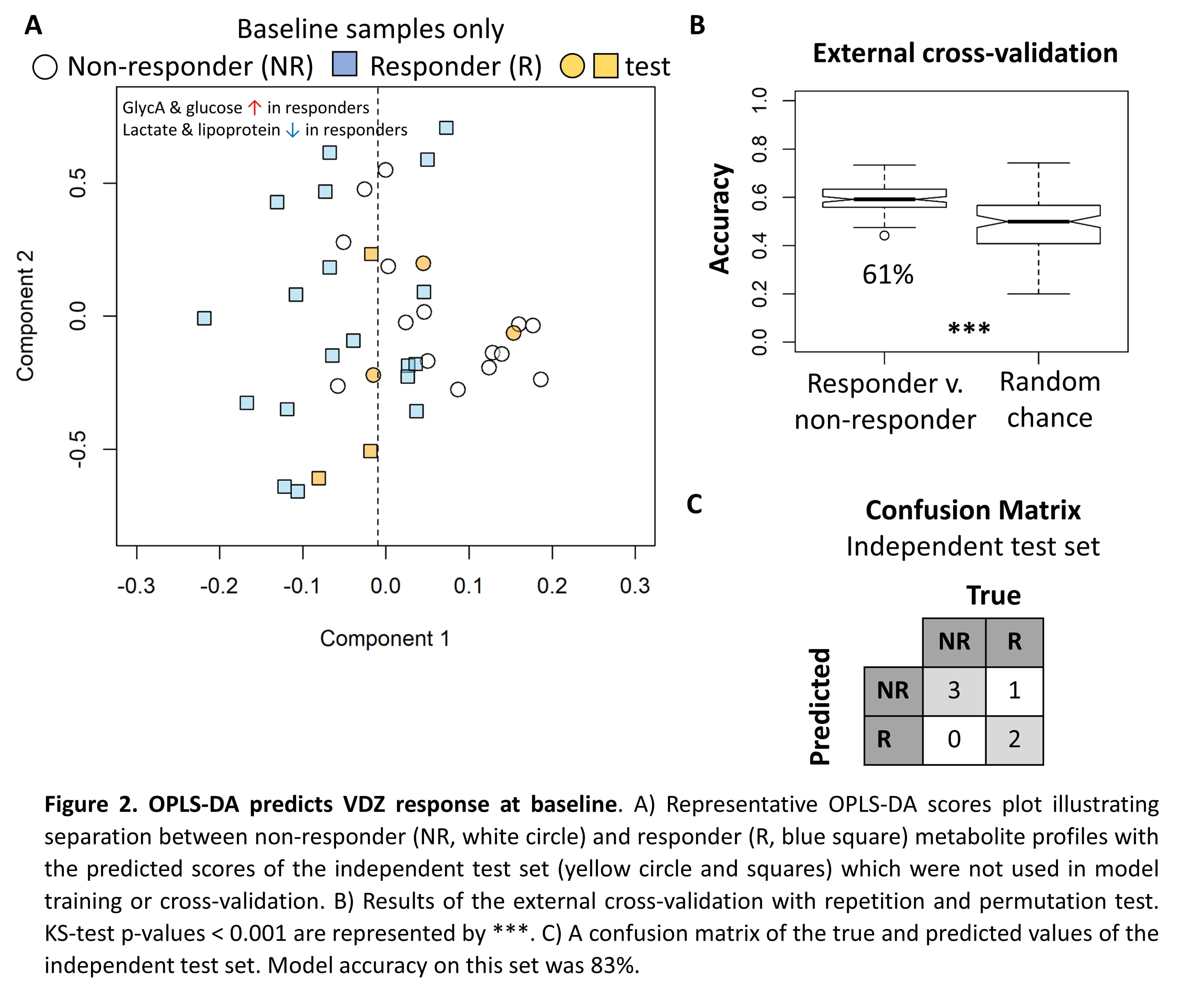