P199 Ileal pouch-anal anastomosis in women of childbearing age affected by ulcerative colitis: a single-centre study on the risk factors for infertility and outcomes of pregnancy over 17 years.

The impact of Ileal Pouch-Anal Anastomosis (IPAA) on the fertility of women affected by ulcerative colitis (UC) is still debated in the literature. The primary aim of this study was to assess the risk factors for infertility in women undergoing IPAA. The second aim was compare the outcomes of pregnancy before and after IPAA.

Retrospective study including women (18-45 years) undergoing IPAA for UC (2004-2020). Univariate comparison was carried out as appropriate. Cox regression analysis was used to identify significant predictors of infertility over the follow-up (defined as the conceiving time starting one year after IPAA surgery). 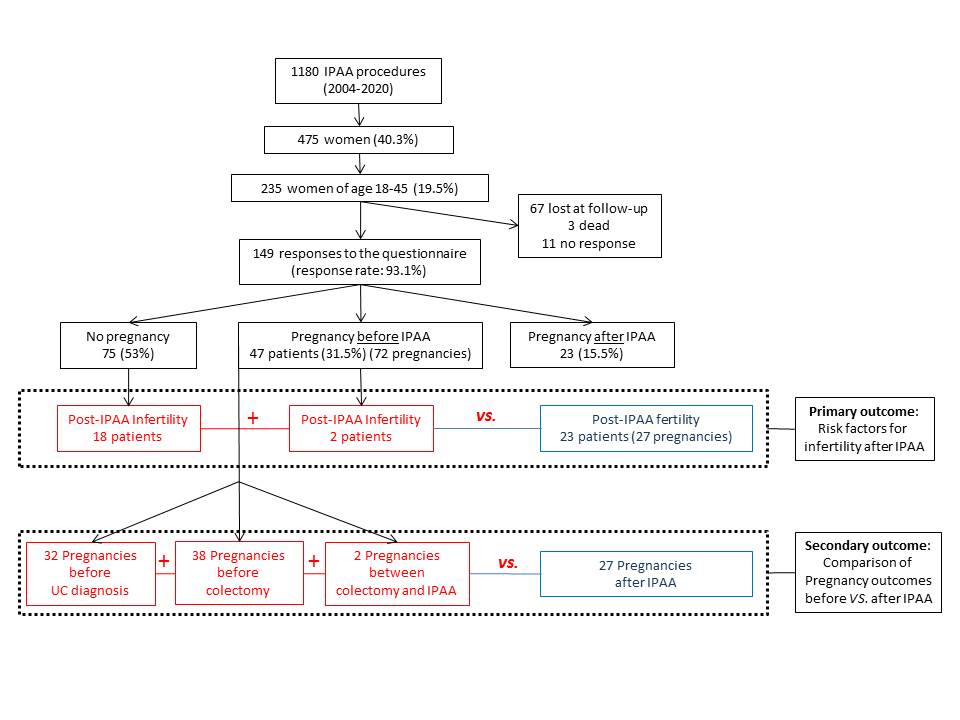 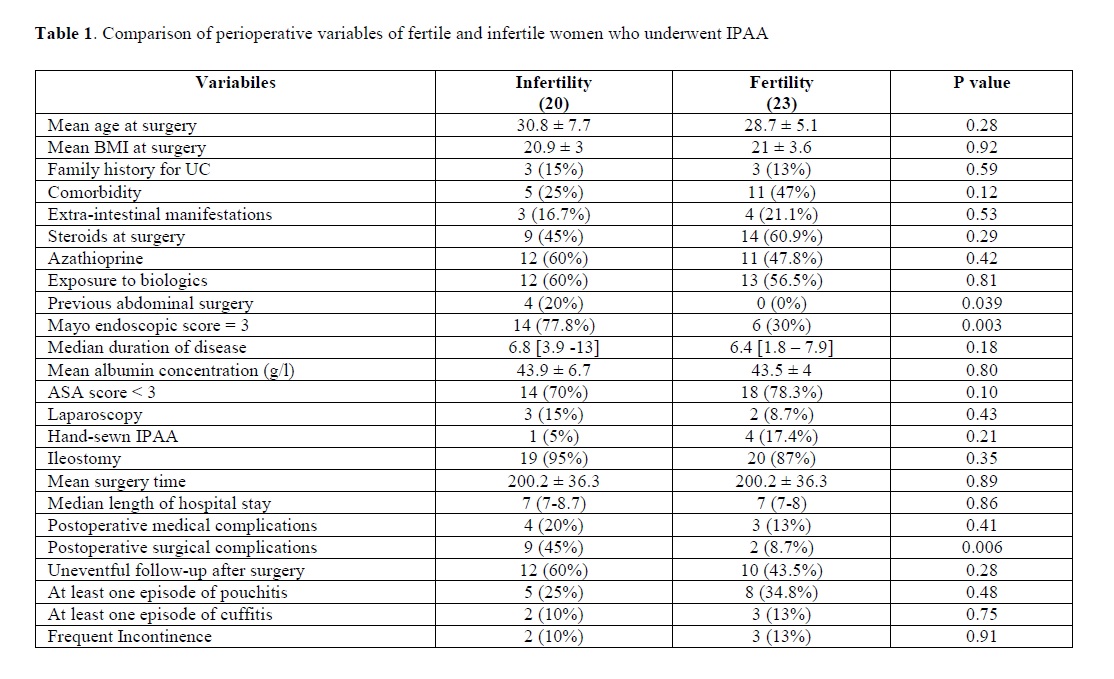 Of the 61 nulliparous women who did not try to conceive after IPAA, 11 (18%) feared physical consequences, 10 (16.4%) were afraid to transmit the disease, while 3 (4.9%) were recommended by their gynecologist.

IPAA surgery is associated with a reduction of the fertility of 46.5%, and the preoperative severity of the disease seems to be the strongest predictor of infertility. Although the pregnancy after IPAA requires a longer conceiving time, it is safe for both the mother and the child, at least when carried out through caesarean delivery. A great proportion of women of childbearing age affected by UC still refer confusion regarding the risks of complications and infertility associated with IPAA. A dedicated counsel pathway should be mandatory in all referral centres. A larger multicentric study will be required to assess the outcomes in a larger population.