P201 Crohn’s Disease of the terminal ileum associated with ileo-sigmoid fistula: risk factors for ileostomy formation and postoperative complications during the years of biologics

Ileo-sigmoid fistula (ISF) is a complication of Crohn’s disease occurring in a significant proportion of patients. The aim of this study was to describe the perioperative outcomes of patients affected by ISF and to identify the risk factors for complications and ileostomy formation.

Consecutive patients operated for ISF between 2004 and 2021 in a single referral centre were included. Considering the presence of a large number of regressors the variables to include in the models were selected using the least absolute shrinkage and selection operator (LASSO) method. The multivariate analyses of the independent variables associated with the risk of ileostomy formation and post-operative complications were conducted using logistic regression.

Of the 208 patients who underwent ileocolic resection for ISF (Table 1), 161 (77.4%) also underwent sigmoid resection, while 47 (22.6%) underwent a conservative treatment of the target sigmoid colon.  ISF was detected preoperatively with CT scan in 121 (58%) patients and with colonoscopy in 63 (30%) patients. 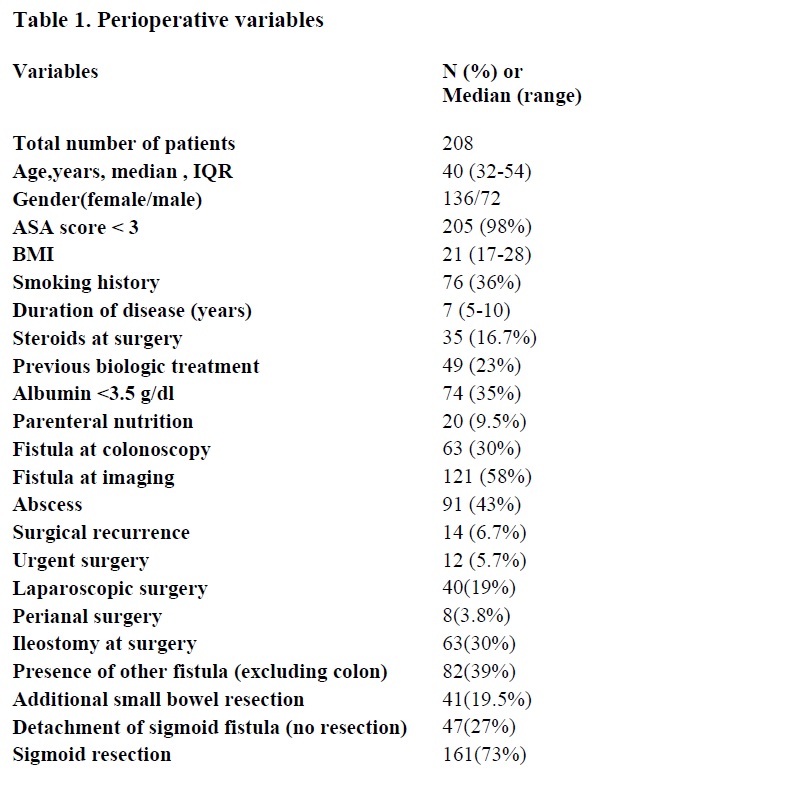 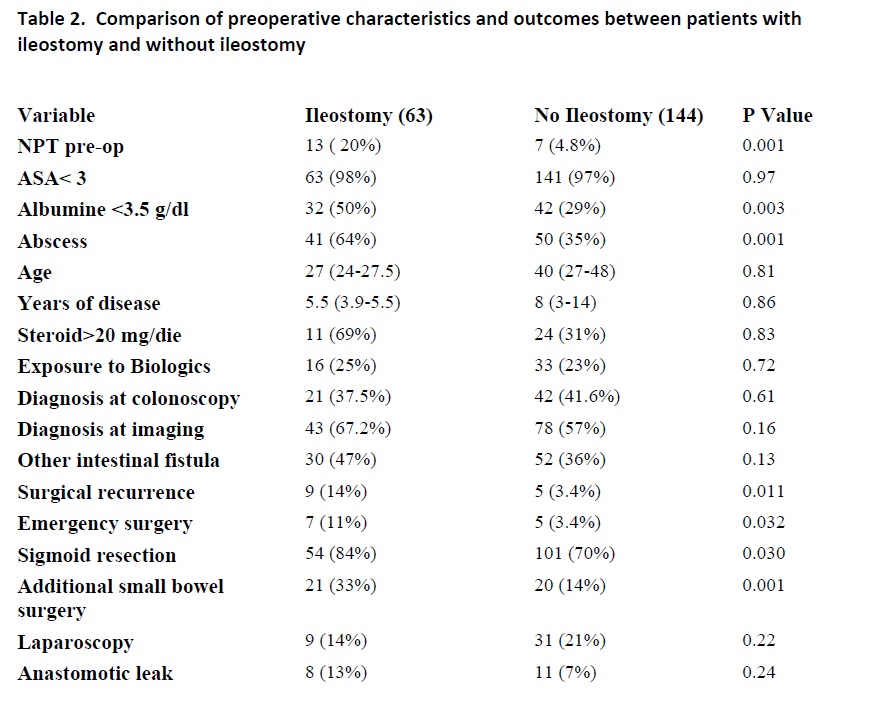 Although a diverting ileostomy was more likely to be performed in those patients identified perioperatively as high-risk subjects (more clinically relevant ISF, recurrent disease, addition bowel surgery or abdominal sepsis), this did not prevent the onset of postoperative complications, which seem to be associated with a more disseminated disease (either to the colon or to other locations of the small bowel) or with the presence of untreated intra-abdominal sepsis.