A substantial group of patients with inflammatory bowel disease (IBD) experience fatigue, even while in clinical remission. At present, disease-specific behaviours that maintain or worsen symptom burden including fatigue have not been explored. We developed a questionnaire evaluating IBD-specific avoidance behaviour and investigated how this relates to self-reported fatigue.

This study was a close collaboration between the psychology and gastroenterology department of our tertiary referral centre. A 72-item IBD-specific avoidance behaviour questionnaire (IBD-B) was generated based on literature review and input from clinicians and a patient focus group ( 10). Between July 2018 and March 2019, 500 consecutive IBD patients were included at our infusion unit (wave 1) (participation rate 79%, 48% male, 66% Crohn’s disease (CD), median age 40). Patients completed the 72-item IBD-B, a demographic questionnaire, patient-reported outcome assessing disease activity (PRO2) and a Visual Analogue Scale (VAS) for fatigue. Test–retest reliability was assessed in 89 patients (54% male, 70% CD, median age of 40) who completed the IBD-B, PRO2 and VAS fatigue scale a second time after 4–12 weeks (wave 2). Clinical remission was defined as an abdominal pain score ≤1 and a liquid to very soft stool frequency ≤1.5 in CD patients and as no rectal bleeding and a stool frequency ≤1 in patients with ulcerative colitis (UC). A principal component analysis (PCA) was then used to reduce the number of items and investigate the underlying factor structure of the IBD-B. The predictive value of IBD-specific behaviours for fatigue was finally investigated both cross-sectionally and prospectively. 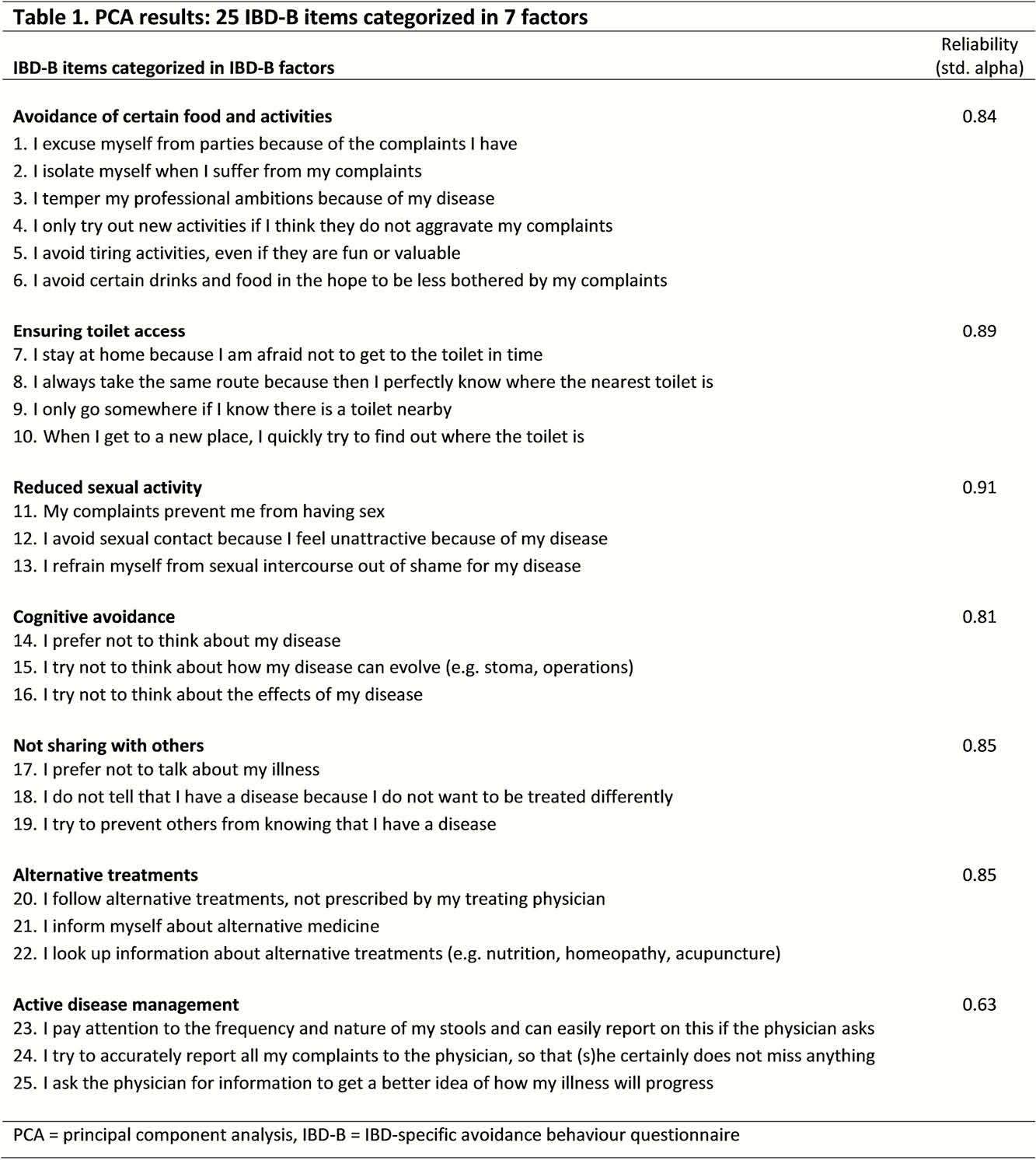