Extraintestinal symptoms are common in inflammatory bowel diseases (IBD) and include depression and fatigue. These are highly prevalent especially in active disease, potentially due to inflammation-mediated changes in the microbiota-gut-brain-axis.
The aim of this study was to investigate associations between structural and functional microbiota characteristics and severity of fatigue and depressive symptoms in patients with active IBD

We included clinical data of 62 prospectively enrolled patients with IBD in an active disease state. All patients were scheduled for a change in the therapeutic regime, and completed questionnaires and collected stool samples before induction of the new therapy. Based on taxonomical and functional metagenomic annotations of faecal gut microbiota, we investigated associations between bacterial genera/functional (KEGG-)modules and symptom severity of self-reported fatigue and depression by means of a bayesian triple association approach 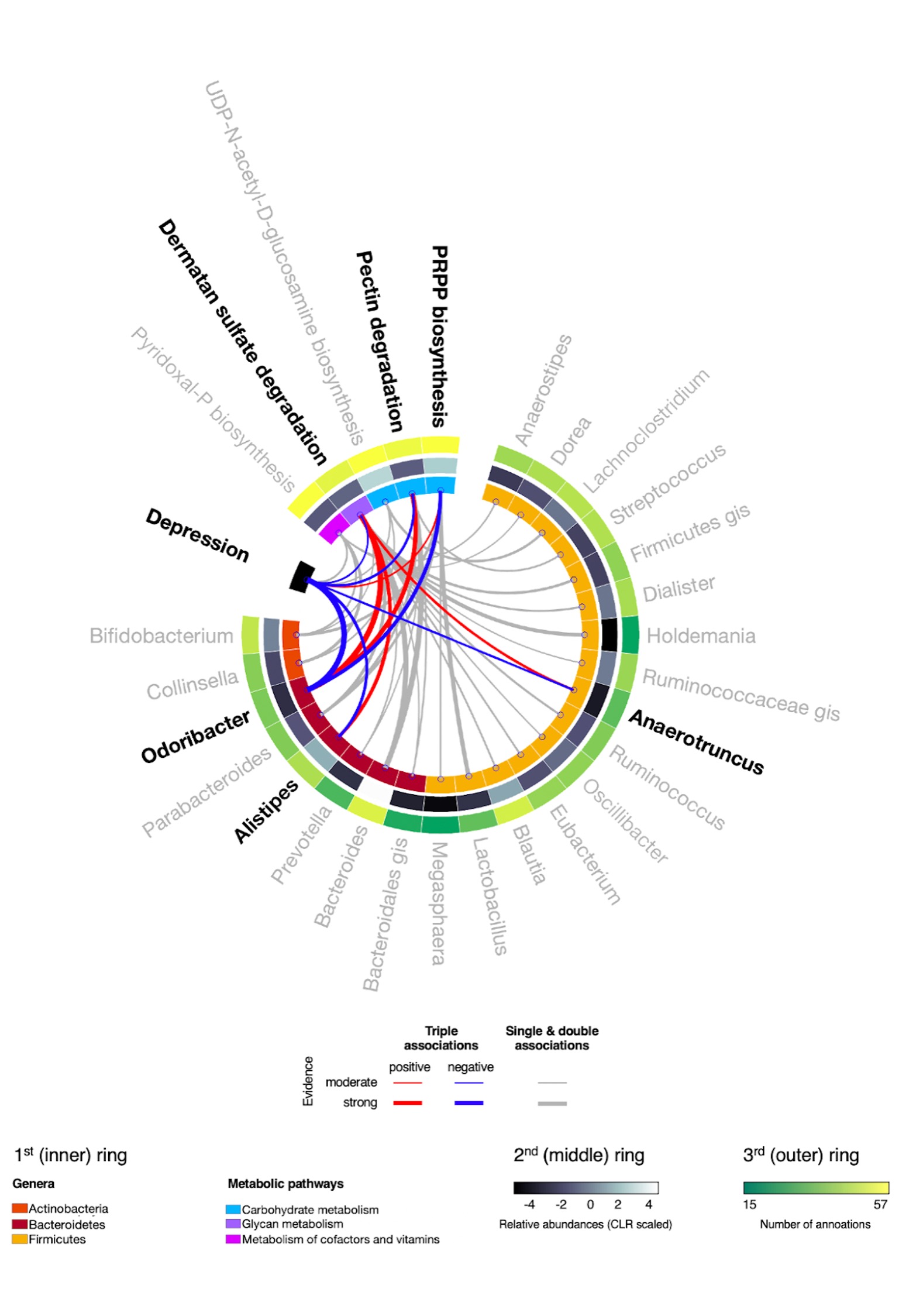 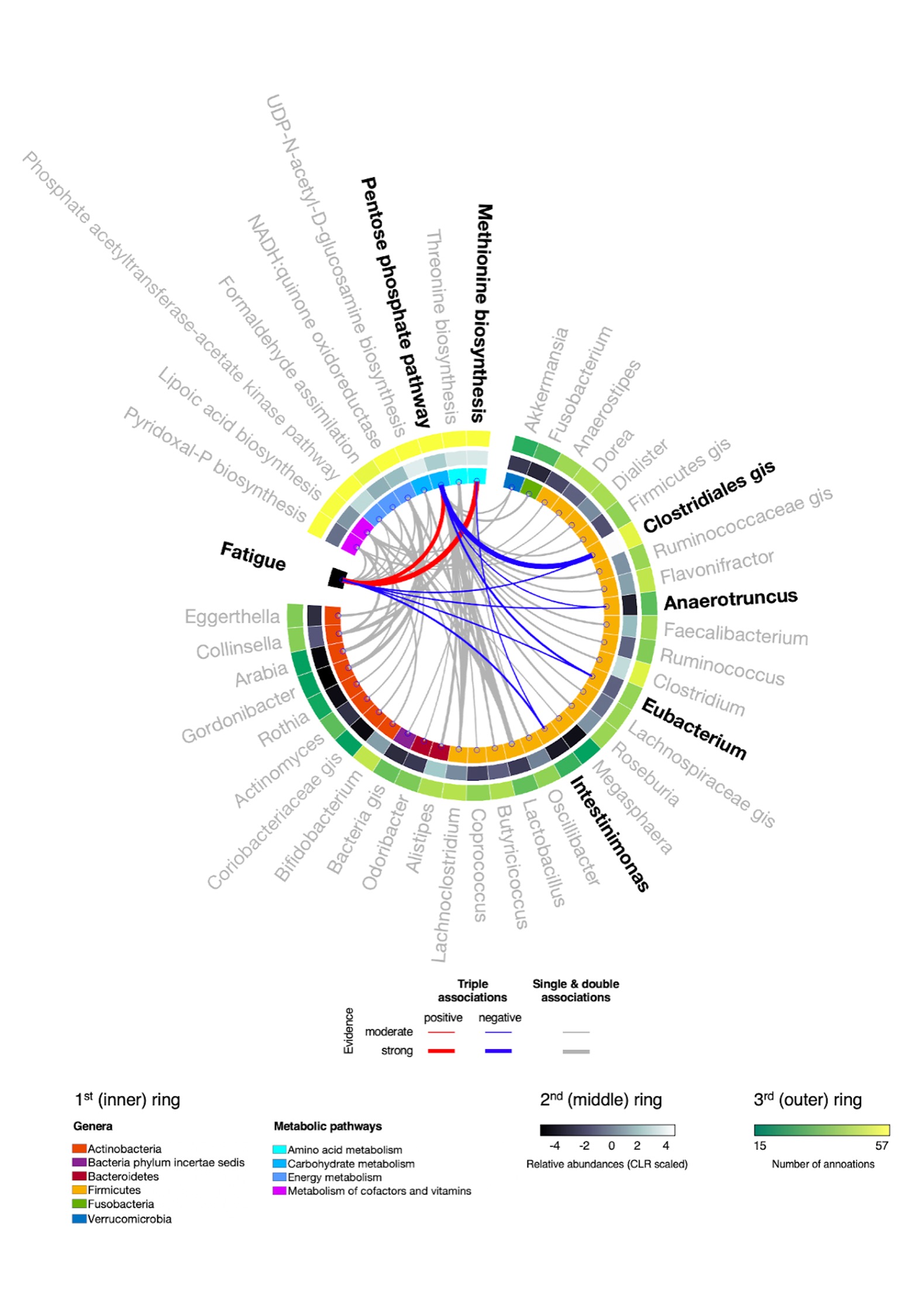 This study provides first evidence of a triple association between microbiota composition, function and extraintestinal symptoms in active IBD. Depression and fatigue were associated with lower abundances of short chain fatty acid-producers and distinct pathways implicating glycan-, carbohydrate and amino acid metabolism. Our results suggest that microbiota-directed therapeutic approaches may reduce fatigue and depression in IBD and should be investigated in future research