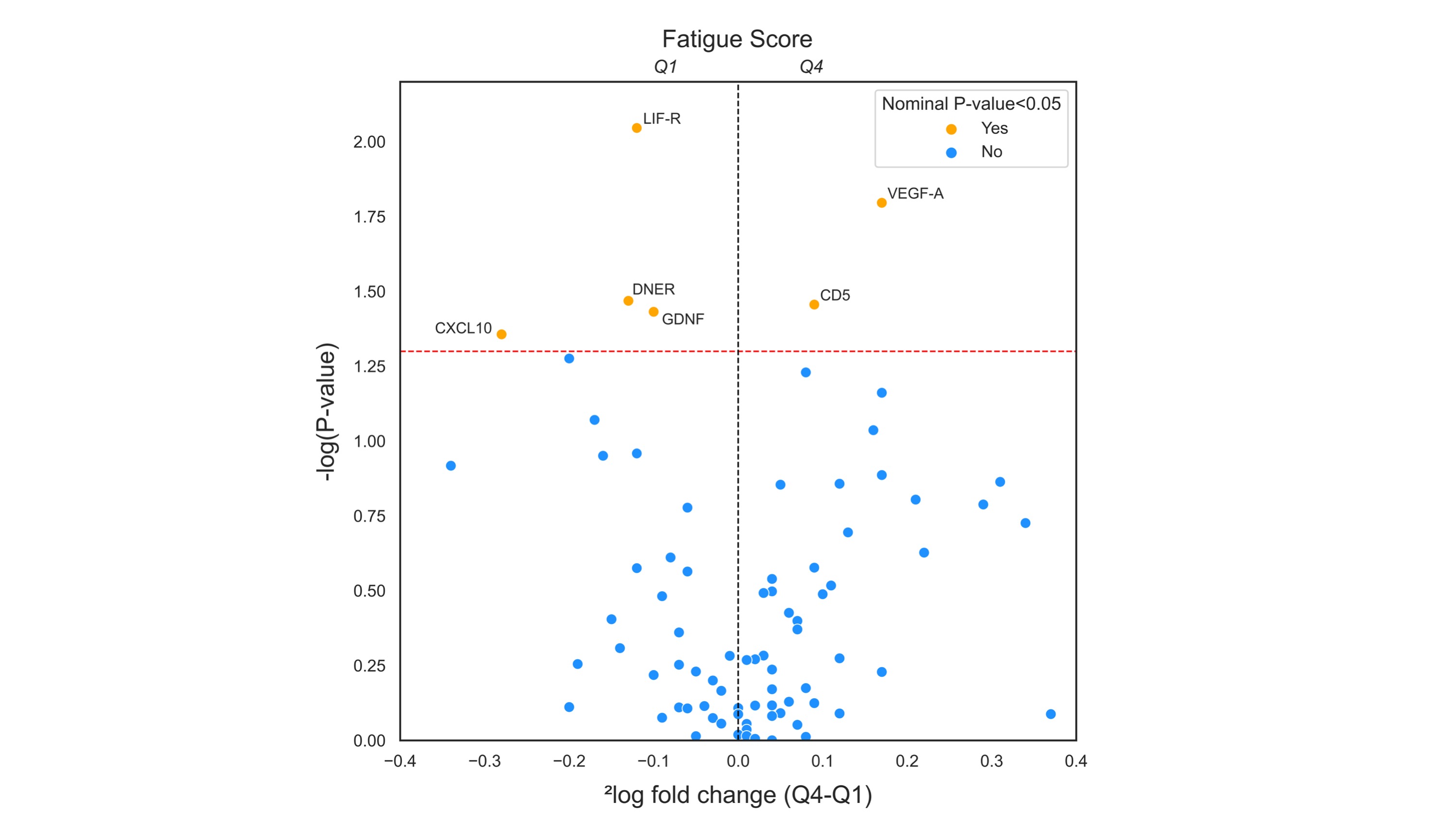 Fatigue in patients with IBD is not clearly reflected by distinct circulating inflammatory protein signatures, which suggests that subclinical immune activation as defined by the studied panel of inflammatory proteins could not be detected. Reduced shedding of the LIF-R protein could be related to fatigue in IBD through modification of the oncostatin-M (OSM) signaling pathway, or through induction of pro-inflammatory phenotypes of T-cells, macrophages, or neural cells. Future studies are warranted to investigate other proteomic or metabolic markers that may accurately reflect fatigue in quiescent IBD, which might represent alternative pathophysiological pathways.