Early diagnosis of tuberculosis remains challenging due to the nonspecific clinical manifestations that can mimic other gastrointestinal diseases and range from acute to chronic abdominal disease. In recent decades, latent tuberculosis (LTI) has been of particular interest. Patients with inflammatory bowel disease (IBD) are at risk of contracting tuberculosis.
Aim: to identify the incidence of LTI in patients with IBD and its effect on the clinical, laboratory, endoscopic and morphological activity of IBD.

The study included 350 patients with IBD, who were monitored and a group of patients (188 people (UC = 80, CD = 101, MC = 7) who did not respond / or poorly respond to basic IBD therapy were identified. In this group, the determination of the quantiferon test was carried out. To achieve this goal, two main hypotheses were considered: assessment of IBD-associated and systemic vascular lesions (h/s CRP, platelet count, homocysteine, vit D, urine albumin, fecal calprotectin and lactoferrin; α-TNF, IL-1,IL-2,IL-4,IL-6,IL-8,IL-10,IL-18; endoscopic examination with pathomorphological assessment), assessment of changes in the thickness of the vascular intima and blood flow velocity (based on the doppler determination of the pulse wave velocity (PWV) and the thickness of the intima media (CIMT) on the common carotid, vertebral and subclavian arteries). 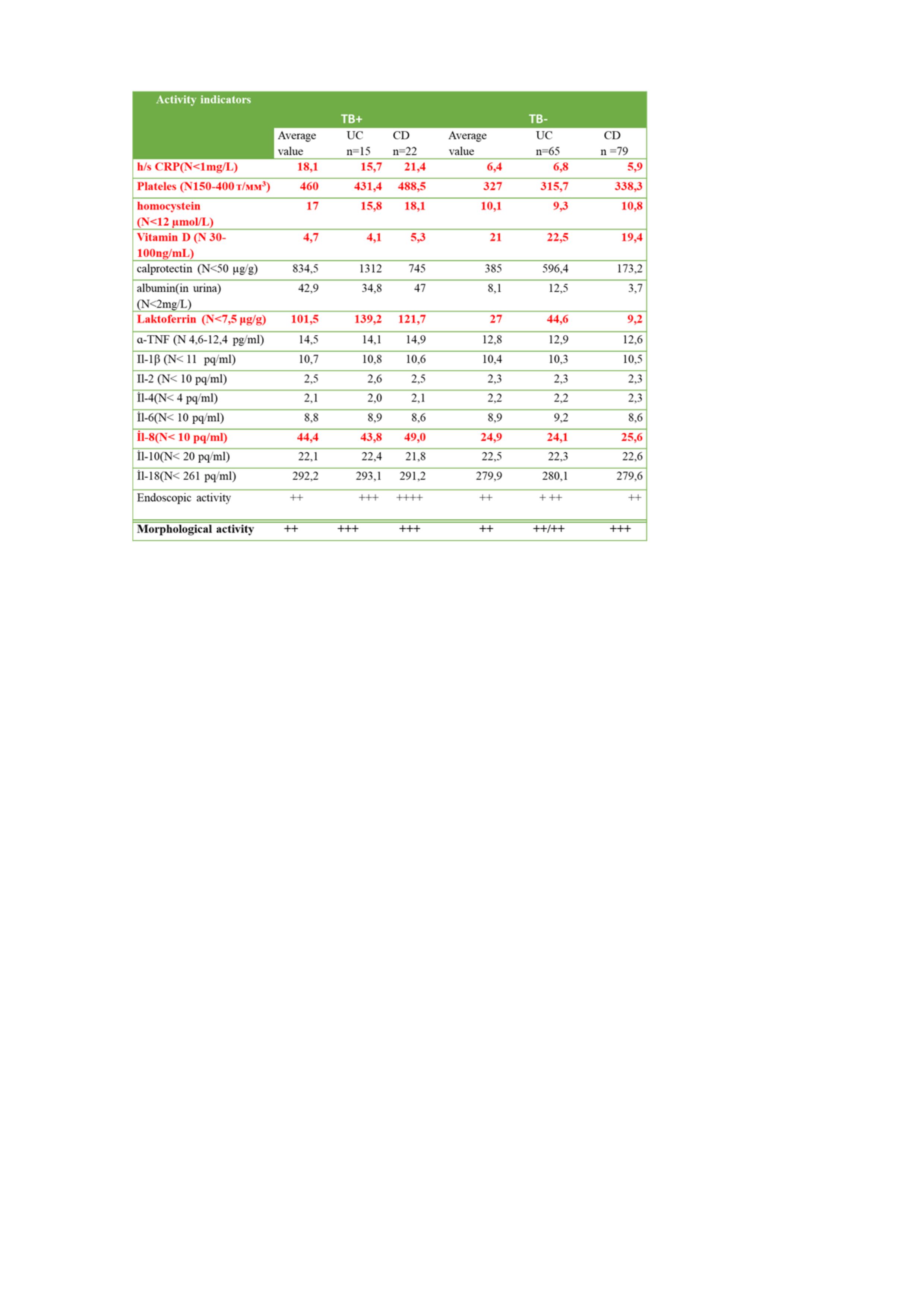 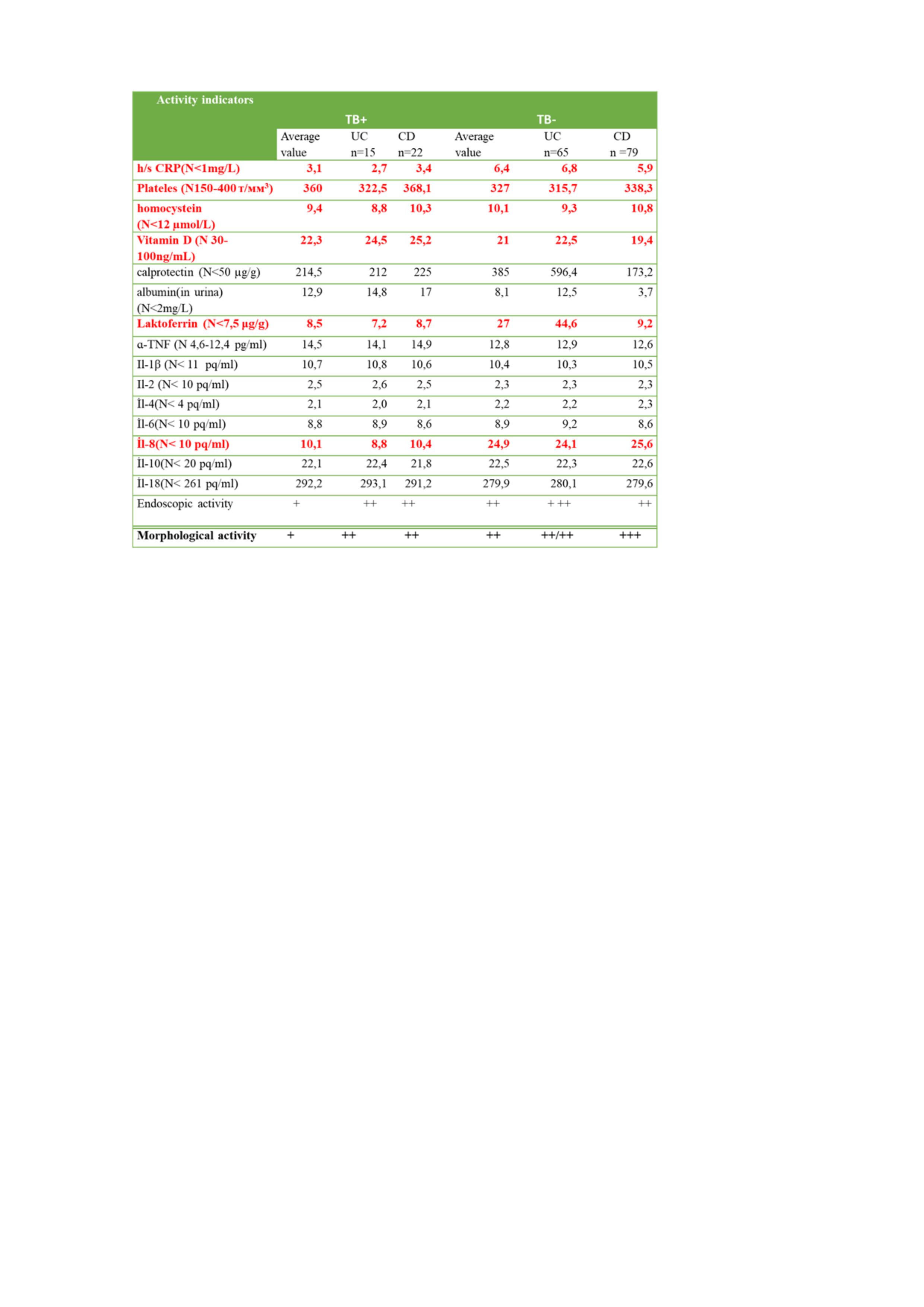 Conclusion. Comparing the results of the data before and after the treatment of latent TB in patients with IBD, certain dependences of the influence of infection on the course of IBD (h/s CRP, platelet levels, homocysteine, fecal calprotetin and lactoferrin, IL-8 and a decreased vit. D; changes, associated with damage to the vascular bed), endoscopic and morphological activity.