P243 Changes in the therapeutic management of inflammatory bowel disease in the biological era – a nationwide retrospective cohort study in three Nordic countries: Results from the TRINordic study

The use of biologic therapy has increased significantly during the last decade. In 2015, one in three Crohn’s disease (CD) patients and one in five ulcerative colitis (UC) patients had received biologics within 2 years of diagnosis 1 in Denmark (DEN), Sweden (SWE) and Norway (NOR). Whether this change in treatment strategy has resulted in changes in the use of conventional drugs (5-aminosalicylates [5-ASA], immunomodulators [IM] or corticosteroids) remains unknown. An aim of this study was to investigate the use of these drugs in the biological era.1 Høivik ML et al. Time to first treatment with biologic agents for ulcerative colitis and Crohn’s disease across four Nordic countries: Results from the TRINordic study, Submitted to ECCO 2020.

A total of 67,758 incident IBD patients (42,894 UC, 24,864 CD) diagnosed between 2010 to 2017 were included in a nationwide cohort in DEN, NOR and SWE. Information on drug treatment was extracted from the National Patient Registries and the National Prescription Registries. Patients were required to have at least 1-year of follow-up post-diagnosis; results are limited to patients diagnosed between 2010 to 2016, inclusive. 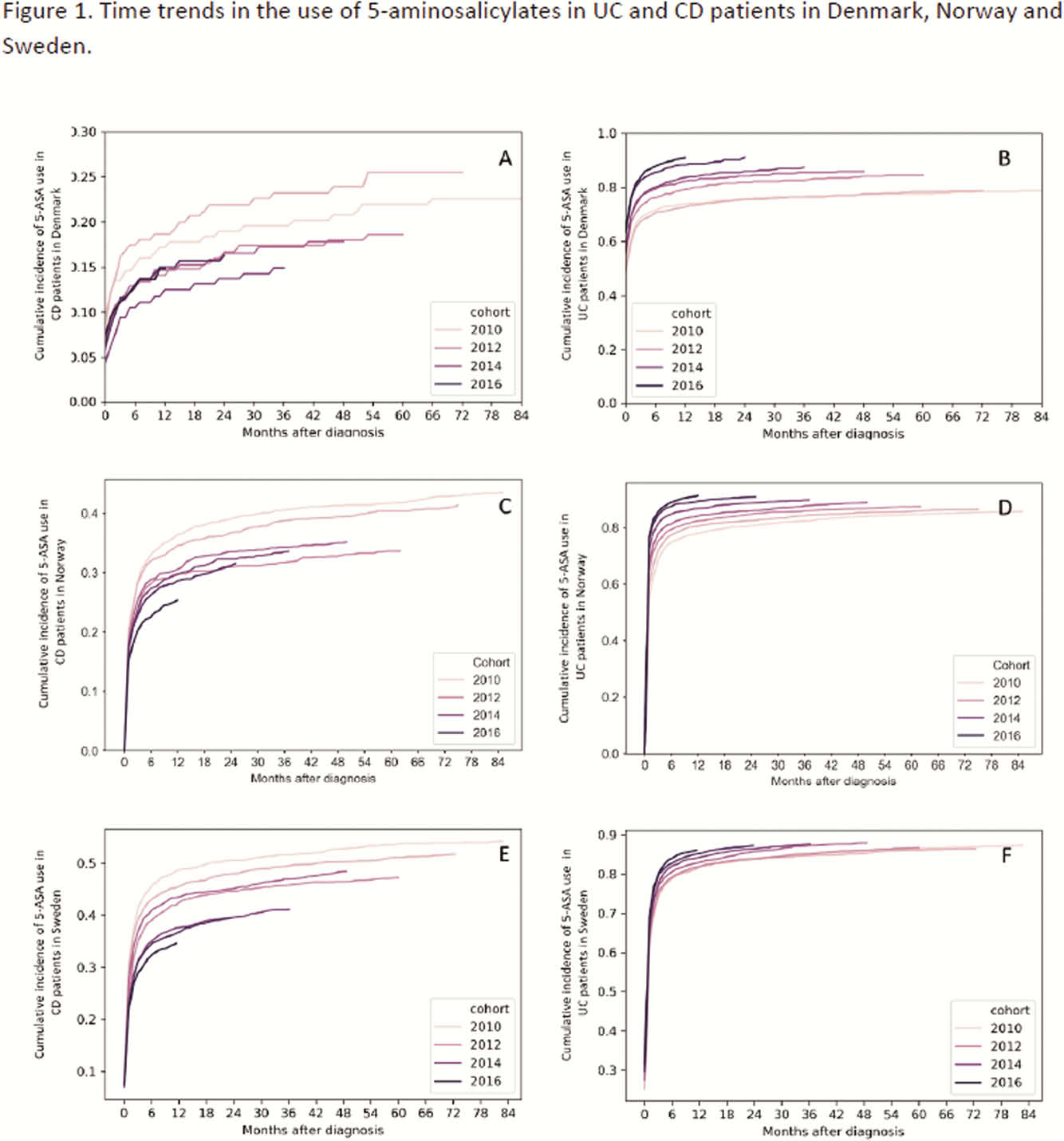 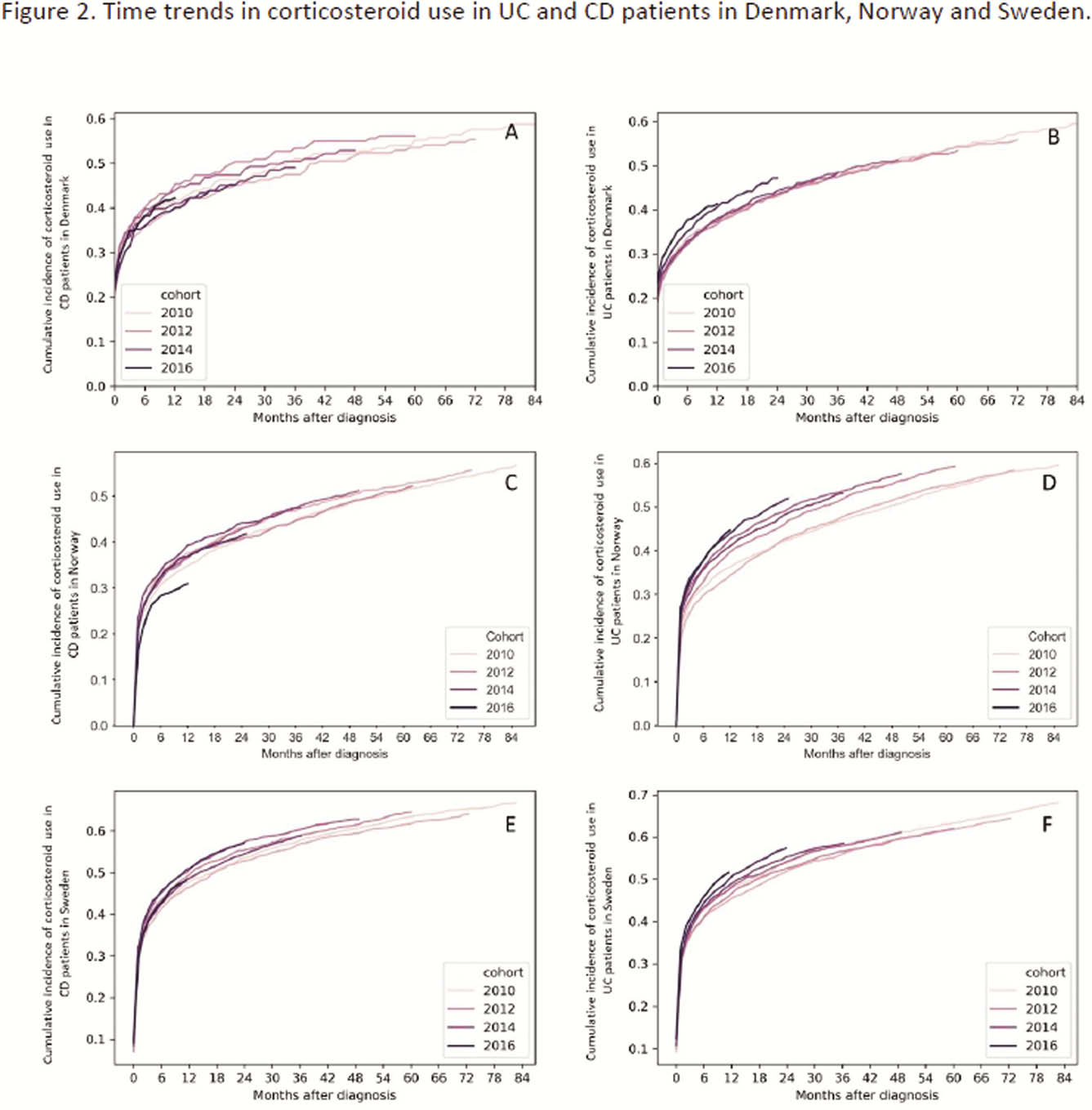 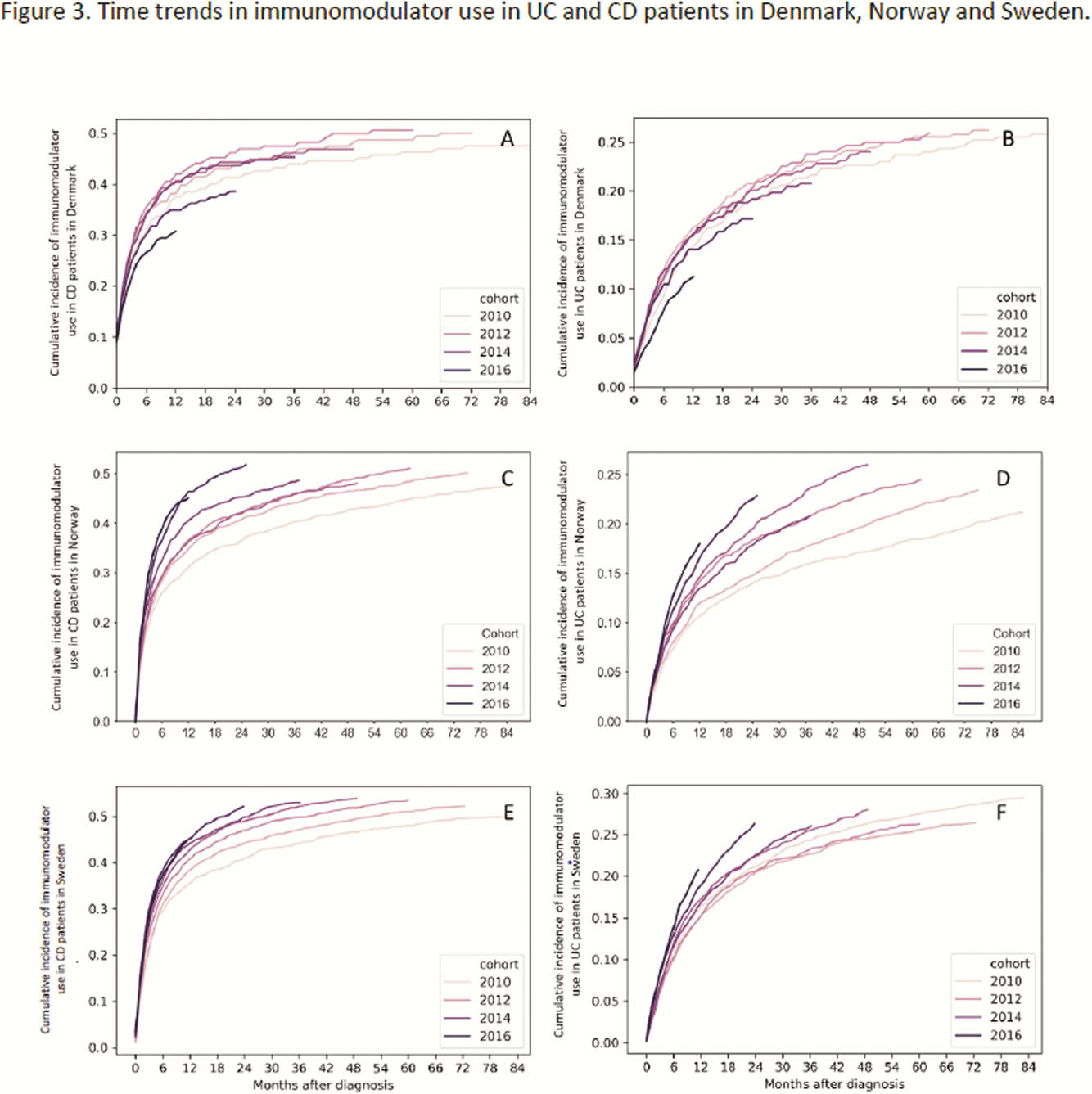 The use of 5-ASA declined over time in patients diagnosed with CD but increased over time in patients diagnosed with UC. Corticosteroid use remained stable in CD but increased over time in UC patients in NOR. The increasing and earlier use of biologics was accompanied by increasing use of IM in all countries. While this could suggest a more aggressive treatment approach, differences in treatment practices across countries might contribute to these findings. The impact of changes in treatment strategies on disease outcomes remains to be shown.