We calculated the incidence of CRC in our IBD population between 1998 and 2019 by cross-referencing the hospital’s CRC and IBD databases. All cases were adjudicated by IBD specialists to determine eligibility for surveillance using guidelines contemporaneous to the time of CRC diagnosis. For all eligible patients, a root cause analysis was conducted to determine whether there were missed opportunities to detect CRC.

Our search identified 94 patients with IBD and CRC. We excluded 16 patients diagnosed with IBD after the diagnosis of CRC. The overall incidence of IBD-associated CRC in East Devon from 1998 to 2019 was 0.17% per year (95% CI 0.14 %–0.18%) with no statistically significant change seen over time (2= 0.15, = 0.11). Fifty-one patients (65%) were male, the median age at diagnosis of CRC was 69 years (range 21–88) and the median duration of IBD prior to CRC diagnosis was 21 years (range 0–57). After adjudication, 42 (54%) patients were eligible for surveillance at the time of CRC diagnosis. Correctly timed surveillance colonoscopy identified 5/42 (12%) CRC cases, but failed to identify CRC in 6 (14%) patients with so-called interval cancers. Overdue surveillance colonoscopy identified a further 4/42 (10%) cases. Overall, 27/42 (64%) IBD-associated CRC cases were classified as having had missed opportunities for surveillance. Root cause analyses found that 10 (37%) patients had not been offered surveillance despite on-going secondary care follow-up. Four (15%) patients had a delayed diagnosis of CRC because of a failure to account for the adequacy of previous colonoscopic and histological findings. Thirteen patients were managed exclusively in primary care including 7 (26%) patients who had been discharged back to primary care without a plan for surveillance and 6 (22%) patients who were never known to secondary care. 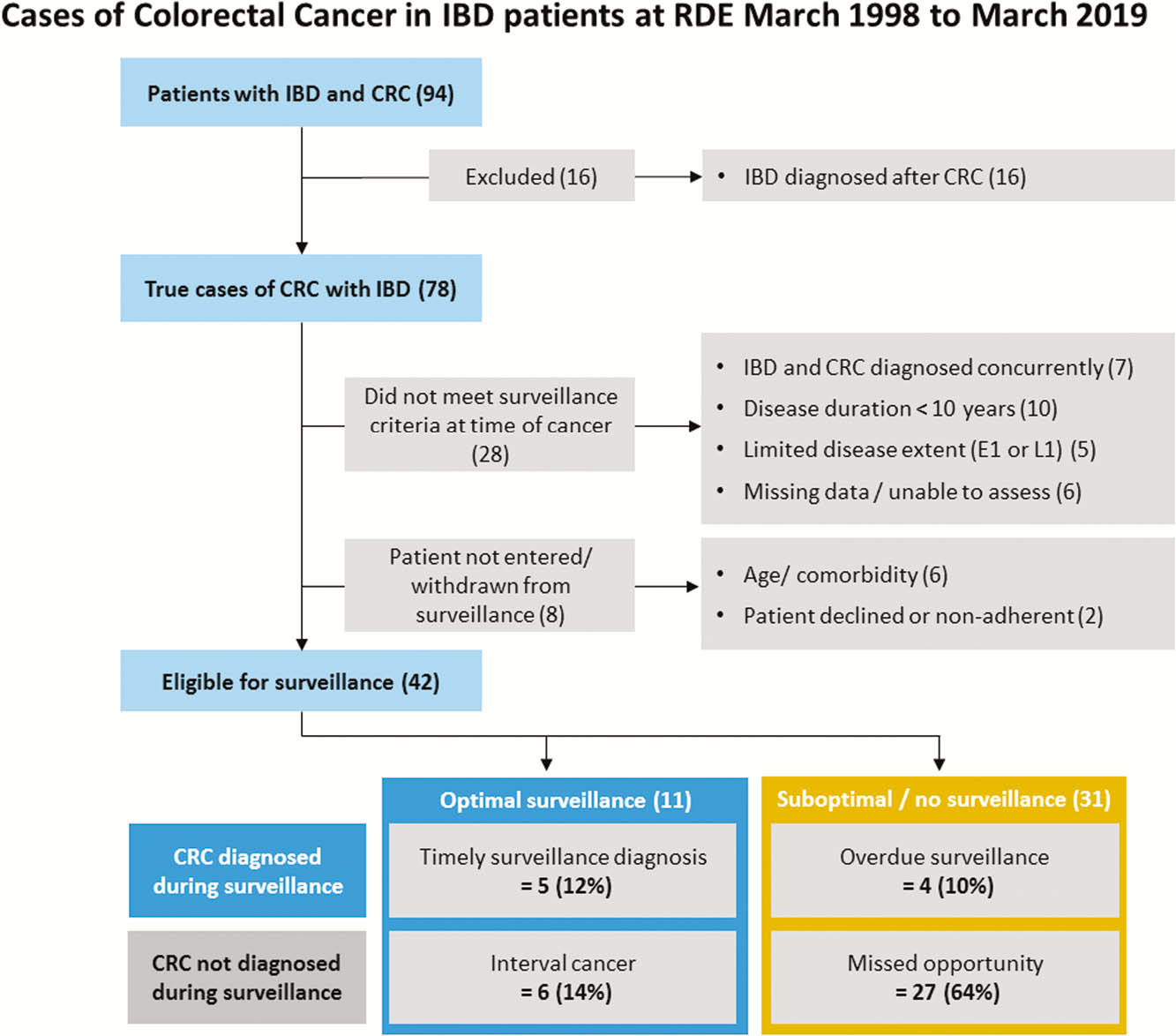 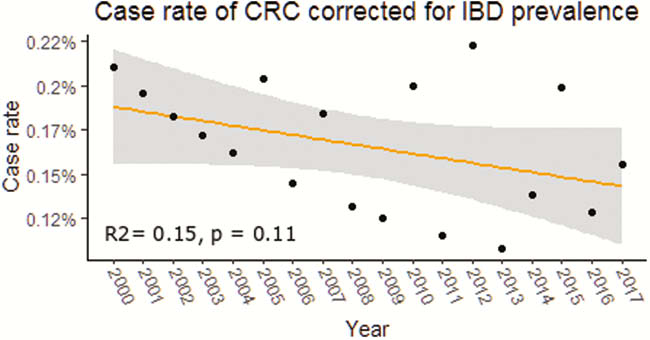