P261 Systematic review with meta-analysis: The impact of concomitant immune-mediated diseases on the disease course of inflammatory bowel disease

PubMed and EMBASE were searched from database inception through December 2018 and updated in October 2019 for studies reporting prevalences or odds, risks or hazard ratios of IBD-related disease outcomes in patients with and without co-existing IMIDs. Meta-analyses were performed to estimate summary prevalences and risks of the outcomes which included disease extension, IBD-related surgery and hospitalisation, malignancy, mortality and need of medication (biologic therapy, steroids and immunomodulators). IMIDs were stratified into primary sclerosing cholangitis [PSC] and ‘IMIDs other than PSC’. 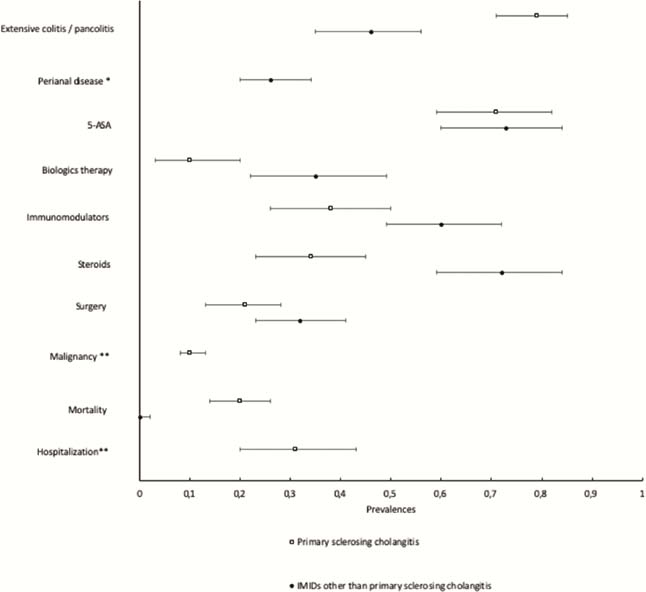 This meta-analysis found that IBD patients with co-existing IMIDs have a different disease course than patients without concomitant IMIDs. This study emphasises the importance of multidisciplinary care of IBD and that physicians caring for IBD patients need to be aware of IMIDs as a prognostic factor.