We performed a prospective study analysing FCP levels from pregnant women at 16- and 34-weeks’ gestation and 4- and 12-weeks post-partum. Basic demographics were collected including age, parity, medical history, BMI and smoking status. Patients with a history of gastrointestinal disorders were excluded. FCP concentrations were measured with a quantitative ELISA assay. 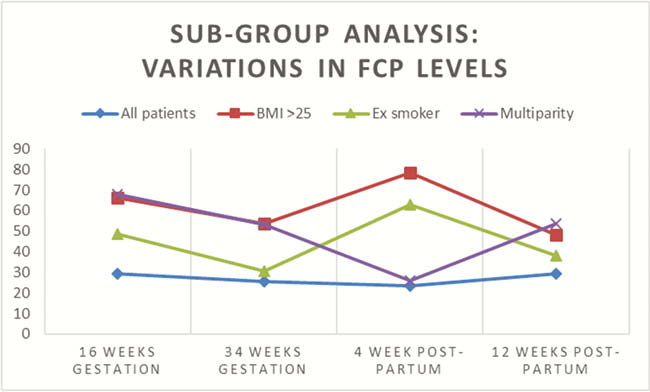 FCP levels are not affected by physiological changes in pregnancy or post-partum in normal healthy individuals without IBD. This confirms FCP is an effective tool for identifying flares of colitis during pregnancy. However, when using this tool, one should be aware that levels can be slightly altered by a patients’ smoking history and their weight and a detailed clinical history is essential when interpreting results.