Inflammatory bowel disease (IBD) patients are at increased risk of advanced neoplasia (AN) including high grade dysplasia (HGD) and colorectal cancer (CRC). Historically, a (sub)total colectomy was recommended in these patients, but alternatively, endoscopic resection or partial colectomy can be considered as well. We aimed (1) to identify factors associated with AN treatment choice and (2) to assess AN recurrence rates following different treatment modalities.

In this retrospective multi-center cohort study we used the Dutch nationwide histopathology registry (PALGA) to identify ulcerative colitis (UC), Crohn’s disease (CD) and IBD-unclassified patients diagnosed with colonic AN between 1991 and 2020 in seven hospitals in the Netherlands. Exclusion criteria were familial CRC or AN prior to IBD diagnosis. Data regarding the first (index) AN, treatment and endoscopic and surgical follow-up were collected. Recurrence was defined as colorectal AN (independent of colonic location) detected after treatment of index AN. Multinomial logistic regression and cox regression analysis were used to assess in respective associations with treatment choice and recurrence free survival. 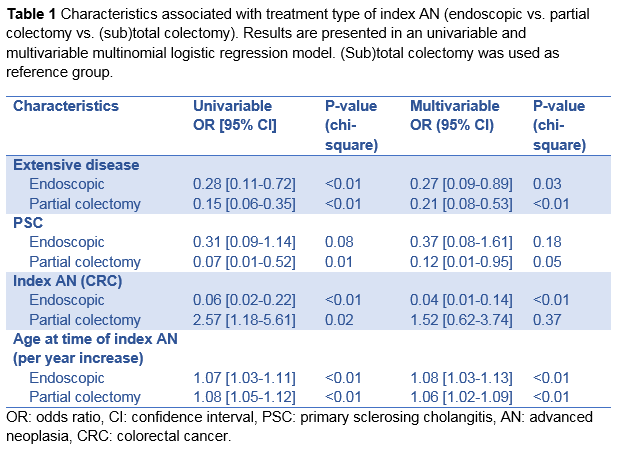 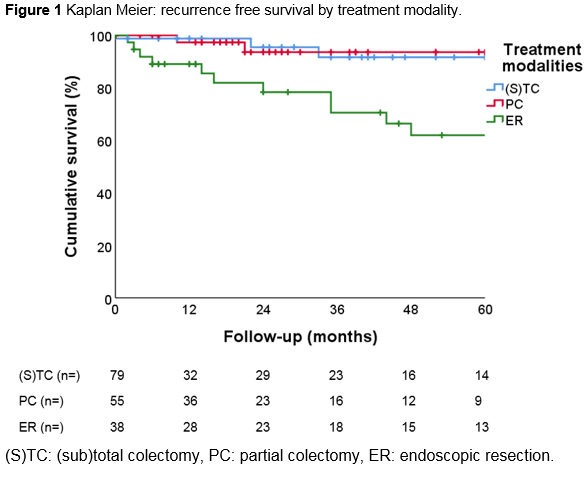