P293 Insights from patients with Ulcerative Colitis on disease burden: Findings from a real-world survey in Europe

Ulcerative colitis (UC) requires life-long management with symptom control and disease remission being the ultimate goals. Despite existing treatments (Tx), there are patients without fully controlled disease which impacts their health-related quality of life (HRQoL). We investigated the disease burden, including residual disease symptoms and quality of life impairment, among moderate-severe UC patients in remission and not in remission.

Data were drawn from Adelphi Inflammatory Bowel Disease (IBD) Disease Specific Programme, a point-in-time survey of gastroenterologists (GIs) and patients conducted in France, Germany, Italy, Spain and UK in Oct 2020-Mar 2021. Patient demographics, clinical characteristics (including mMayo components: stool frequency, rectal bleeding, endoscopic findings) and Tx history were reported by GIs while the patients reported symptoms, satisfaction with Tx, Short IBD questionnaire (SIBDQ), and EQ-5D at the time of consultation. Derived mMayo was used to define remission groups. Propensity score matching was used to compare outcomes among those with and without remission.

Data for 502 UC patients were included (mean age 38.9 years, 46% males, 67% employed, mean disease duration 5.2 years, and 61% treated with advanced therapies). At time of consultation, 74% of patients reported presence of symptoms, most frequent being fatigue (27%), abdominal pain (26%) and bowel movement urgency (26%); they were also reported as most bothersome symptoms (25%, 23%, 31% respectively) alongside bloody diarrhoea (28%). Since Tx initiation, patients stated no improvement in sexual problems (54%), sleep disturbance (47%), fatigue (33%), night-time urgency (27%) and no steroid reduction (22%). 37% of the patients were dissatisfied or believed a better control was possible with their Tx; common reasons were overall lack of efficacy (30%) and uncontrolled symptoms (30%). Symptoms reported by patients satisfied with their Tx vs those dissatisfied or believed a better control was possible are reported in Fig 1. Out of 502 patients, 66% (n=332) were in remission and yet reported that symptoms such as urgency, pain and fatigue remained (Fig 2). Whilst patients in remission had significantly better HRQoL measured by SIBDQ and EQ-5D, their scores were not optimal (Fig. 3, Fig. 4). 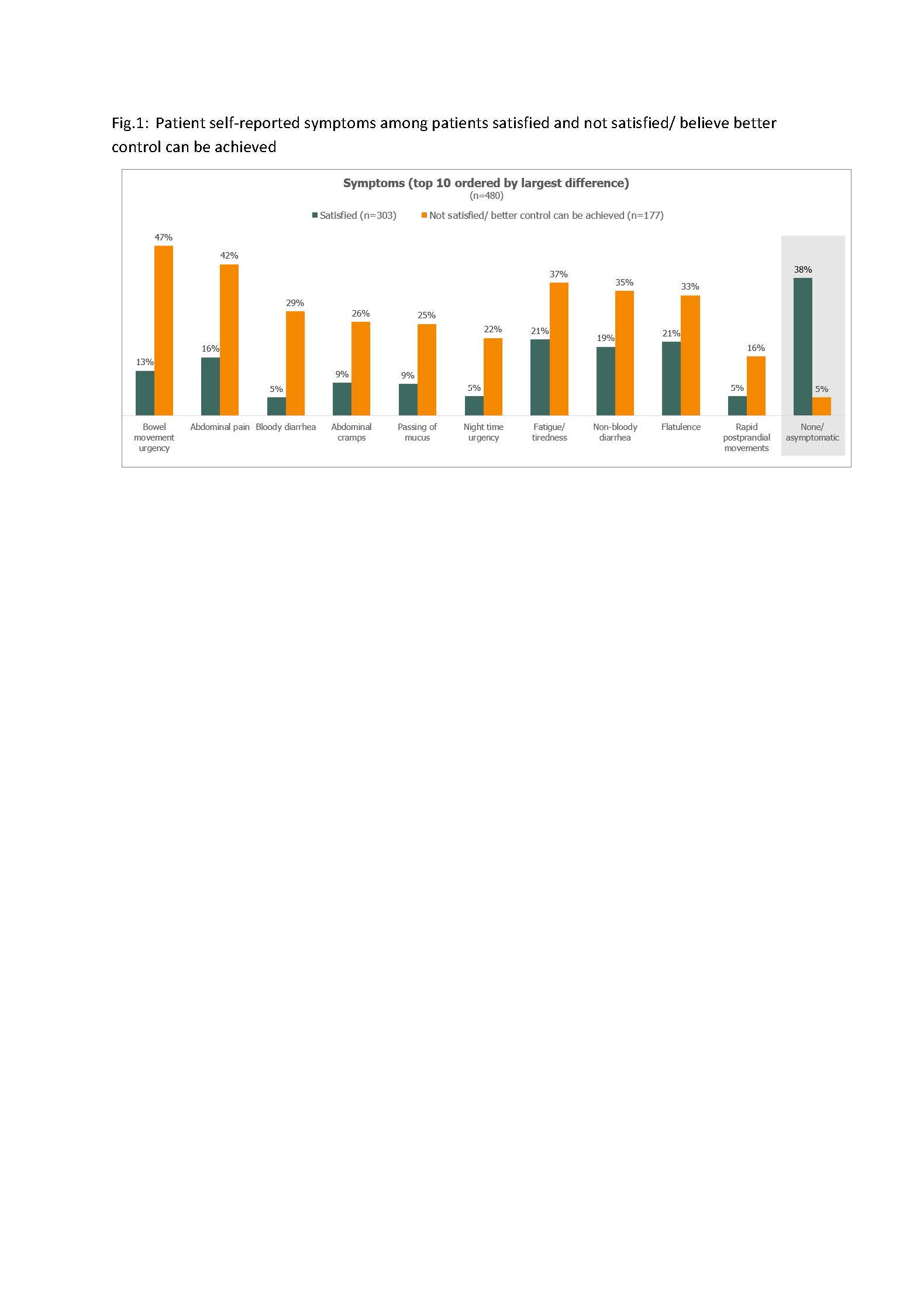 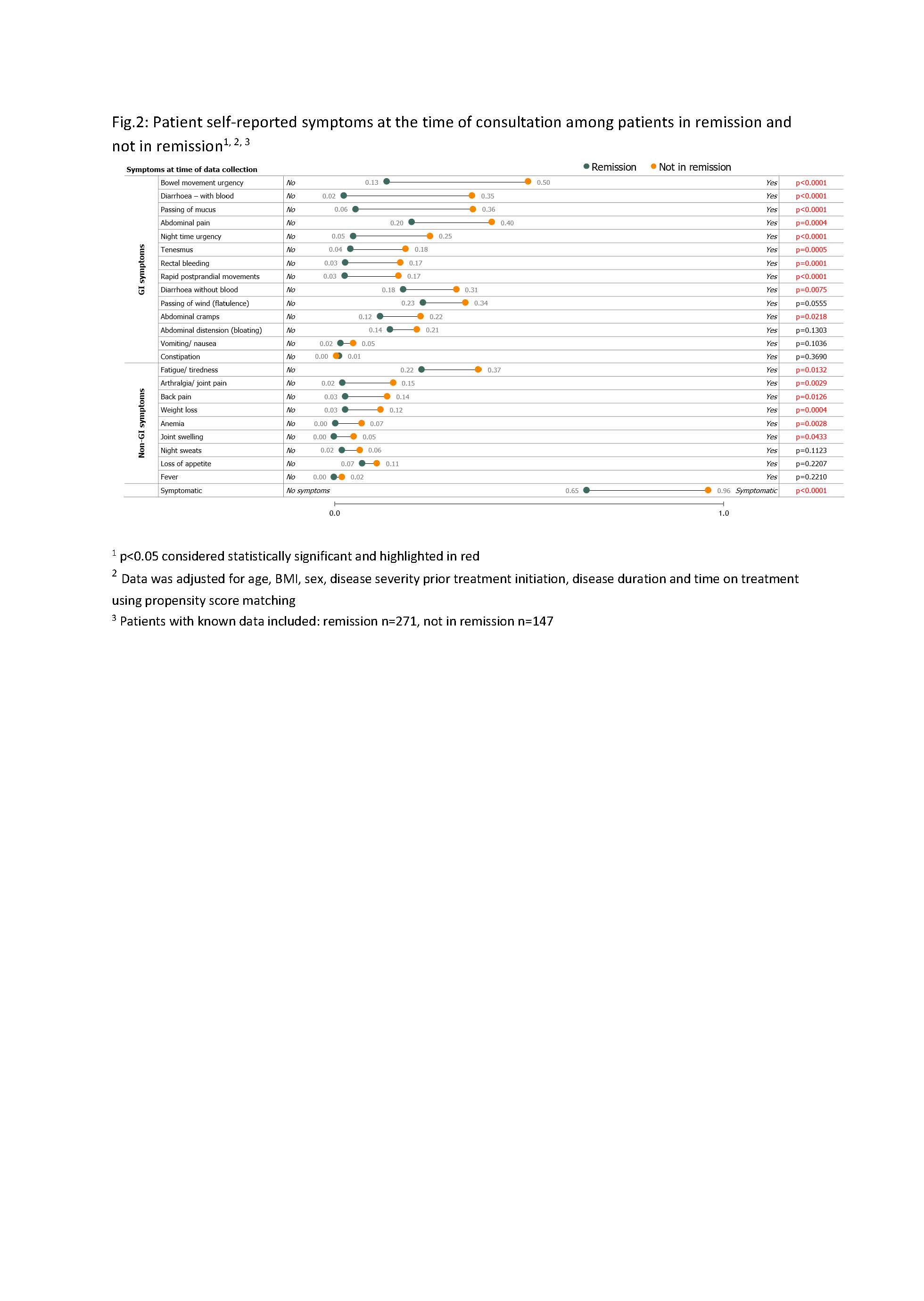 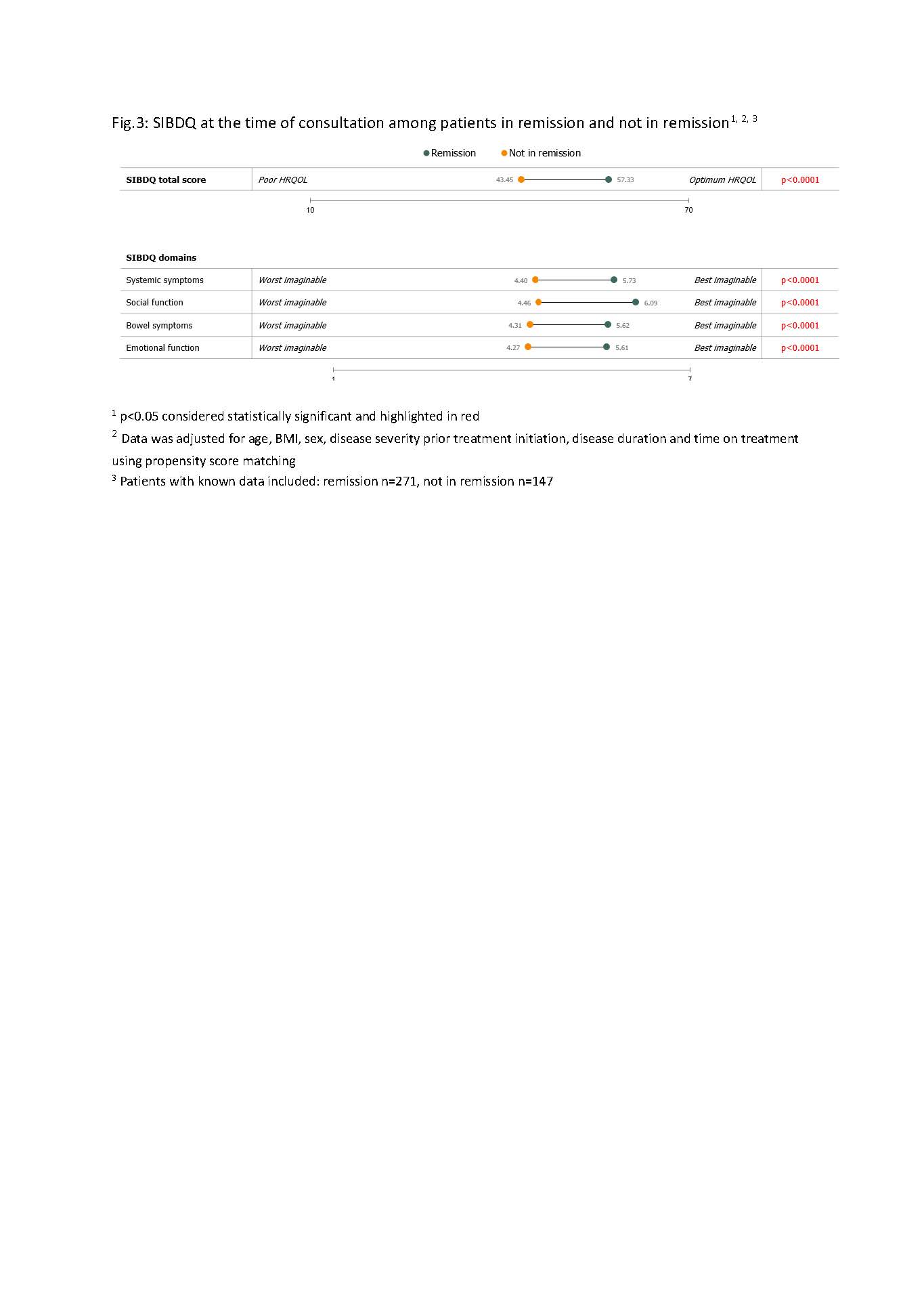 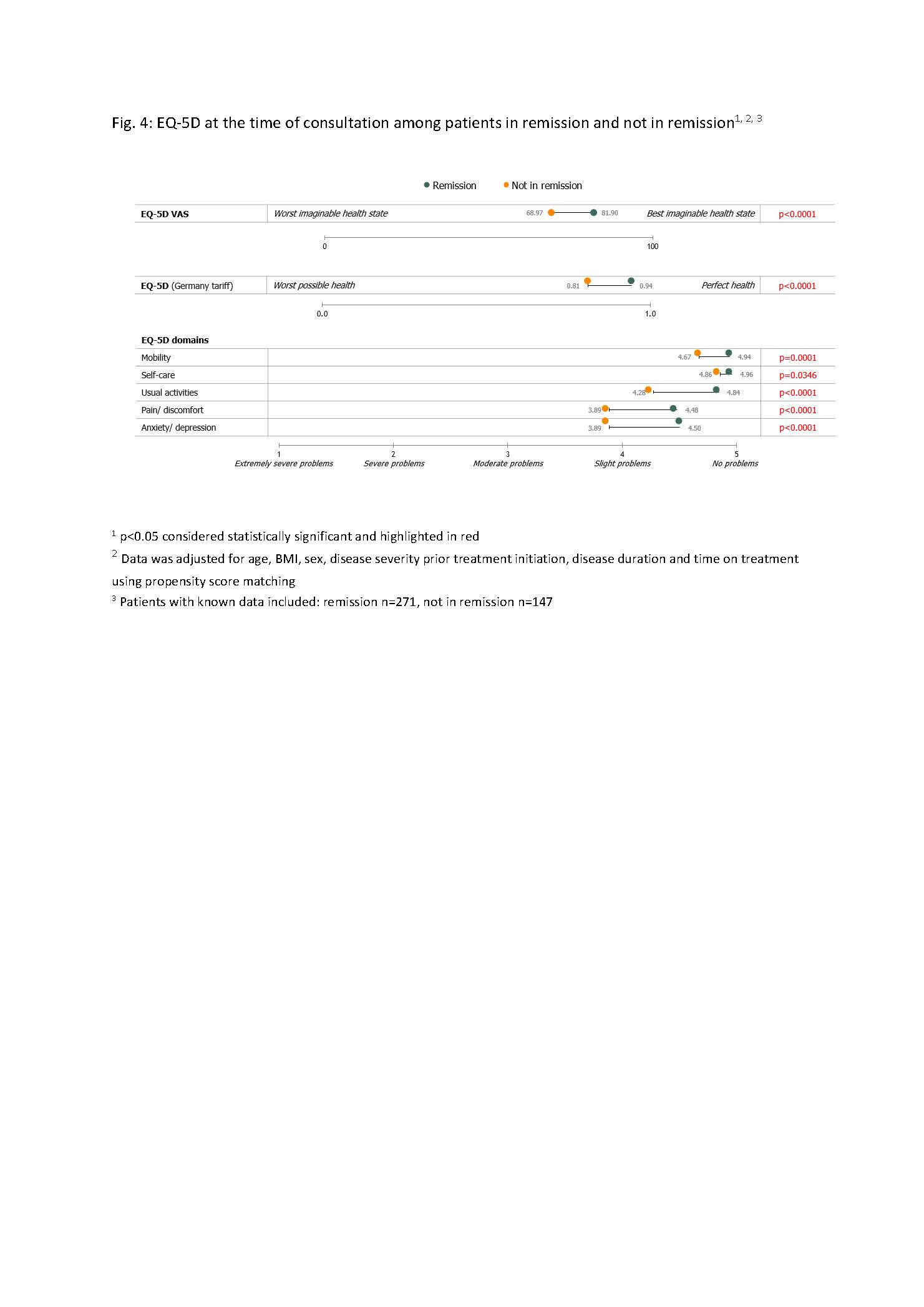 We found that 66% of the UC patients have achieved remission, however 65% of those patients still reported residual symptoms. Quality of life aspects related to pain, discomfort, anxiety and depression still remained unaddressed among patients in remission. Our data highlights the need for a holistic approach to remission in the management of UC.