5-aminosalicylic acid (ASA) has been the mainstay of treatment for ulcerative colitis (UC). However, it is unclear whether the medication can be stopped in patients with stable disease. We aimed to examine whether 5-ASA can be safely withdrawn in UC patients who have been in steroid-free clinical remission for at least 1 year.

This is a retrospective cohort study using a territory-wide healthcare database in Hong Kong. Primary outcome was development of UC flare defined as a composite of new corticosteroid use, UC-related hospitalization or surgery within 5 years after stopping-5ASA. UC patients who were on oral 5-ASA ≥ 2grams daily for at least 1 year, who had C-reactive protein <1mg/dL and no escalation of 5-ASA dosage, no UC-related hospitalization and no use of corticosteroid in the past 1 year were included. UC patients who were on biologics were excluded. Patients were classified as stopping 5-ASA if 5-ASA had ever been withdrawn for at least 90 days within the follow-up period. We performed multivariable Cox regression models adjusting for demographics, blood parameters and immunosuppressants used. Adjusted hazard ratio (aHR) with 95% confidence interval (CI) was reported comparing groups stopping 5-ASA and those continuing 5-ASA. 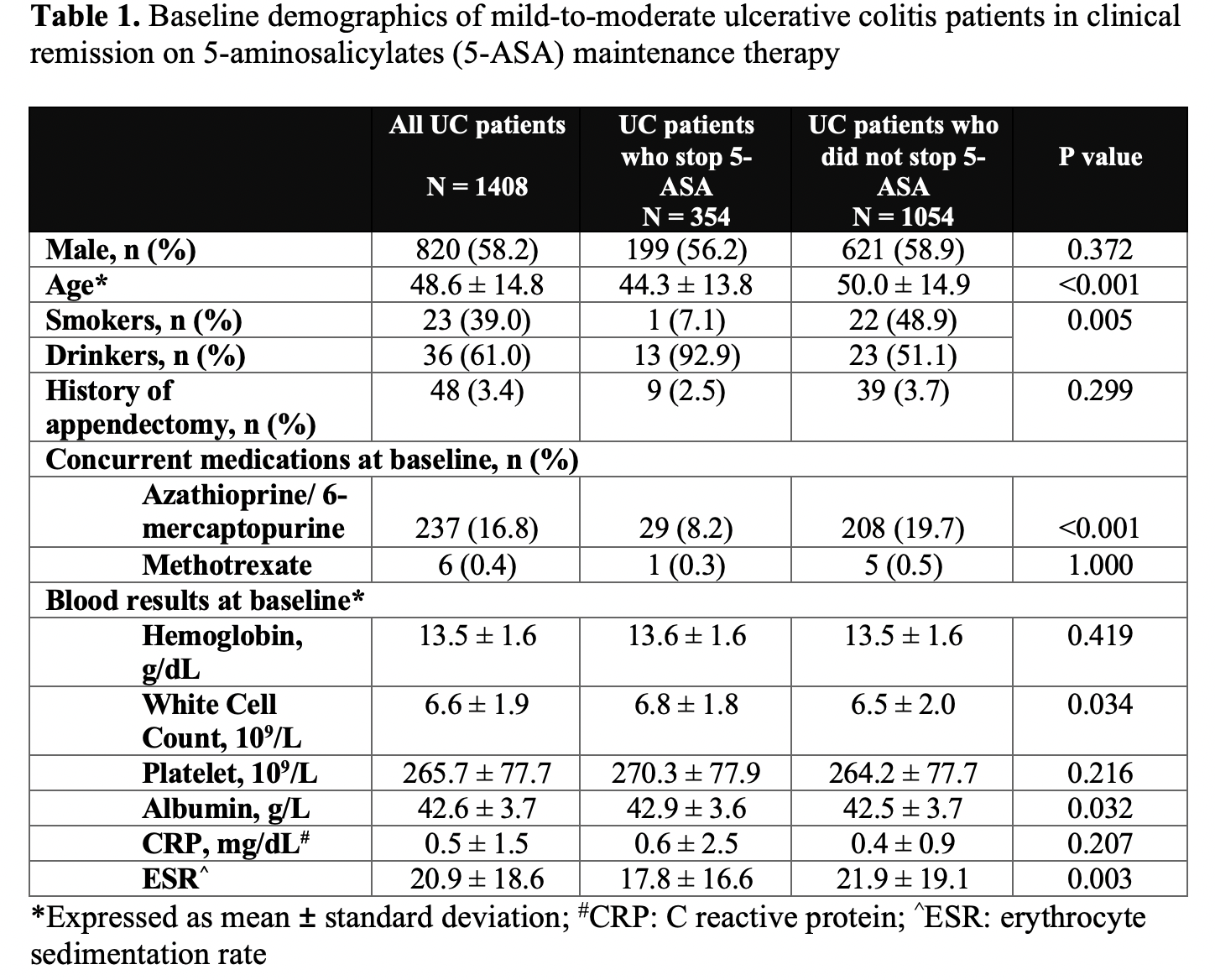 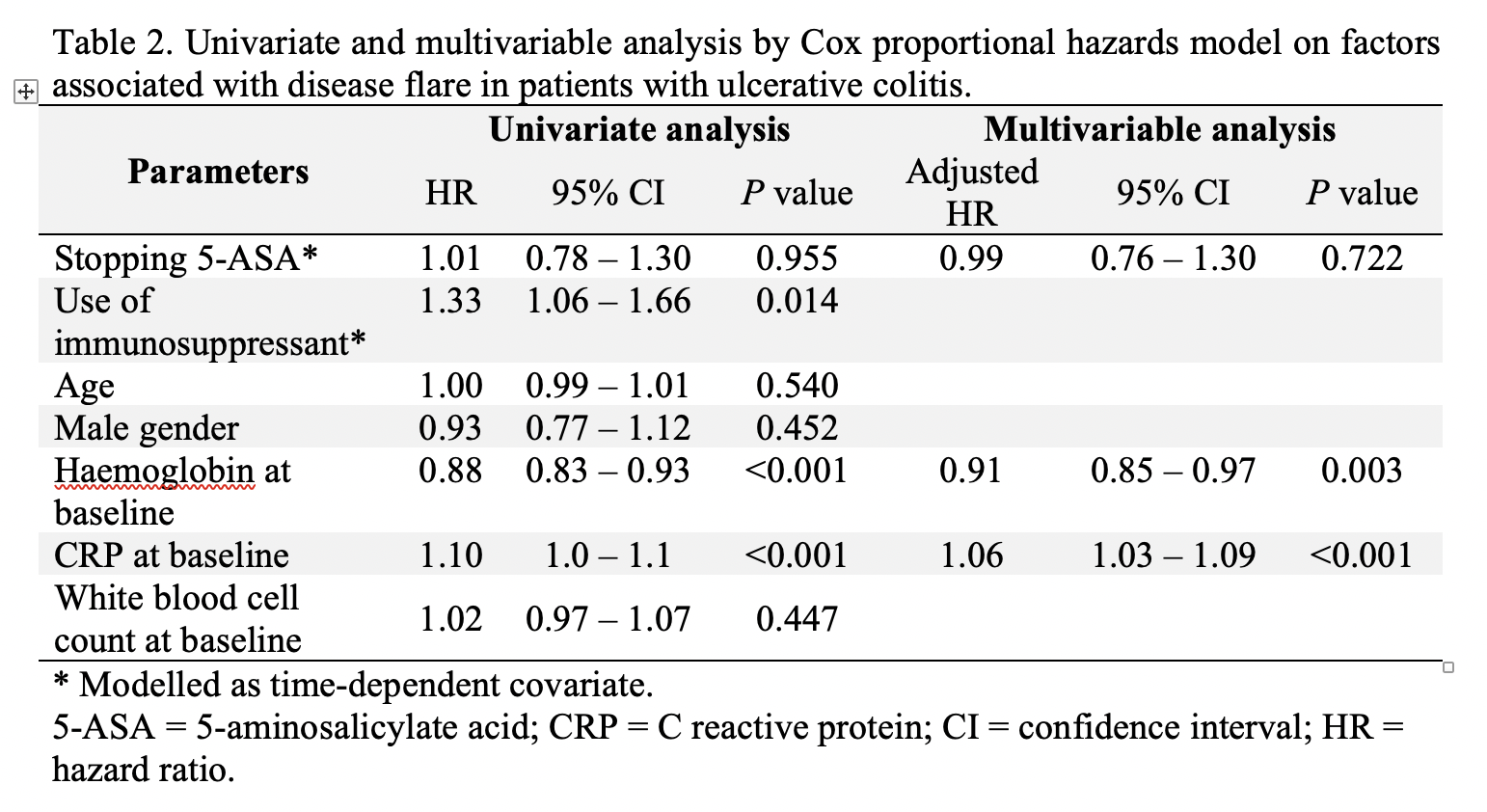 Stopping 5-ASA in patients with UC who have been in clinical remission for over one year was not associated with increased risk of flare. These results should be validated in prospective randomized controlled trial.