The objective of this study is to assess the degree of parietal involvement with ultrasound and see how they influence the prognosis according to the findings.

It was defined as ‘parietal healing’ the normalisation of ultrasound findings in a previously affected segment (parietal thickness less than 3 mm and absence of parietal hyperaemia). Therefore, patients with absence of ultrasound activity but without reaching parietal healing were considered to be those without significant inflammatory signs (parietal thickness <4.5 mm and absence of hyperaemia or other inflammatory data) but who had not ‘normalised’ the previously affected segment. 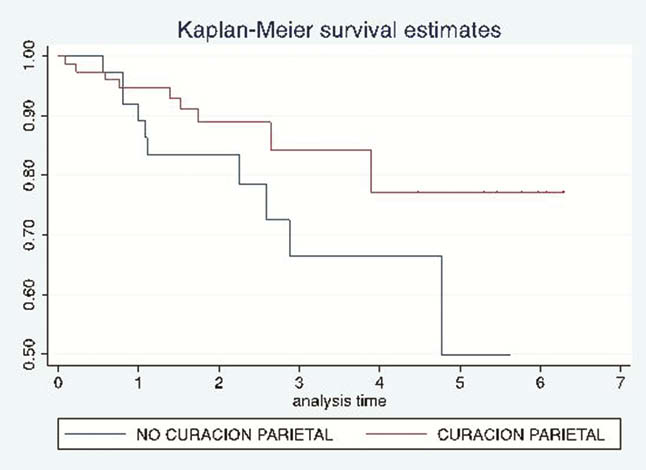 To conclude, detecting parietal healing by ultrasound improves prognosis by decreasing the number of outbreaks and increasing the median survival until outbreaks occur.