We identified all IBD patients with colonic SLs from 1996 to 2019 in a tertiary referral centre using the local histopathology database. Patients with neoplasia prior to SL diagnosis were excluded. Clinical data from patients’ charts were retrieved until June 2019. A subgroup of 135 SLs was reviewed by two pathologists. The log-rank analysis was used to compare the cumulative (advanced) neoplasia incidence in IBD patients with SL vs. IBD patients without SL undergoing surveillance in the same time period. Patients were censored at the end of surveillance or at colectomy. 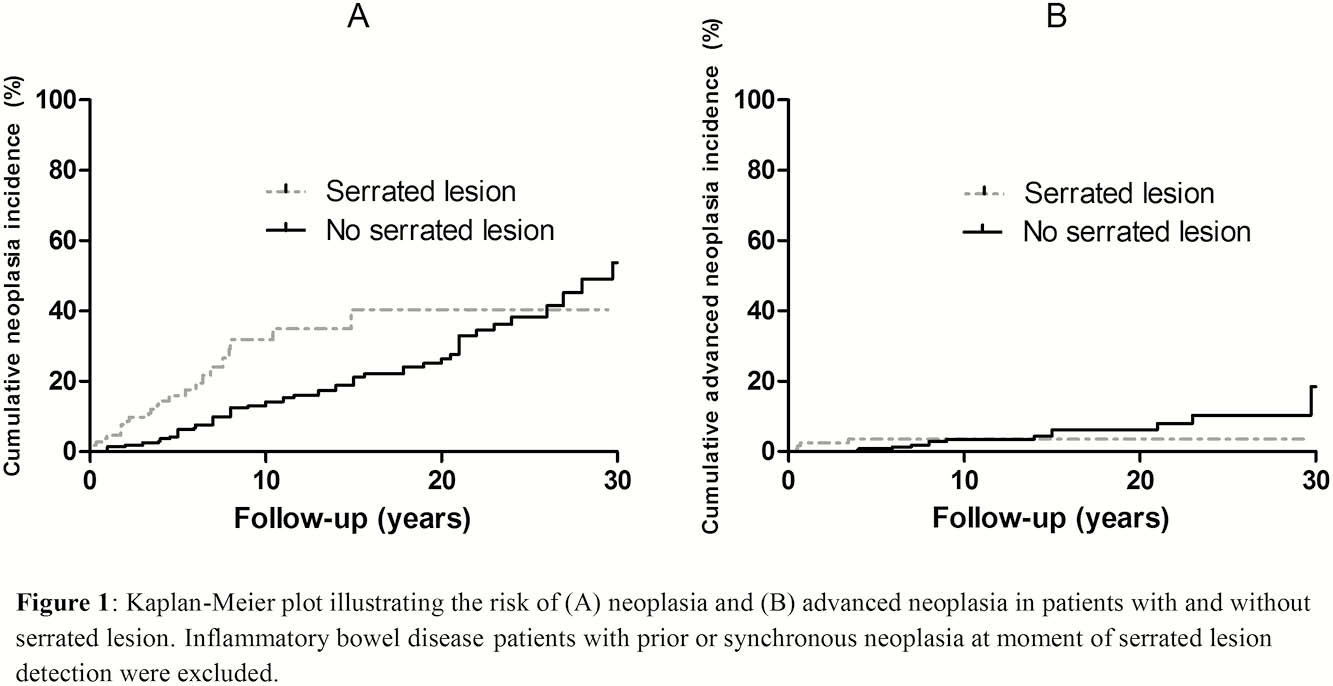 The presence of SLs in IBD patients was associated with a relatively high risk of synchronous colorectal neoplasia as well as an increased risk of subsequent neoplasia, although not with an increased risk of advanced neoplasia. Histopathological review confirmed the SL diagnosis in the majority of lesions, although a large proportion of the hyperplastic lesions was reclassified as a sessile SL.